At fifteen, I took on the role of Popper out of necessity, forgetting the person I was. That's when I became the lead singer of a grunge metal band.
Now at twenty-two I'm cocky, a pessimist, and violent. My shrink is even fed up with me, suggesting I try something radical to appreciate the value of life. She gives me a card that leads me to him, and ultimately I find . . . me.

Brandace Morrow is a full time mom of four, and currently stationed overseas with her sexy soldier. Her recent obsessions are Maroon 5, rum and coke, and reading in no particular order. Despite being terribly awkward with social media, she's everywhere. Frequently subjecting the public to pictures of her minion's messes, and everything that is Momdom in the Morrow house.

Posted by Unknown at 8:26 AM No comments:

When Drew McKenzie presents Maxine Kirk with an ultimatum, challenging her to engage in his wanton brand of desire, she readily embraces her awakening hunger for a lifestyle that defies her perceptions of romance.

Entranced by Drew’s charming appeal and by his sensual assault to her senses, Maxine clamors to discover every nuance of this new relationship, ravenous to explore verboten fantasies that seem possible to fulfill only with Drew.

Along the way, he introduces her to his glamorous world of wealth and celebrity—where lavish galas and luxurious gifts are the norm—and entices her into his realm of control with his tender mode of domination.

All the while, however, they both grapple with painful emotions brought about by the extenuating circumstances of their separate pasts.

While Drew remains both confident and conscientious in his parlay of power over Maxine, his own tragic secret lurks in every shadow upon his path in life. Behind the façade of his stage persona and the origin of old Manhattan society, he struggles to hide the unforgiving reality he faced as a child.

Just as Maxine finds the strength to conquer her own torment with Drew’s patience and guidance leading her toward closure, terrifying truths begin to chip away at the surface of his composure.

As the nightmarish details of Drew’s unimaginable life emerge, he fears that this new world he’d begun to build with Maxine will crumble around him.

As Maxine finds herself embroiled in the battle to save Drew’s tortured soul from the atrocities that continue to stalk his every move, two lost souls struggling to find comfort and completion converge.

However, as Drew opens his heart to Maxine’s unwavering support, he questions his own bravery, wondering if she’ll take a bow and make her exit…or if she’ll stick around for the encore? 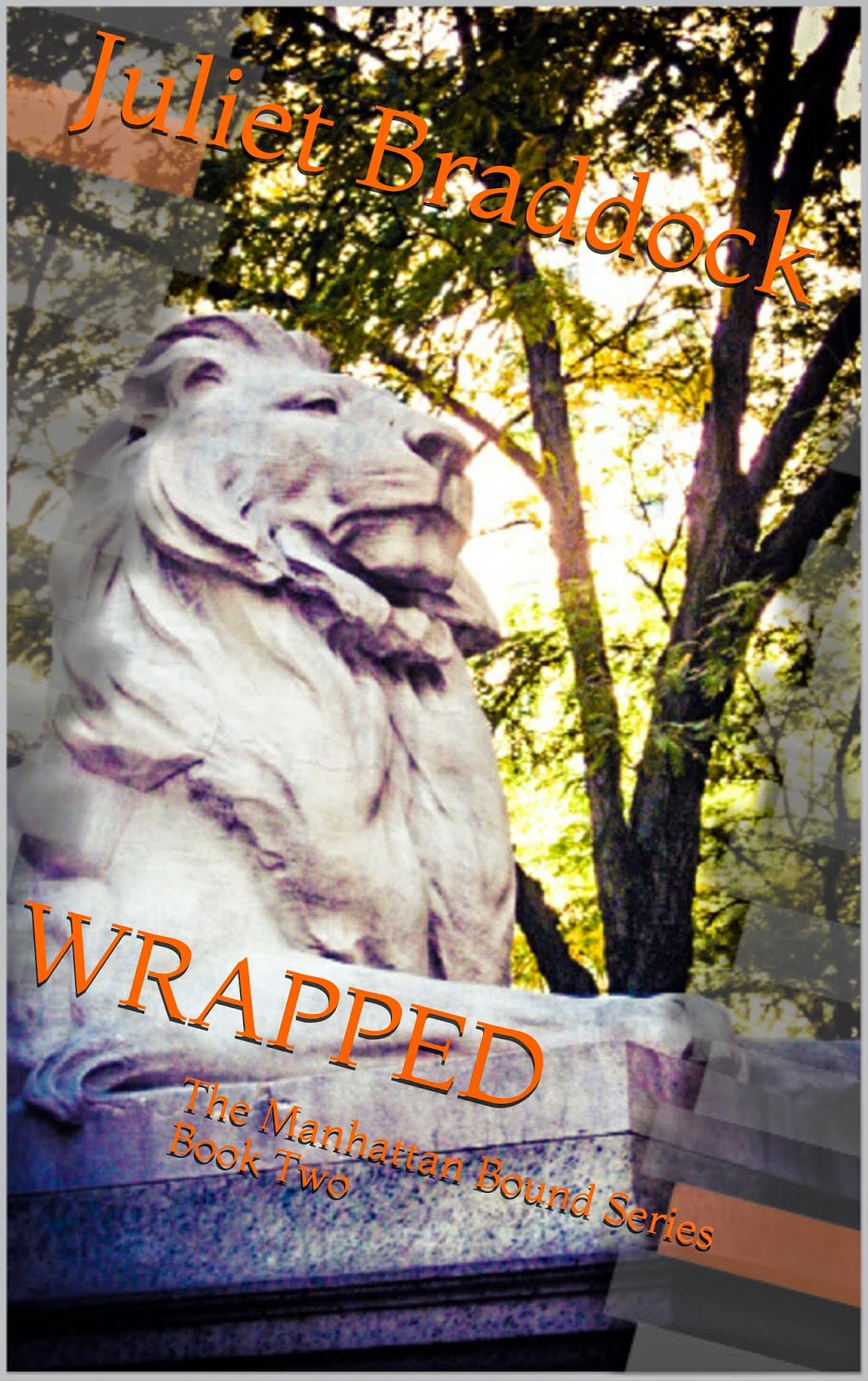 “Excuse me, Kind Sir,” Maxine's shy voice echoed softly as she poked just her head out of the bedroom door. “Would you please help a girl out with her dress?”
Drew had been fussing with his bowtie in the standing mirror in the hallway and straightening his cufflinks when she called. The sweetness of her expression resounded against his ears, as he pulled in a deep breath, anticipating this moment he'd been longing for all afternoon. At last his little one was ready for the ball...
On the other side of the door, Maxine had been in panic mode, carefully applying her make-up and struggling to make sure that every last hair was in place and perfectly pinned. Drew had offered to hire someone to do her hair and make-up to alleviate some of her stress, but Maxine insisted on handling every last brush stroke herself.
When Drew finally opened the door, he stopped—dead in his tracks as if trapped within the frame. His lips parted; his eyes softened as they cast upon Maxine.
Arms wrapped around her chest to hold the bodice in place while she waited for his assistance, Maxine couldn't help but to do a bit of staring herself. He looked so stunningly handsome in his simple black tux and tie, his hair—for once—in perfect place as if he were on stage, she mused to herself. The last time she’d seen him in a tux was on television at the Tony Awards. How times had changed…
Yet self-doubts began to surface. So typically Maxine, she fretted, wondering against his scrutiny if she looked appropriate—if she could actually play the role of date to Drew McKenzie that evening, if she truly measured up to the standards required for being there at his side and on his arm.
However, his gaze upon her left her slightly trembling in its wake. She'd wound her shiny locks into a French twist with tiny auburn ringlets playing so delicately around her face. The teal silk of the gown silhouetted every last curve of her body that he knew so well. Dangling and sparkling, the emerald earrings truly did accentuate the beauty of her honest green eyes. She’d even gained some weight, which pleased him to no end. He was simply elated to see a happy—healthier—Maxine standing before him, with a timid confidence that he found so endearing.
By the time he smiled at long last, his silence had nearly killed her.
“Little one...oh, my sweet little one...” His stride was slow, closing the distance between them. “What the hell does a man say to the most beautiful woman in the world?”

Juliet Braddock’s first efforts in creative writing came long before she learned to put crayon to paper. In fact, she began spinning stories in her head nearly as soon as she could form complete sentences. As long as she can remember, she’d always created sagas about imaginary friends, family members and pop culture icons, and kept everyone around her entertained with her witty—but often very tall—tales.

For her sixth Christmas, Juliet’s mother got her a child’s typewriter to preserve all of those creative thoughts filling her head, but she quickly switched to ball point pens and notebooks when the ribbon ran dry.

Most of Juliet’s early attempts at writing romance focused on members of Duran Duran and Spandau Ballet or young leading men on Broadway. However, as she matured as a writer, she decided that it was just as much fun to create her own romantic heroes and heroines.

At an early age, she also developed a love for big cities, and the tallest of skyscrapers were never high enough for her. Juliet’s wanderlust would eventually lure her to New York, a city she often visited during her formative years, and her love affair with Manhattan began. She’d promised herself that one day she would return for good.

Juliet’s passion for writing and for big cities converged, and after graduating with a degree in Journalism, she decided to set out on a journey to find her heart…just where she’d left it.

A week after her college graduation, Juliet made the big move from a small town to New York City, where she has made her home ever since.

In between building a career in communications and writing on the side, she’s indulged in international travel, theater and art. A wine and food buff, she’s by no means a connoisseur, but she can give a few good restaurant recommendations if you’re in the city.

“There’s something so inspiring about living in a city like New York that’s so rich in culture and so very vibrant. Every neighborhood has its own story to tell,” Juliet says. “I often do my best plotting on the subway, just observing the lives unfolding around me. New York truly has a billion stories nestled between the skyscrapers.”

A proud Manhattanite, Juliet couldn’t live anywhere else—except for Paris, perhaps—and is a gushing cat-mom to a Russian Blue mix who was rescued as a kitten from the streets of Brooklyn.

Click HERE for your chance at a $10 Gift Card (Amazon, B&N, or iTunes - Winner's Choice)
Follow the instructions on Juliet Braddock's post to enter.
Giveaway Opens: March 21st at 12:00 AM EST
Giveaway Closes: March 28th at 11:59 PM EST
*This giveaway is sponsored by Juliet Braddock.  Giveaway is not sponsored by Enticing Journey Book Promotions or Facebook*