Release Blitz: Another Chance On Love by CL Rowell (June 1)

A story about first love, lost love and new love.

When his high school sweetheart dies before they can truly enjoy being married, Brandon isn't sure he wants to let anyone that close again. He’s sure her memory, and their child, is all he’ll want or need. So when he starts feeling sparks of attraction for his daughter’s godmother, he isn't sure how to react. Stung once by life’s fickle whims, he doesn’t want to risk his heart again - especially when he has an innocent child to consider, too. But fate - and a hard headed little girl - have other plans…and they think Brittney and Brandon are a perfect fit.

Can Brandon find room in his wounded heart for Brittney?

Can he be persuaded to take another chance on love? 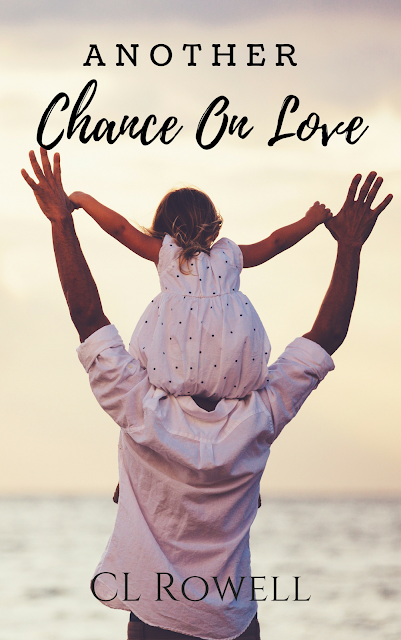 “Unbelievably heart-wrenching, laugh out loud chuckles, intense and gripping nail-biting on the edge of your seat impossible to put down perfection at its finest!” ~ Goodreads Review (Treasa)

I am a southern girl, born and raised in crawfish country. I love to write romance - and read science fiction and fantasy, horror, romance and erotic romance. I'm a bit of a poet, but mostly when I'm feeling emotional. My friends tend to come to me when they need poems. I've been all over the continental US. My fave state? Oregon, because it has it all - beaches, ocean, mountains, caves, valleys, desert. I've been to Canada. I've driven an 18 wheeler...I'm 5'1", lol. I wanted to be a race car driver, but my first love is reading/telling stories. Why? Because between the covers of a book, you can go anywhere, be anything, and do whatever you like...all in the span of a few hours.

The Broken series follows best friends and business partners Clay, Spencer, and Brant as they go from building custom dream homes for high profile clients to realizing their own dreams with three feisty, fierce women who can't resist men who are good with their hands.

Otherwise known as Denson, Virginia - a small town in the shadows of the Blue Ridge Mountains - a town shrouded in the pain and tragedy of the past.

As partner at one of Richmond’s most successful construction and design firms, building someone else’s dream home was his job. But when their dream brought him to the town of his nightmares, he was thrust into a past he’d worked diligently to forget.

The only respite to his misery came from an unexpected - and inconvenient - source.

To Clay, Alison was the woman whose perpetual smile and hauntingly familiar eyes were a balm to his scraped and bruised psyche. She was the antithesis of the type of woman he usually took to his bed but he found himself wanting her more than any woman before her.

And, as his employee, she was the one woman he couldn’t have.

His company, friendships, and reputation were at stake. He couldn’t cross that line again. He’d been reckless in the past and it had nearly cost him his company – and his life. But it’s not so easy to walk away when, in the fires of his personal hell, he may have stumbled headlong into his salvation.

Flawlessly Broken:
“I need a favor…”
Famous last words.
When Spencer was asked to check on a friend of a friend, he thought it was no big deal. Simple. A good excuse to take a nice long drive and burn up some of the free time he’d been forcibly handed.
But when he walked into Talia’s apartment and looked into her devastated eyes… simple went right out the window.
Despite two years of staunchly avoiding women, he was overwhelmed by the compulsion to help her — know her, avenge her, protect her.
Possess her.All Talia wanted was to hide away and ignore the unwelcome, looming presence of a past she’d thought she left behind. She wanted to wallow, to drink, to slip into oblivion.
But a knock at her door changed all that.
She found herself wanting to let Spencer in — into her apartment, inside her head.
Into her heart.
And how selfish did that make her?
She knew from the start that she couldn’t be what he needed, couldn’t give him the life he deserved, but she couldn’t help herself.
She fell.
So did he.
And now her past may cost them their future.


All the Broken Pieces:
How far would you be willing to go for someone you love?

For Lauren Caldwell, the answer was: as far as necessary. She had done what she had to do to protect the one person who meant the most to her in the world—her uncle. She wasn’t proud of herself, but in the end, she had protected him just as he’d always protected her. A year later, a year of being ostracized in the small Virginia town she called home, she found herself helplessly watching her worst nightmare unfold.

Until a stranger became a friend who became the glue that might finally piece together the jagged fragments of her life, of her heart.

How far would you be willing to go for someone you love?

Brant Matthews never wanted to fall in love again; he had worked diligently to avoid emotional entanglements at all costs. He knew what it was to lose the one you loved, to fail them so irrevocably that the entire trajectory of your life shifted. But seeing the broken look in Lauren’s crystal-blue eyes, feeling that old pain flare anew and knowing from experience exactly how much she was hurting… he never stood a chance. She had him, whether she was ready to accept that or not.

And when her childhood tormentor set his sights on her once more, Brant knew exactly how far he would go to keep her safe.

He would die for her or kill for her.

There would be no middle ground. 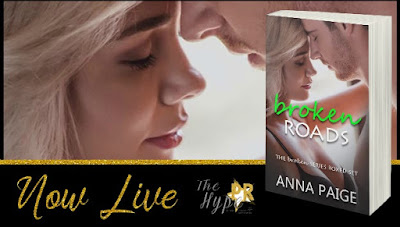 Anna Paige is the author of the Broken series, the Thrill of the Chase series, and Off Script, a sexy standalone romance.

She lives in a rural town in North Carolina where the only activity is the rhythmic color change of the solitary stoplight and a very real threat of being carried away by mosquitoes. The only alternative to terminal boredom is writing, making life interesting if only on the page.

Anna is happily married, with one amazing son and a pair of hilarious pets. When she’s not writing, she’s trying to make a dent in her TBR pile. Given that she’s constantly adding new titles to the list, the chances of her ever finishing are slim.

And she’s completely fine with that.

Blog Tour: Beneath Your Beautiful by Emery Rose (May 21-June 1) 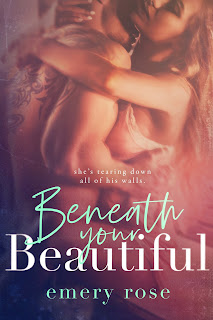 EDEN
All I wanted was a fresh start in a new city ... and a bartending job. I never intended to fall for the sexy, tattooed bar owner.
Dark.
Brooding.
Emotionally unavailable.
Killian Vincent is a challenge I can’t seem to walk away from.
He’s afraid that if I dig too deep, I won’t like what I find.
But he’s wrong, and I’m determined to prove it.

KILLIAN
Love can destroy a man. Bring him to his knees. That’s why I never let anyone get too close.
Until Eden.
Feisty.
Stubborn.
Irresistible.
She’s on a mission to knock down my walls. Dig up truths better left buried.
I need to convince her that walking away is the right choice… before it destroys us both.

Ashley from Amazon - “This book was absolutely amazing.” 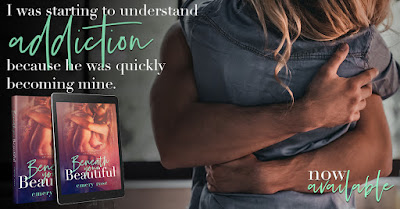 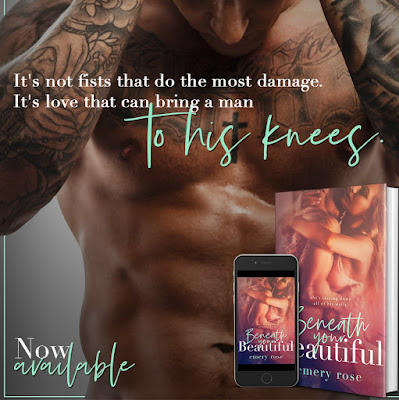 Emery Rose has been known to indulge in good red wine, strong coffee, and a healthy dose of sarcasm. She loves writing sexy alpha heroes, strong heroines, artists, beautiful souls, and flawed but redeemable characters who need to work for their HEA.

When she’s not working on her latest project, you can find her binge-watching Netflix, trotting the globe in search of sunshine, or immersed in a good book. A former New Yorker, she currently resides in London with her two fabulous daughters and one grumpy, but lovable Border Terrier. 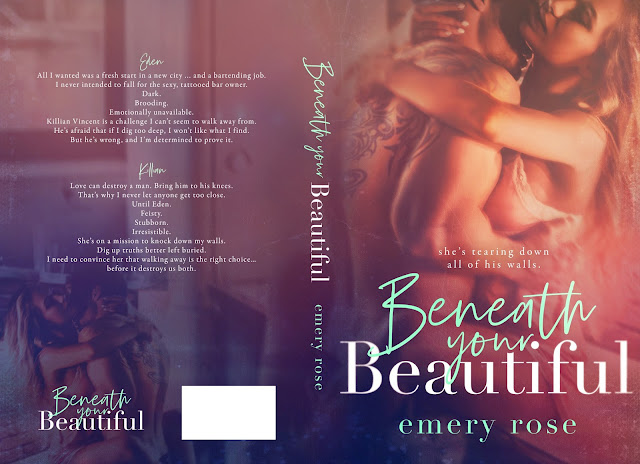