EVERYTHING CHANGED IN AN INSTANT.
I thought I knew what was important, but one phone call sent my life into a tailspin.
Alone and afraid, I cling to the one man I shouldn’t.
I was warned about him and told to stay away. “He’s dangerous,” they said.
But the man who could hurt me the most, gave me the greatest comfort.
"He's not who they think," I told myself.
But just like an illusion, things are never what they seem.

Available at the following retailers

This book. It gave me all the feels. I just found out that my mother has breast cancer so Callie's story is very close to home for me. She starts out shying away from anything and anyone not safe, part of the norm, outside her comfort zone. Until the doctor calls her and tells her she has Leukemia. Suddenly everything changes and she finds herself throwing caution to the wind and allowing the one thing, the one man, everyone tells her is a bad idea and someone she doesn't want to get involved with, becomes the one and only thing that she wants and that can make everything seem okay.

The chemistry between Callie and Bruno is off the charts, the emotion invoked as you read this story is intense and you will have to keep turning those pages and seeing this book through to the end. It was an emotional roller coaster and I loved it, not even wanting the ride to end.

Five stars and a giant recommendation that you give this book a read. ~ Kellie, Eye Candy Bookstore

Enshrine Excerpt:
She fiddles with her cosmopolitan. “I think you should get your eyes checked next time you’re at the doctor, Cal. He’s always watching you. It’s sexy, but it also creeps me the fuck out. He’s so dangerous.”

I laugh, playing it off, but I’ve noticed it too. “Is he looking over here now?” I ask, refusing to turn around to look for myself.

She leans forward, her eyes peering behind me. “He is. He’s not taking his eyes off us either.”

“He probably thinks we’re trouble or something,” I say and hope she drops the topic because I’d rather find out what she was going on about before.

“You can pretend like you don’t think he’s hot, Cal, but I’ve seen you flirt with him more than once.”

“He probably has a thing for every girl in this place.”

“Nope.” She shakes her head vigorously and puckers her lips. “He wants you.”
CLICK HERE TO WATCH THE TRAILER
ABOUT THE AUTHOR

USA Today Bestselling author, Chelle Bliss, currently lives in a small town near the Gulf of Mexico in Florida. She's a full-time writer, time-waster extraordinaire, social media addict, and coffee fiend. She's written over ten books and has two series available. She loves spending her free time with her boyfriend, 2 cats, and her hamster.

Before becoming a writer, Chelle taught high school history for over ten years. She holds a master's degree in Instructional Technology and a bachelor's in history. Although history is her first love, writing has become her dream job and she can't imagine doing anything else.
FACEBOOK | NEWSLETTER | TWITTER | INSTAGRAM
CLICK HERE TO VISIT CHELLE'S WEBSITE 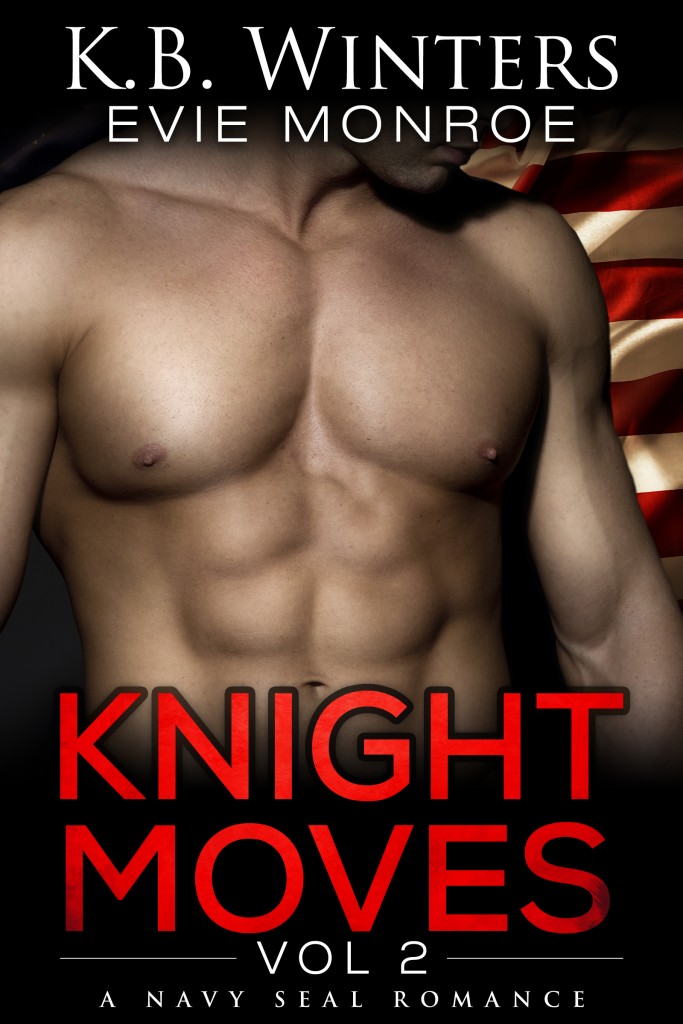 Everlie Harmon was brought up to be a trophy wife, but instead of settling down and starting a family like she was told—she let her love of ballet take her all the way to the glitz and glamour of Las Vegas. She teaches ballet to underprivileged children to pay the bills while auditioning relentlessly for her chance of having her name in the bright Vegas lights.
Despite her booked schedule, her roommate Tori convinces her to go out on a blind date, and Everlie finds herself tangled up with the irresistibly intense Navy SEAL, Ryker Knight.
After spending years ping-ponging around the world and leading the charge in top secret missions, Ryker is stateside and just when he starts itching for his heart pounding life in the battlefield, he meets Everlie. Her appearance in his life makes him question everything he ever thought he'd wanted.
Ryker's past catches up to him all too quickly, throwing Everlie into a complicated web of secrets and lies. Will Ryker be able to show her the truth and win her trust before it's too late? Or will Everlie decide the sexy SEAL’s secret endeavors are too complex and throw it all away before they even get a chance to start? 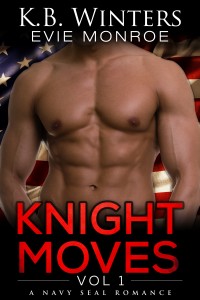 KB Winters is the author of the brand new Billionaire Romance Series, Plush. She has an addiction to caffeine and hard-bodied alpha males. The men in her books are very sexy, protective and sometimes bossy, her ladies are...well...bossier!
Living in sunny Southern California, this hopeless romantic writes every chance she gets!

Evie Monroe also lives in Southern California and when KB asked her to co-author her next books, Evie was ecstatic! Together, they’ve penned their first collaboration, Temporary Assignment, and have other exciting titles on the way!

Posted by Unknown at 7:07 AM No comments:

Kadence Kavanagh has spent the last two years trying to rebuild her life. When a job opportunity presents itself, she can’t say no, even if it’s with the man who’s life was ruined by her father’s indiscretion. It’s been years since she last saw Caleb Callahan, and she’s not even sure he remembers her, but she’s determined to give herself a clean slate no matter who she has to work for.

In the unlikeliest of circumstances, Caleb becomes her savior – if somewhat reluctantly - and she discovers that the man she’s read about in the gossip columns is nothing more than a smoke screen. Kadence knows that keeping her distance is for the best, no matter how difficult, but when Caleb proposes the unthinkable, she finds herself caught between what’s real, and what she wishes was real.

Caleb and Kadence lose themselves in a lie, and when reality comes knocking, they realize that all they were doing was playing pretend…

I'm 23 years old & the ultimate Book Brat :) Coffee & Books are my drugs of choice, neither of which will be kicked to the curb any time soon! I go through a book a day & when I'm not reading I'm working on my next novel :)I'm a sucker for New Adult Contemporary Romance with a whole lot of sexy thrown in & my number one rule is I won't read a book unless it has a happy ending! I also have the unhealthiest obsession with the South,and I don't mean my home country of South Africa - I mean cowboys, pick up trucks, sexy as sin Southern accents, cowboy boots and barefoot bluejean nights! One day, I will live in Alabama & I will have my own Indie publishing house - my philosophy is if your dreams don't scare you they're not big enough :)