Seven friends inspired to raise awareness and funds for homeless youth in crisis.
Seven authors with a love for storytelling.

A Chicago native who prefers highrise living and hasn't owned or driven a car in over twenty years, Vry is a married, stay-at-home mother of two daughters. When not doing the mom thing, she can be found at Art Galleries, poetry readings, creating something on a canvas or through her keyboard, bounding in the mosh pit at a concert with her beloved husband Maximilian, or on the dance floor of her favorite Chicago Goth/Industrial haunts. No matter the setting, she is usually wearing black and her sidewalk-stomping Doc Martens.
Vry is now branching out into original prose with her first release, Hopescapes. It's an inspirational short story that will appear in Musings: An Argyle Empire Anthology. The story is about the evolution of lifescapes and how the promise of new beginnings inspire many dreamscapes. The theme of this story centers on emerging from the embers of profound loss and hopelessness, to realizing the importance of survival, ongoingness, and the power that comes from re-learning the language of happiness...Two strangers discover that the journey to happiness often comes at a tragic price – the conversation between them, and the connections they realize they share, will alter their perspectives in the most unexpected ways. They will never look at the Chicago skyline, or the broadening hopescapes that expand before them, in the same way ever again.
Vry hopes to release a couple of steamy romances in the near future...if her muse cooperates.
Facebook * Twitter * Amazon * Goodreads

So many books, so little time. And so many favorites: The Blind Assassin, Jane Eyre, The Poisonwood Bible, The Amazing Adventures of Kavalier and Clay, The Goldfinch, The Gargoyle, The Dead, the vastly underappreciated Forsyte Saga, almost everything by Dickens.
Outlander and Twific, Shakespeare and Tolkien. IKR?
Yes, I’ve read Ulysses. Yes, I liked the Dublin Murder Squad series better. (And I never did read Finnegan’s Wake—sorry, Professor Boyle).
Twitter * Amazon * Goodreads

A graduate of Valparaiso University, I have dabbled in creative writing on and off since middle school days (first place in that 8th-grade creative writing contest!). My novella, Stranger in a Stranger Land, in Musings: An Argyle Empire Anthology, is my first published work.
When not working or writing, I am an avid music fan, concert goer, television binger and movie watcher. I am divorced with five children - two furry, three not. I am also probably the person in the car next to you, singing like a mad woman or cursing like a sailor.
My genre tends toward fantasy, paranormal and supernatural.
Twitter * Amazon * Goodreads

Tara Severance writes in her scant spare time, hoping that one day she'll be able to quit her day job. The Short suspense story, Slash Pine, is featured in the Musings Anthology. If you love mysteries that might be happening in your own backyard, you'll find something here.
Facebook * Twitter * Amazon * Goodreads

Jennifer Locklear lives in the Pacific Northwest region of the United States. She married her high school sweetheart, Morgan, in 1995. She is the mother of two children, a son and daughter.
Jennifer enjoyed creative writing as an adolescent, but set aside her favorite hobby to concentrate on college studies, career and family. In 2010, she rediscovered her passion for writing when her husband recruited her to edit his own stories. They co-authored and published their debut novel, Exposure, in 2014.
Since 2000, Jennifer has been employed in fundraising and development for a non-profit organization. She has been a contributing reviewer for the “Bookish Temptations” book blog and is a founding moderator of “Argyle Empire,” an approved fan site for author Sylvain Reynard. She also enjoys participating in charitable activities, both locally and online
Facebook * Twitter * Amazon * Goodreads

Morgan and Jennifer Locklear met in 1989 as teenagers and became high school sweethearts. They have been married since 1995 and live in the Pacific Northwest region of the United States with their two children, a son and daughter.
Although both enjoyed creative writing in their youth, they have only been working as a writing team since 2010. Since then they have created a dozen full-length and short stories together.
Jennifer has been employed in fundraising and development for a non-profit organization since 2000. She also enjoys participating in charitable activities, both locally and online. In her (limited) free time she is an avid reader.
Morgan has been employed in the hospitality industry since 1998. He has been active in the local performing arts community since childhood with many acting and directing credits to his name. He is also a musician and songwriter and has recorded 6 albums.
Facebook * Twitter * Amazon * Goodreads 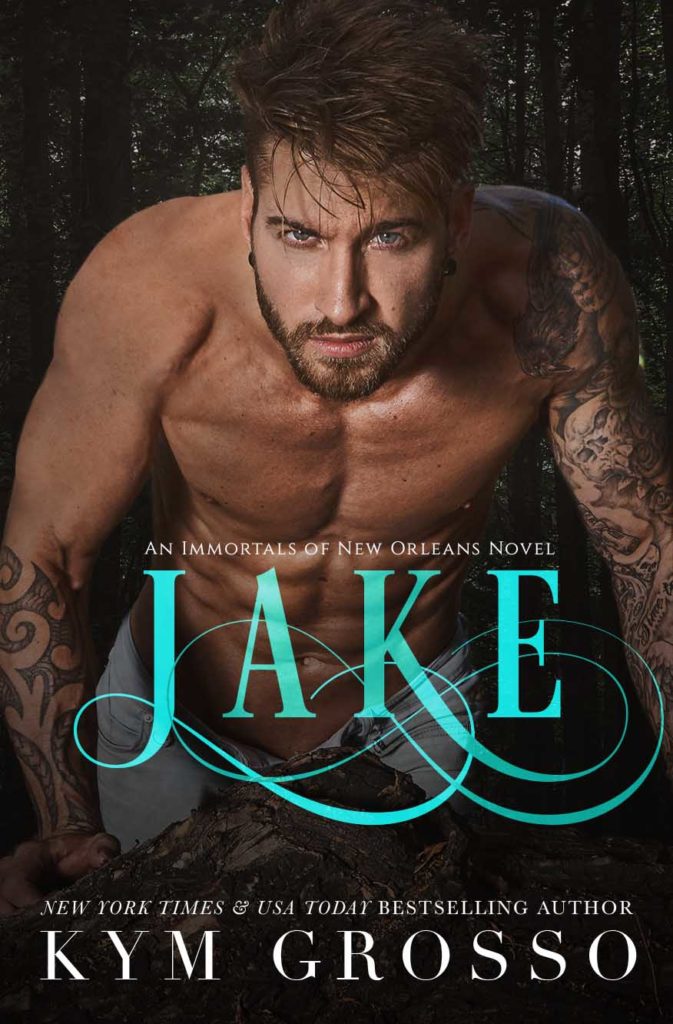 With Alpha blood coursing through his veins, charismatic wolf Jake Louvière, can no longer deny his true nature. As his beast demands his rightful place within Acadian Wolves, he’s forced to choose between killing his Alpha or leaving New Orleans forever. When a mysterious woman trespasses into the bayou, Jake is instinctively wary of the creature that is not wolf. Inexplicably drawn to her, he attempts to resist her magic as it weaves a seductive spell. As quickly as she appears, the dangerous beauty is kidnapped by a powerful New York vampire, and Jake swears retribution against an old adversary.
For centuries, Kai Beckett concealed her true identity from those who would steal her ancient powers. Risking everything to save her sister, she searches for the Alpha who’d left San Diego to return to his Cajun roots. Jake, a mate worthy of her spirit, seeks to tame her wild nature but she is not one to easily submit. As Kai surrenders to her attraction to the Alpha, she embraces her darkest fantasies.
From New Orleans to Southern California, Jake and Kai are surrounded by intrigue and danger. Learning to trust each other, they fight lethal enemies and the irresistible connection binding them together. As they spiral into an erotic adventure, will Jake acknowledge Kai as his mate? With a nefarious enemy seeking to capture her, will Jake rise to Alpha, saving both Kai and his pack?
Warning: This book contains several erotic love scenes, including m/f/m ménage and is intended for adult readers only. 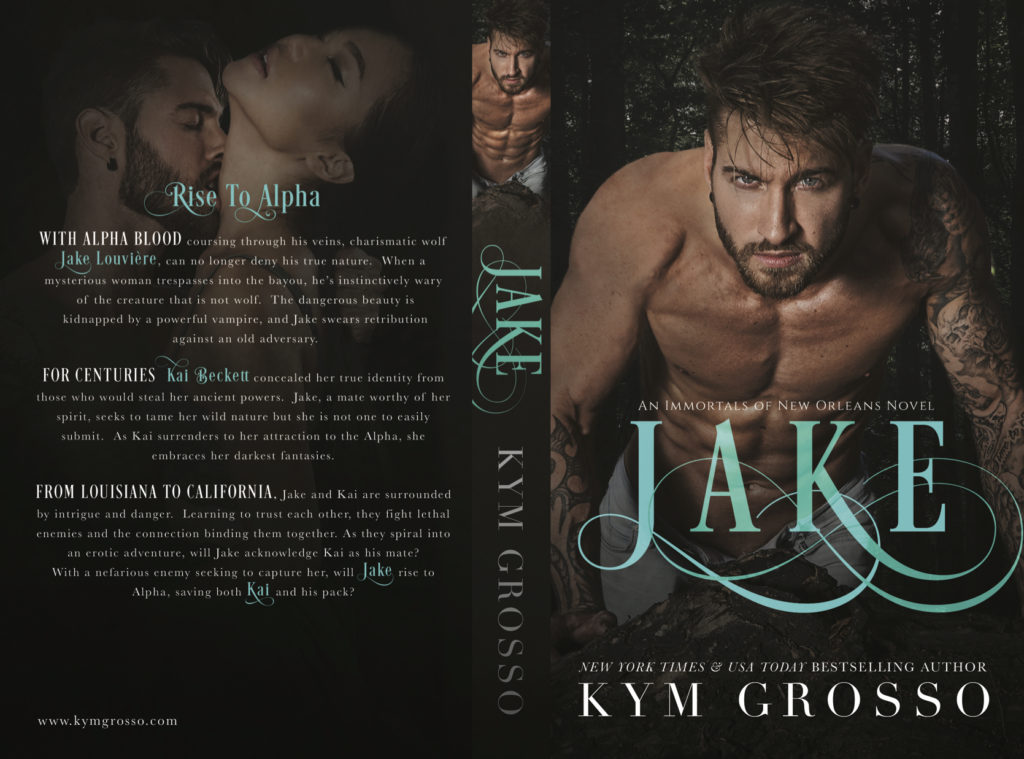 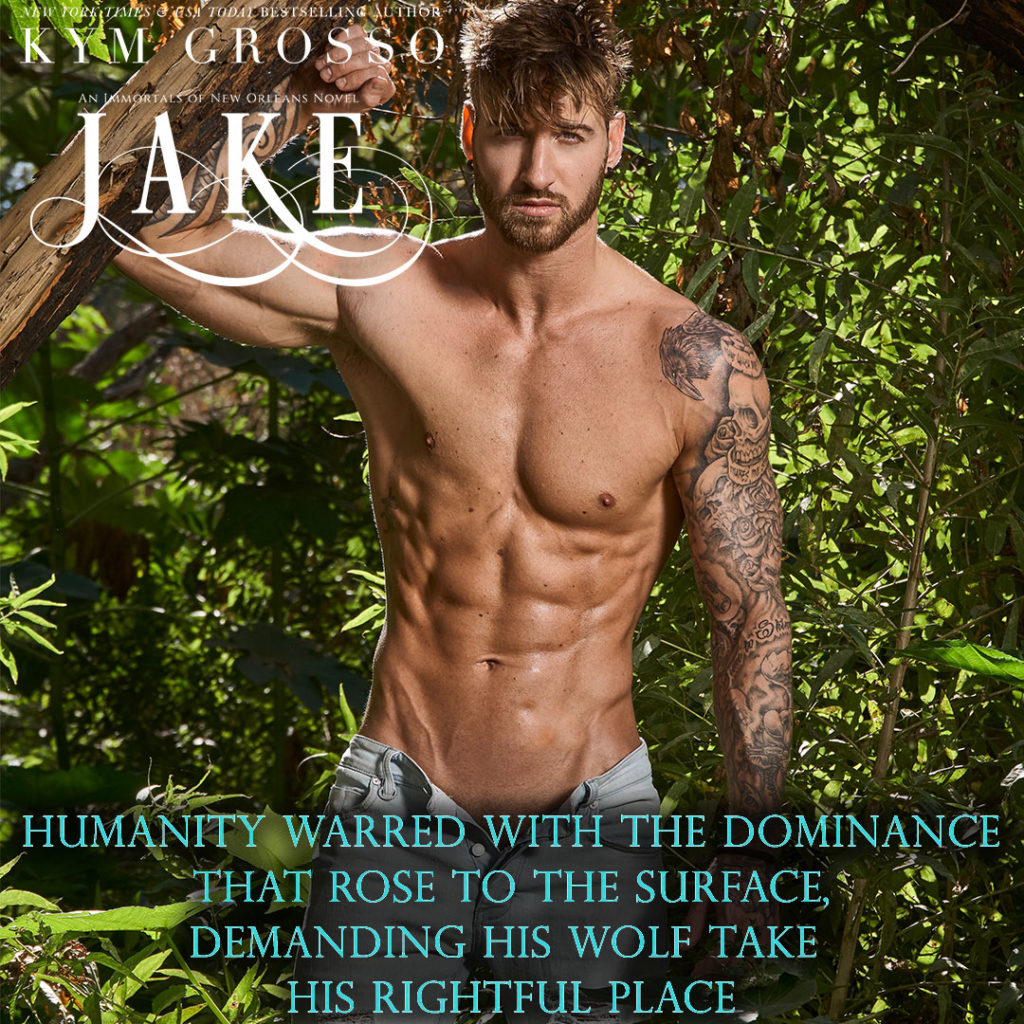 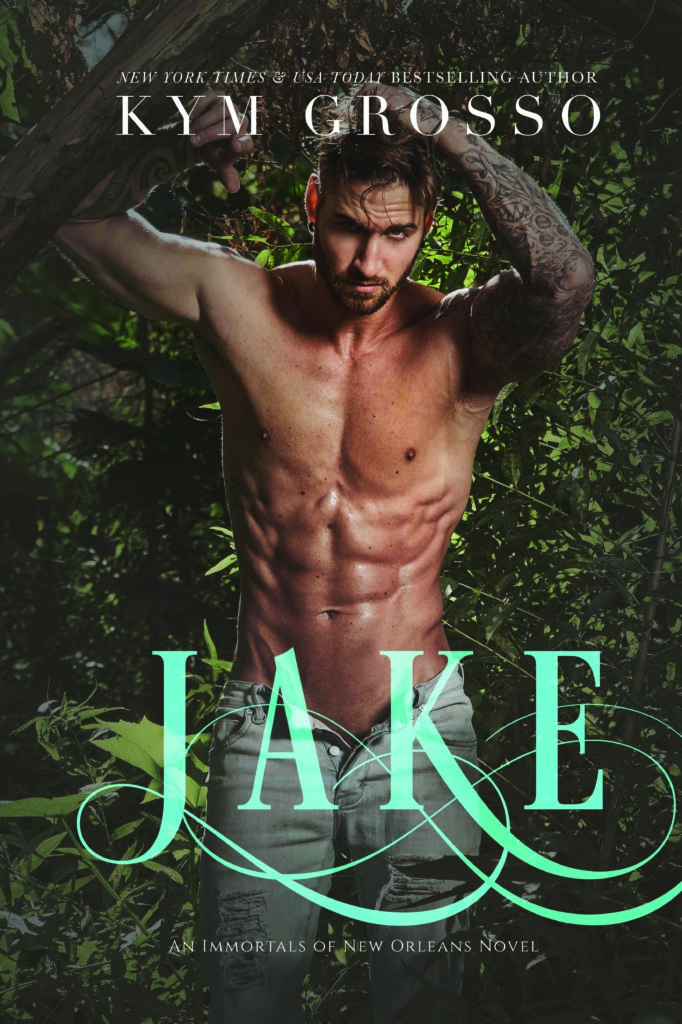 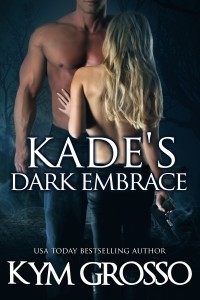 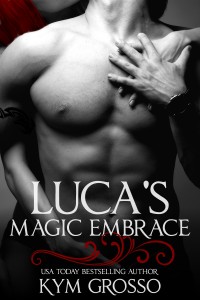 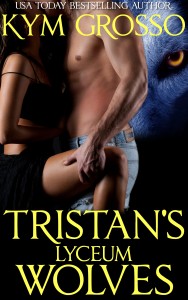 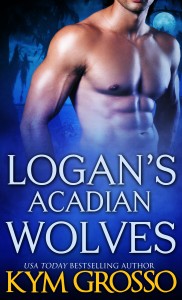 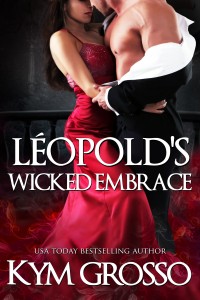 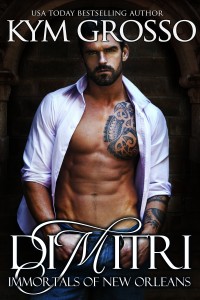 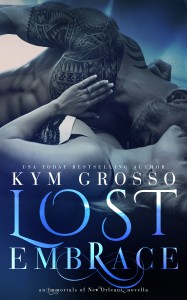 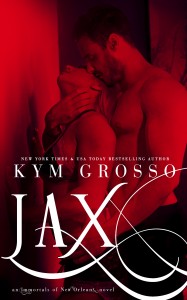 Kym enjoys reading, tennis, zumba, traveling and spending time with her husband and children. New Orleans, with its rich culture, history and unique cuisine, is one of her favorite places to visit. Also, she loves traveling just about anywhere that has a beach or snow-covered mountains. On any given night, when not writing her own books, Kym can be found reading her Kindle, which is filled with hundreds of romances.

She was everything, yet she was nothing.

She was there, then she wasn’t.

I didn’t expect her, never wanted her.

But there she was, everywhere yet nowhere.

She was everything I didn’t know I was searching for, yet nothing I needed.

She was a conundrum, difficult and confusing.

One who was impossible of staying away from. 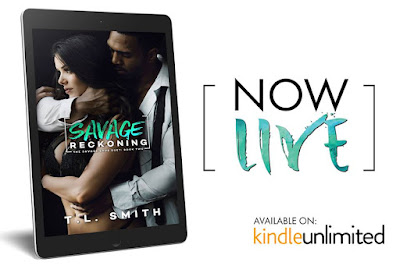