Jesse Anderson didn’t grow up wanting to race, but after getting his first dirt bike, he knew the track was where he belonged. He may be the youngest amongst his friends, but he’s mature beyond his years from what he’s been through already. He finds himself having the family he never thought he’d have, guys that are both his teammates and best friends, and Maddie, his best ‘girl’ friend. Their friendship means everything to him, SHE means everything to him. Nothing makes him happier than seeing her smile, but unfortunately he’s holding a secret he knows will only break her heart, and it’s a risk he’s not sure he’s willing to take.
Maddie Camp is both fun-loving and beautiful. Right now she feels she has it all, girlfriends that she can count on to be by her side, a boyfriend that seems to care for her, and Jesse, her best ‘guy’ friend. She knows if she needed him, he’d be there, too. When the opportunity presents itself, she’s known to make a friendly wager between herself and just about anyone, but the one person that she finds herself most intrigued to make a bet with is Jesse. Their friendly banter back and forth is the reason why she finds herself drawn to him.
Their bond started the minute they laid eyes on each other, but now he finds himself wanting more. He’s struggling between keeping what he knows to himself and doing the right thing. Does he want Maddie badly enough to risk losing their friendship, or does he let everything play out to see what happens?
She’s caught between her attraction to him and knowing she has a boyfriend. Jesse is so easy on the eyes that it’s hard to not want more, but she won’t let herself stray from something that could be real with the man she’s falling for. She’s been warned he’s not who she thinks he is, but she’s blind to what’s staring her right in the face. Will she believe what she sees, or will she continue to keep her head in the clouds?
A little wager among friends is nothing more than having some fun, but when innocent flirting turns to much more, they find their bet teetering on…
Playin’ Dirty.

Paige Steele is a loving wife and mother of two teenage boys. She enjoys crafting and hiding behind a good book. During the day she works at a medical office and at night she’s using her imagination to write stories, like the one you just read. On the weekends you can often find Paige and her family at a dirt track. When she isn’t watching her boys race she is collecting ideas for her Beautifully Dirty Series.

Posted by Unknown at 2:40 PM No comments: 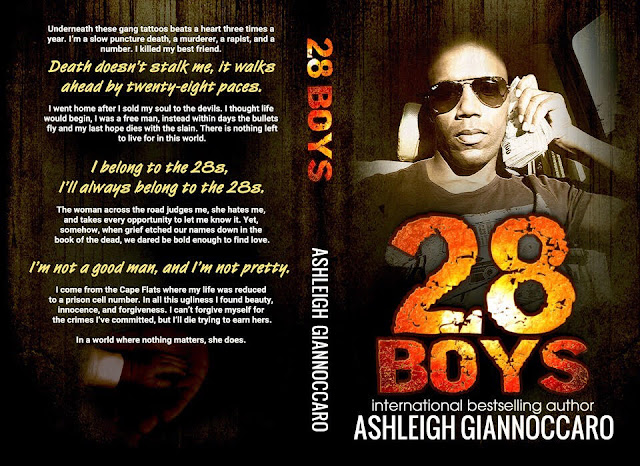 Underneath these gang tattoos beats a heart three times a year. I’m a slow puncture death, a murderer, a rapist, and a number. I killed my best friend. Death doesn’t stalk me, it walks ahead of me by twenty-eight paces.
I went home after I sold my soul to the devils. I thought life would begin, I was a free man, instead within days the bullets fly and my last hope dies with the slain. There is nothing left to live for in this world. I belong to the 28s, I’ll always belong to the 28s.
The woman across the road judges me, she hates me, and takes every opportunity to let me know it.
Yet, somehow, when grief etched our names down in the book of the dead, we dared be bold enough to find love.
I’m not a good man, and I’m not pretty. I come from the Cape Flats where my life was reduced to a prison cell number. In all this ugliness I found beauty, innocence, and forgiveness. I can’t forgive myself for the crimes I’ve committed, but I’ll die trying to earn hers.
In a world where nothing matters, she does.

https://www.goodreads.com/book/show/34606223-28-boys
NOTE
28 Boys contains foreign language, and South Africanisms throughout the story, this was done to stay true to the nature of the characters and setting of the story. there are not typos they are intentional. 18+ due to content, and triggers.
Cover Design by Southern Stiles Design
Cover Photography by FrankysFunkyFotos
Cover Model Franklin Petersen 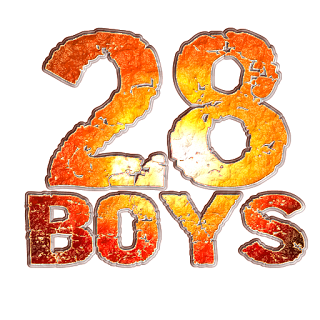 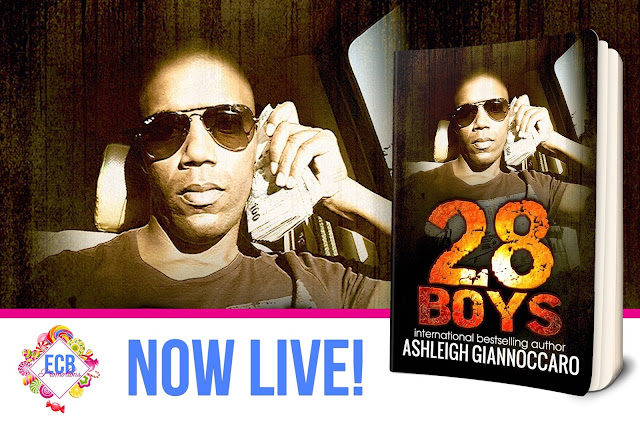