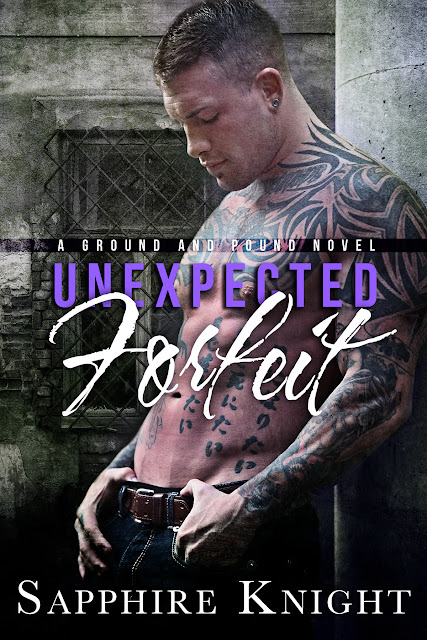 Every chance I get, I go to watch the local fights.

I crave the excitement and the rush as it courses through

my body, with the sounds of fists meeting flesh.

It’s not just the blood or the hard bodies that keeps me coming back each time, wanting more.

It’s Jace ‘King’ Kash and his artic blue eyes. He has fists made of steel with a body honed for speed. He’s breathtaking to watch in the cage. The King easily brings men to their knees, and then graciously helps them up when he’s finished.

Getting introduced to him was thrilling, falling in love with him, unexpected.

Jace comes pounding through, waking my mind and body up; showing me what I was missing out on in my life. He makes me realize what I could have and that what doesn’t destroy me, will eventually make me stronger.

Illusions, life is full of them. My life wasn’t always like it is now, how it appears from the outside. I was drowning in drugs, gangs and in my brother’s bad decisions.

So, I did what I do best, I fought my way out. I keep fighting, using every asset I have and attempting to get as far away from my past as possible.

Chyna enters into my life right as I’m prepping for the biggest fight of my existence. I wasn’t looking for any new distractions, but she becomes my personal drug of choice, begging me to use her. Unfortunately, Chyna’s not the only person that show’s up out of the blue.

When my past decides to go after my girl, it’s my turn to make it rain, to make it hurt. I refuse to let it destroy me this time, dragging her down in the process. I just hope she can make it through the last round beside me and not forfeit.

Once that bell rings, watch out, because I will come for you, I will hunt you down and fight to the death. I’m the King, I won’t be defeated. 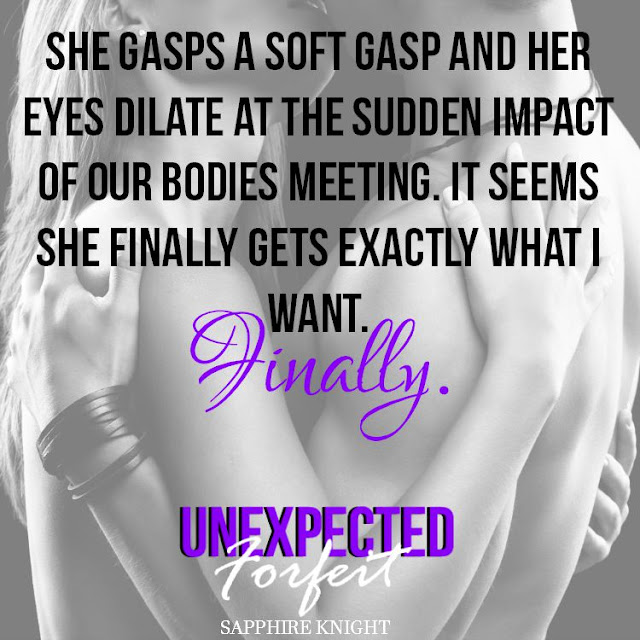 We turn to watch the fight and I’m in heaven to see Jace in his element. He’s even more gorgeous then his poster picture when he’s fighting. You can see it’s his passion and he trains so hard for it. It’s inspiring just to think of the amount of dedication and discipline it must take to do what he does and actually win fights. Not to mention all those muscles are on display and flexed like a snake ready to strike. Every time he gets a good hit in, I stand up to scream like a mad woman and cheer for him.

The fight is crazy; the guys go blow for blow, trading punches. Jace goes to town throwing hits left and right until finally, he clips Ford in the side of the jaw. Ford falls to the floor in a heap and Jace wins by knock out. He’s kind of known for his KO’s so you’d think his opponents would guard their face and not trade punches with the guy. 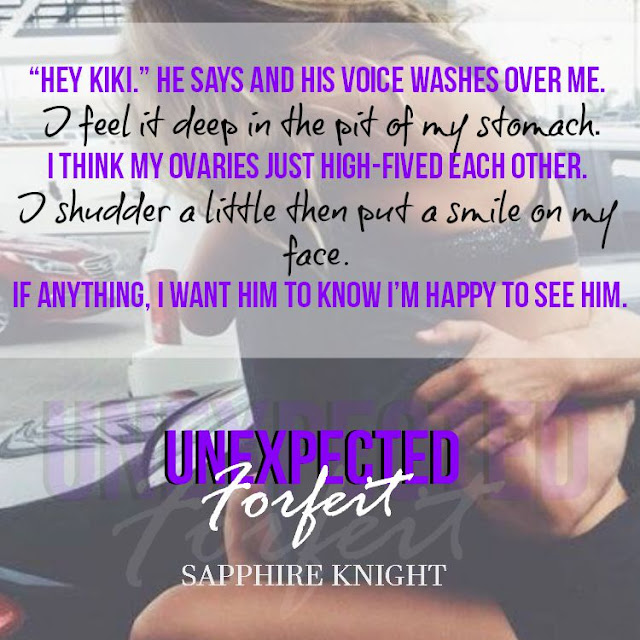 “Oh Chyna, Kiki, you are going to get us in trouble! I like how you think though!” He chuckles.

“Why did you call me Kiki?” I like it, no one has ever called me kiki before.

“You know like ‘Ho-tto-ki-ki’ No one’s ever said that? Do you actually know Chinese?” He just blew me away. He’s speaking Chinese to me?

“No, I don’t and no, nobody has called me that. What does it mean? And you know I’m not Chinese or anything, my names even spelled C-H-Y-N-A. See there’s no I in it, so no real country of China here.”

“It means pancake. That’s why I just called you Kiki, like sweet, delicious cake.”

I think I just swooned. Like literally swooned right there. He’s so adorable, trying to speak Chinese to me because my name is Chyna.

“Because, cake is my favorite thing.” He shrugs like it’s no big deal and I just smile sweetly at him. Turning, I peer back out my window, I have nothing to say to ruin this absolute perfect moment. 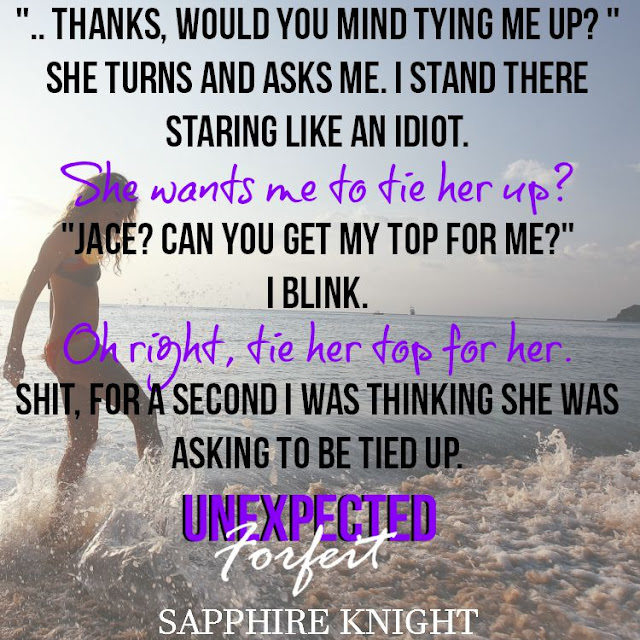 “Well by all means, I can’t let it be unfair. Take the wheel for a second.” He lets go of the steering wheel and I lean over quickly to straighten us out again. He reaches back with one hand behind his neck and easily peels off his tank. I mean JESUS CHRIST the tank alone wasn’t enough torture for me to stare at?

He grabs the wheel quickly as we start to swerve, “Woah! You’re supposed to be watching right now!”

Shit. I wasn’t paying attention to the road; I was staring at his chest full of sculpted pecs and abs. I blink quickly. Shit this is what Vivid was talking about with me zoning out. I bet that bitch jinxed me! I look down his body a little more. Oh Wow! Yep he has the “V” going on. I’ve never really got what the big deal is before but sitting here staring at it , I can’t help but just want to lean down and lick each hard ridge.

“Oops sorry about that! You had me curious to what exactly you were doing and I got distracted.”

“I told you I was making it fair. I mean if you’re going to not have to wear a shirt, then I don’t want to either. We’re headed to the beach anyhow.”

Dear sweet little six pound baby Jesus. I wonder if this trick would work with his pants also.

“It’s cool, I understand completely, fair is fair after all. So tell me, if I take off my pants?” 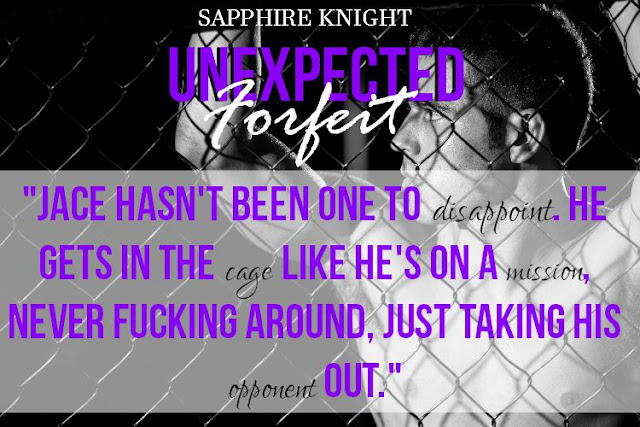 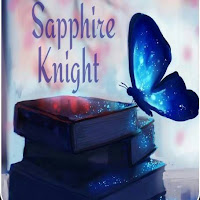 Sapphire Knight is the author of Secrets, Exposed, Relinquish and Corrupted. Her books all reflect on what she loves to read herself.

She is a Texas girl who is crazy about football. Sapphire has always had a knack for writing, whether it is poems or stories.

She originally studied psychology and that has only added to her passion for writing. Sapphire has two boys and has been married for ten years.

When she’s not busy in her writing cave, she’s busy playing with her three Doberman Pinschers.

She loves to donate to help animals and watching a good action movie. 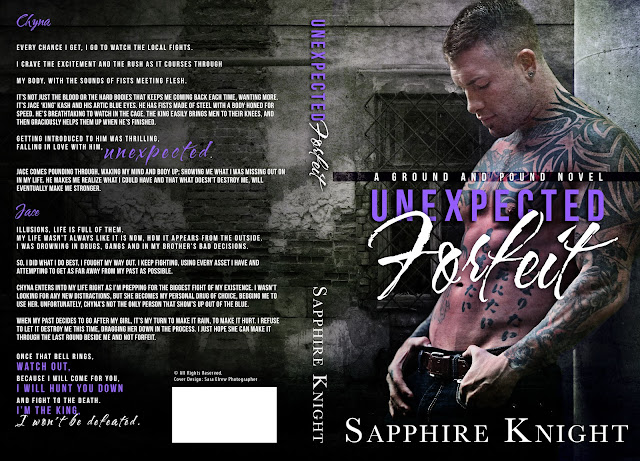