Jordan Rocco has just received a medical discharge from the Marines and is now working with his brother, Evan, at Pierce Securities. He's struggling to find his place among these men who have a brotherhood that doesn't seem to include him. Jordan's only saving grace is the woman across the hall in his apartment building, with her smart mouth and tight curves.
Mia is wholly focused on making enough money at her crappy job to bring her sister home to live with her, instead of globe-trotting with her mother and the latest in a long line of losers. A boyfriend is not in the cards. But a couple of nights with the hottie across the hallway—to release some pent-up frustrations—wouldn’t be remiss. When she's grabbed from her apartment in the night, Jordan witnesses the crime, helpless to stop things.
He's suddenly got a new mission: Before the worst can happen, he has to save the woman who has come to mean more to him than he realized.
***WARNING*** This book has a vague description of events that may cause triggers. 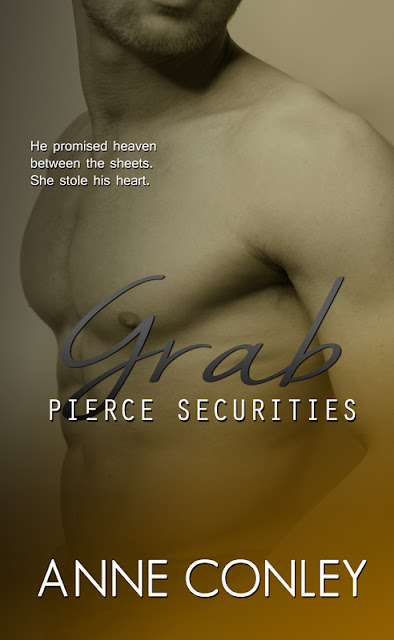 He shrugged, turning to face her.  She was a hottie, but totally tired.  Dark circles etched around her eyes made the lines around her mouth more pronounced.   “I just hate my job.  That’s all.  No biggie.”

Rueful laughter met his ears.  “Who doesn’t?  Tequila?”  She held up a half-empty bottle they’d started the other night, and shook it.

“Sure, what the hell.  But not much.  You need to get some sleep.”  Closing his door behind him, he took the two steps across the hall to her room.  She waited tables at a diner a few blocks away, all the time. 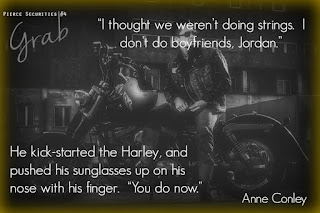 “You trying to say I look like ass?”  As she stepped aside to let him in, Jordan tried not to brush against her pajama clad body, nor notice the fact all she wore was shorty shorts and a camisole, all in thin thread-bare cotton.  Nearly see-through.  Every curve on display.

No attachments.  But that didn’t mean sex was off the table, as long as she understood the stakes.  Or his lack of desire for stakes.

“No, you look fine, but that set of luggage you’re wearing under your eyes could use some leather oil,” he tried to joke, but felt bad immediately when he saw her stricken face.  “Hey, wait.  I was kidding.  Don’t get all mad.  How long has it been since you had a day off?”  She waited tables every damn day, as far as he could tell. 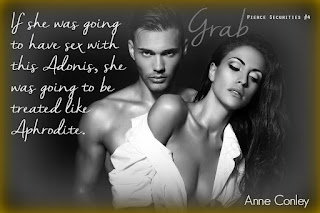 She shrugged as she got shot glasses down from the cabinet in the kitchenette.  “Two weeks, or three.  Not sure.  Had a double today, that’s why I’m so tired.”  The house had been busted into four tiny apartments, each one a small living room with an attached kitchen.  So when Mia turned around, Jordan was there, bumping into her.

“Then let me wait on you for a change,” he whispered.  He watched the pulse on her neck pound rapidly, and her breasts heave with heavier breaths.  That was good.  So she wouldn’t be opposed to sex.  He hadn’t thought so, but affirmation was nice.  “Salt?”

She nodded, reaching behind her to grab the shaker, and handed it to him, wordless, enormous brown eyes tracking his movements.  Mia’s shoulder and neck were calling out to him, that smooth expanse of bronzed skin was so beautiful.  Just to test something, Jordan lowered his head, and suckled there, leaving a small kiss behind.

Her sharp inhale was accompanied by her fingers immediately clamping down on the countertop.  Good. 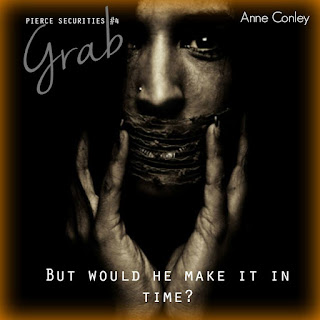 Swiping his tongue across her shoulder, he left a long wet trail that he sprinkled salt across.  “I like you, Mia,” he began.  He needed to get everything out up front.  “I think we could have some fun, don’t you?”  She nodded, looking at him from half-closed eyes.  Sexy fucking eyes.  Eyes that told him to fuck her right now.  But he wasn’t going to do it like that.  Not tonight.  “Good.  Because neither of us has time for strings, right?”  He was looking at her, really close, but he wasn’t touching her, just looking.

“You want to have sex, right?  No relationships?” she breathed.  “I’m totally down with that.”  She gasped the words out at him, and he mentally high fived himself before swiping his tongue across the line of salt, tasting her shoulder with relish before swigging straight from the bottle of tequila.

When he went in for a kiss, she stopped him with a finger on his lips.  “You did it wrong, hot shot.”

That was one of the things he really liked about Mia.  She was cool.  Almost like one of the guys, only she had tits and a pussy, and an ass men would die for.  And Jordan had an erection that would jackhammer concrete, and she was telling him he was doing it wrong?

Yeah, she was golden at getting his mind off his shitty job.

Smirking now, he took a step back, hands up.  “Teach it, oh mighty one.”