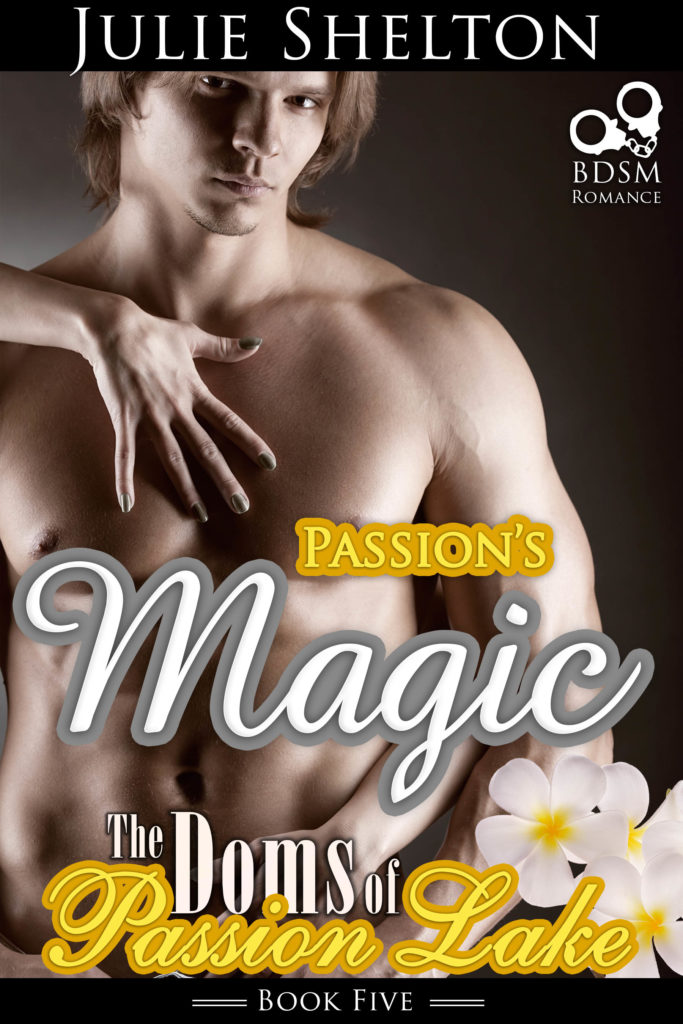 Molly Duncan, forty-one, has come to Passion Lake for three things. A new job. A new life. And a new Dom. Her Dom husband has been dead for four years and she desperately wants the closeness of a loving D/s relationship. So she accepts a job at the Passion Lake library and buys an old semi-run-down farm suitable for boarding horses. Horses were a huge part of her life growing up, until she met and married Tom and entered his world of BDSM. Now she hopes to combine both of her passions.
Enter Jared Thompkins, seven-time World All-Around Rodeo Champion and circuit heart-throb. His career ended by injury at age twenty-eight, he’s ready to settle down and find a submissive of his own. A woman he can love and cherish and dominate the hell out of. On the recommendation of his older brother Mitch, he applies for the position of stable manager.
Molly sees a handsome, cocky, young cowboy with a swagger for a walk and a panty-melting grin. Jared sees a lusty, voluptuous, mature blond who’s ready for what he can give her.
The attraction between them is instantaneous and explosive. Each is exactly what the other has been seeking. Now all Jared has to do is prove to a wary Molly that it’s not just sex. He’s in it for the long haul. And a thirteen-year age difference is not the insurmountable obstacle she seems to think it is.

“That’s a very pretty outfit you’re wearin’,” he said, his normal, slow drawl even slower and definitely sexier. “But it’ll look much prettier on the floor. That’s where I would like to see it. Start with the sweater.”

“Yes, Sir.” She should have been shocked to hear those words tumbling so automatically from her lips. But she wasn’t. They seemed so right. Because Jared wasn’t the only one who needed this. Her mind’s need to submit to him was almost overwhelming, like a thirst that could not be quenched. Her body’s constant, aching need for the exquisite pleasure she knew he was about to give her was almost beyond bearing.

Grabbing the hem of her cashmere sweater, she lifted it up over her head and let it fall to the floor, leaving her clad in nothing but a pink lace bra. Her dusky nipples, hard as berries, were clearly visible through the peek-a-boo lace.

“Now the jeans and socks.”

She reached for the snap, pulling it apart with a tiny, metallic click, followed by the quiet rasp of the zipper being lowered. Putting her thumbs inside the waistband, she began pushing the jeans over her hips and down her legs, stepping out of them and dropping them on top of the sweater. She removed her socks and stood there in her pink lace bra and bikini panty set. At least she was wearing pretty underwear.

Without hesitation, she reached back behind her and released the hooks. Cupping her hands beneath her breasts, she held the cups in place while allowing the straps to fall down her arms. Leaning forward, she jiggled her breasts back and forth, letting gravity take over. The lace garment fell into her hands and she let it drop to her feet. Straightening, she stood, hands at her sides, fingers twitching as she fought the urge to cover her naked breasts. Jared was the first man other than Tom who had ever seen her naked, and if the two Doms were anything alike, she knew that covering herself in his presence would not be allowed and would most likely result in a punishment. Although, the very thought of being turned over his very sexy knees and spanked until her bottom was hot and rosy sent juice gushing from her pussy. Hmmm. Maybe a spanking wouldn’t be so bad after all.

Jared extended his right hand toward her. She gasped at the first touch of his calloused fingertips to the soft underside of her left breast.

“No sir.” She shook her head. “It feels”…her voice softened to a whisper…“wonderful.” 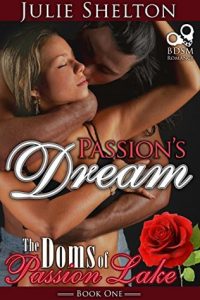 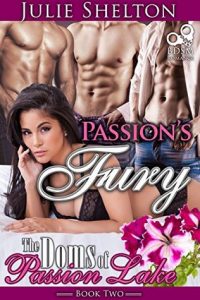 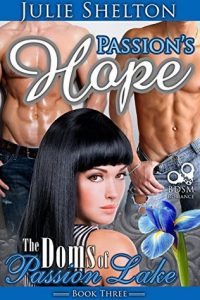 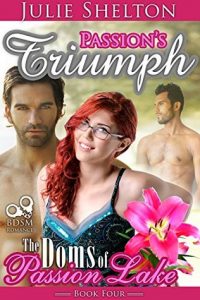 Julie Shelton is 73 years old, a retired storyteller/puppeteer. She loves reading and writing, ballet, pistachio ice cream, the mountains, Medieval illuminated manuscripts, Classical music. 80’s rock ballads, and violets.
She hates hypocrisy, intolerance, liver, and sushi.
If she were a tree, she would be a live oak because it lasts for hundreds of years, it doesn’t shed its leaves in the winter, and it’s great for climbing and hanging swings from.
If she were a piece of music…hmmm, that’s a bit tougher. She’d either be Rachmaninoff’s Piano Concerto #2 in C Minor, the most achingly romantic piece of music ever written, or Prokofiev’s sumptuous score to the ballet Romeo and Juliet.