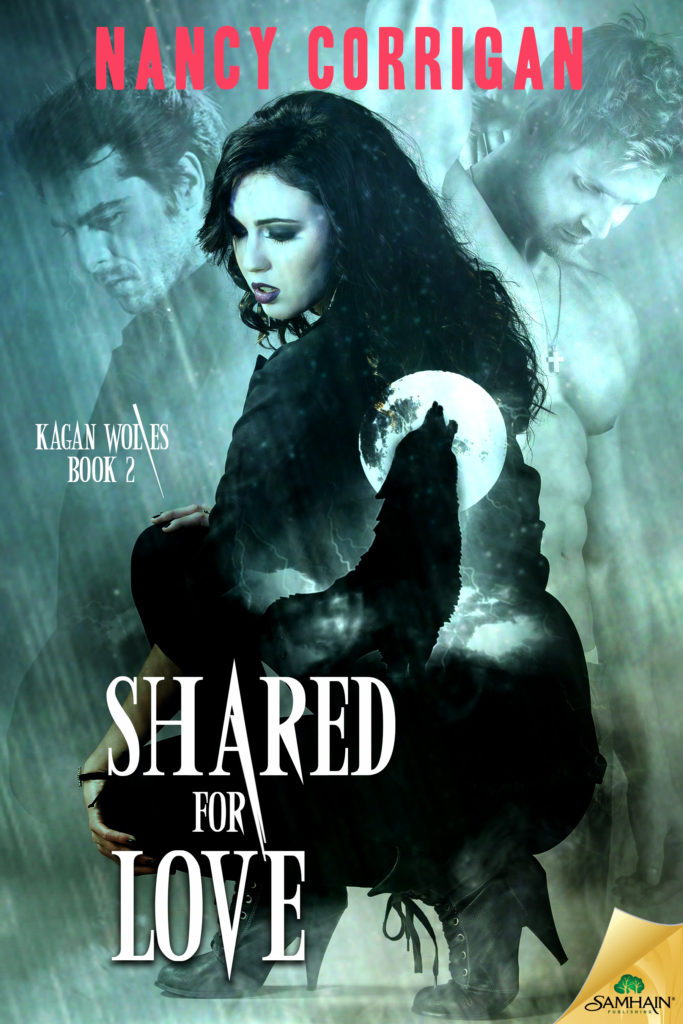 Their bond is heaven on earth...but it could tear their pack apart.

Ethan Jager is forced to hide behind a false identity as his pack mates suffer under Michael Tanner's rule. It's not his choice; he was born broken, without the primitive urge to breed driving him to pick a mate.

While his wolf sleeps, his heart has chosen for him: Noah, widower and fellow pack dominant.

Everything changes the day Hannah Kagan smiles at him. Lust awakens his wolf--a first. Hannah is beautiful, loyal, kind, everything an alpha male should want. And mating her will allow him to reclaim his pack. It will also leave his soul with a giant hole when he's forced to rip Noah out of his life.

Hard choices are required of alpha males, but choosing which lover to let go is one Ethan refuses to make. The alternative will not only change the pack, but transform their world...if he can keep his mates alive long enough to claim them both.

Warning: Contains an alpha male whose wolf doesn't like to share his toys, a dominant female who's nobody's plaything, and a beta male who doesn't roll over for anyone. Also: speed dating, werewolf style. Band-Aids required

“Are you done imagining what I would look like naked, or do you want me to stand here longer?” His rough voice zinged through her, setting her on edge. Not in a bad way. Awareness settled low. She ignored the instant arousal and yanked her gaze to his face. Green eyes framed by dark lashes snared her attention.
She inhaled sharply. Never before had she seen a shifter with green eyes. The rare gene offered power, just as the combination of her black hair and blue eyes gifted her with strength.
She let her gaze map his face as she had his body. Dark blond hair set off the deep emerald color of his eyes and framed a harsh face, but his shaggy locks softened his features. She doubted he’d styled it on purpose for the effect. The uneven ends gave the impression he’d hacked it off with scissors and didn’t give a shit if it looked nice or not.
The shadow of his beard added to the image of indifference. The uneven growth covered his cheeks, chin, and neck. Her fingertips itched to touch his jaw and see if the stubble had reached the point of softness or if it would tickle her skin and make her squirm. She curled her fingers and fought to contain her runaway thoughts. They weren’t appropriate, especially after being in Ethan’s arms. She swore she could still smell him on her skin.
The Tanner wolf chuckled, breaking the trance he’d cast over her. She tore her attention from the cleft in his chin to his eyes.
“Hello, little Hannah Kagan. What brings you to this shithole town?”
She took a step forward, anger replacing the lust. “Don’t ever call me little.”
The growl to her voice shocked her. It took the Tanner wolf by surprise too. His smirk faded instantly, and his cocky stance eased. He tilted his head and studied her as if seeing her for the first time. Something flashed in his green eyes. Respect, maybe? She didn’t know. Didn’t care. She took another step.
“And why I’m here is none of your fucking business.” 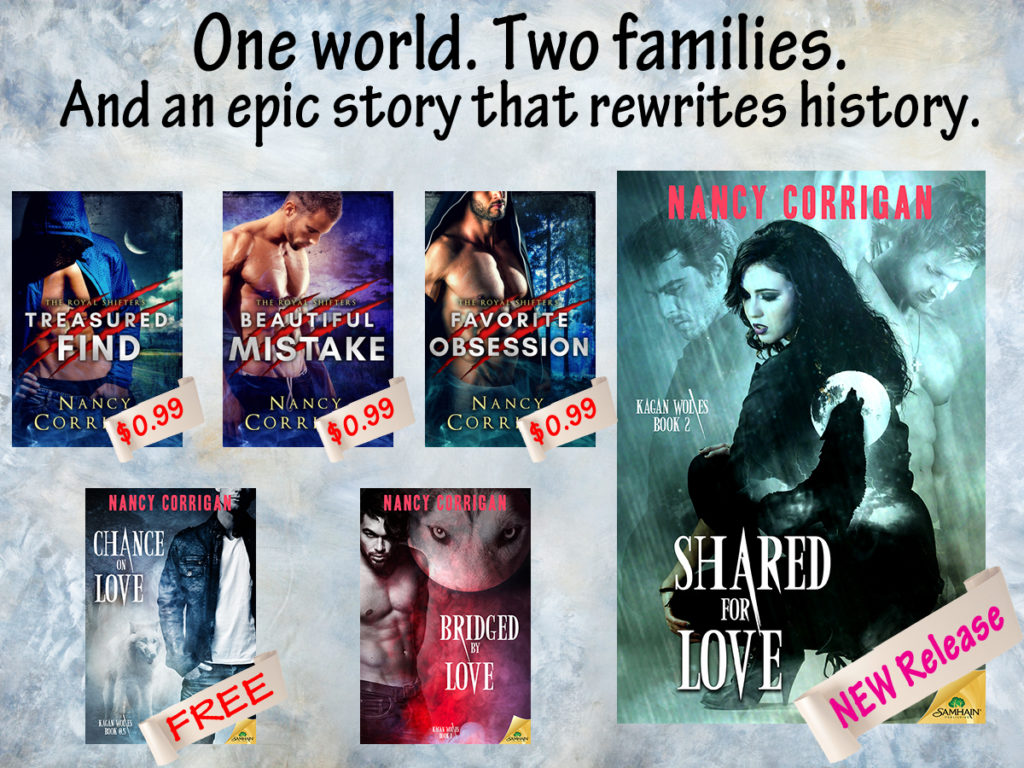 Other Books in the Kagan Wolves series

Other shifter books: set in the same world as the Kagan Wolves

A true romantic at heart, Nancy Corrigan is convinced there’s a knight in shining armor for every woman (or man), but you won’t find damsels in distress in her stories. She adores pairing alpha heroes with women strong enough to match them and bring them to their knees. She also enjoys flipping the traditional roles in romances because her motto is—love and people should never be forced to conform to anyone’s norm.

She holds a degree in chemistry and has worked in research but now focuses on ensuring quality. She considers it the perfect outlet for her as she’s the first to admit she has some OCD tendencies. It carries over into her writing life too. While engrossed in a novel, she has a habit of forgetting to eat and sleep. Fortunately, she’s married to her own knight in shining armor who understands her oddities and loves her anyway. They reside in Pennsylvania with their three children, dog, snake and guinea pigs. Her other interests include tattoos, animals, classic cars and all things spooky and sexy.

Nancy loves to hear from her readers. If you have a comment or question, email her at nancycorriganbooks@outlook.com. She also encourages her readers to leave a review on their purchase site. Even a one line sentence is welcomed.