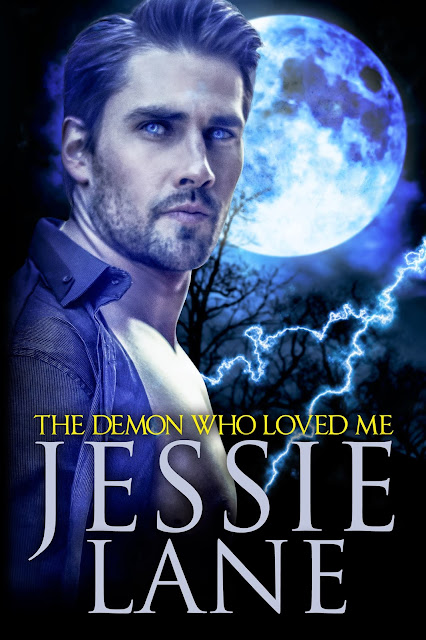 One brunette bombshell with a devious mind and a potty mouth has thrust Kent smack dab in the middle of where he never wanted to be—his family. He’s spent most of his life avoiding his familial responsibilities, especially the one that required him to join the Ninth Circle Council—the demon society’s equivalent of judge, jury, and executioner. Then one lost bet with a little Amazon flips his entire life upside down. With worries about retaliation from the remnants of a rogue pack of wolves in Germany, he doesn’t have time to deal with his family, or his obsession with Chloe Demos.

And she’s the biggest risk he’ll ever take…

After her mother’s death, Chloe’s world crashes down around her. A secret Amazonian heritage. Aunts and a long lost brother she never knew about. Supernatural beings. With all of the sudden changes, she’s decided it’s time to step out from behind her façade of an air-headed, materialistic bimbo and show her sisters she truly does love them—she only hates their wardrobes. What better way to show she cares about her family than to help prove someone close to one of them is innocent of the bogus murder charges from some ridiculous council? Chloe has no scruples about calling in the marker the demon Kent owes her in order to do just that. It’s only too bad she’s underestimated Kent’s intelligence, and his playboy charm. 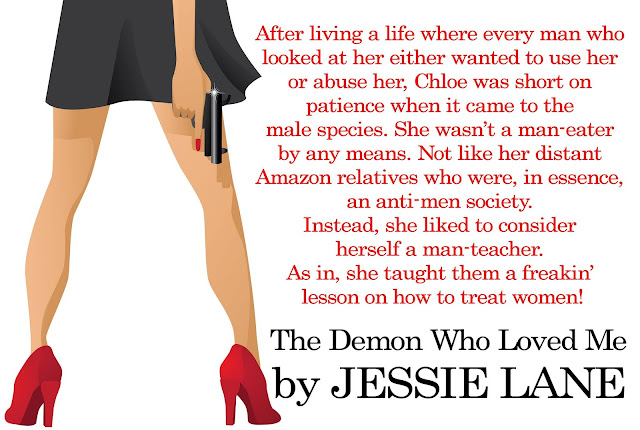 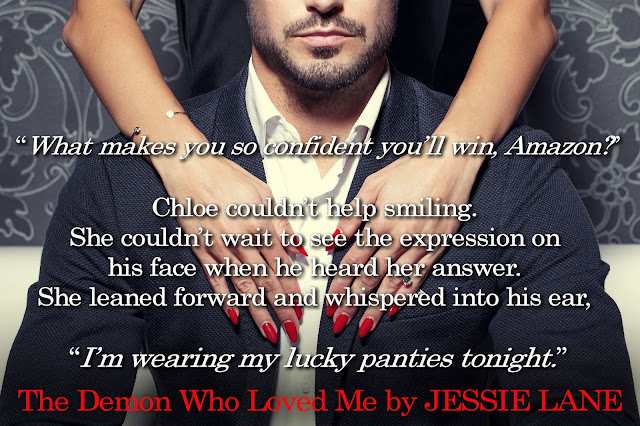 Jessie Lane is a best-selling author of Paranormal and Contemporary Romance, as well as, Upper YA Paranormal Romance/Fantasy.

She lives in Kentucky with her two little Rock Chicks in-the-making and her over protective alpha husband that she’s pretty sure is a latent grizzly bear shifter. She has a passionate love for reading and writing naughty romance, cliff hanging suspense, and out-of-this-world characters that demand your attention, or threaten to slap you around until you do pay attention to them.
She’s also a proud member of the Romance Writers of America (RWA).