Dr. Quinn Jameson has secured his future by submerging himself in his career, but no amount of money in the world can ease his loneliness. Polar bear shifters aren’t pack creatures, but his soul craves more out of life. When a feisty female tiger shifter begs him for help, he’s unable to resist, and finds himself embroiled in a dangerous situation.

Aubrey Celine is in a bad spot. Pregnant and on the run, she’s out of options until she wakes up in the hospital under the care of a delicious looking Doctor. Can she trust another man after what her ex has put her through? Or has her heart frozen solid?

In the midst of an epic blizzard, these two strangers must rely on each other to stay alive, but every time they’re alone the heat between them could melt the ice caps. How far will they go to avoid getting frost bite? 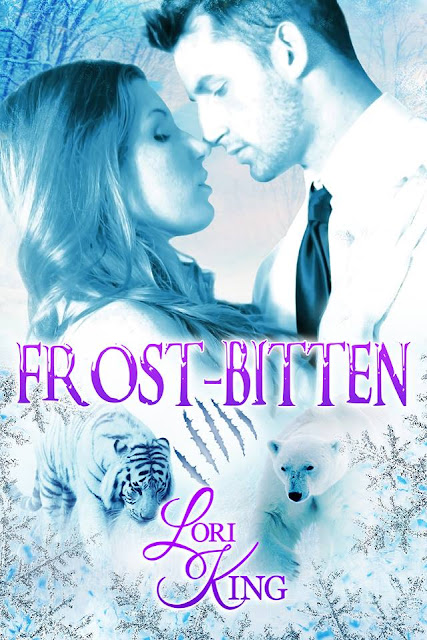 “I know if he gets his hands on me, I’ll never see the light of day again, literally.”

“That’s not going to happen.” Quinn’s rage had softened his tone, but Aubrey still flinched. He hated seeing her scared of him in any way, so he closed his eyes and counted to ten, forcing his bear to calm. “You’re going to stay here with me until we figure out how to protect you from him. This is a private estate with a security system. If anyone comes on the property without permission, I get a notification on my phone. We’ll know he’s coming before he gets here, and we’ll be able to stop him.”

“I truly, truly appreciate that, Quinn,” Aubrey’s eyes met his, and the sorrow in their depths tore at him, “but I can’t put you in the middle of this. Well, any more than you already are. It’s not fair.”

“You’re not putting me anywhere. I’m putting myself in the middle. I’ve spent my career trying to protect pregnant mothers and their children through science, and I’ll be damned if the one time I can physically protect one, I fail.” He’d never really thought of himself as a superhero, but the advances he’d made in the world of obstetrics were monumental in saving hundreds of lives each year. While it was easy for him to speak about, it was more difficult for him to accept his own role in the big scheme of things. In Aubrey’s case, he was the only thing standing between her and imminent danger. “Let me help you, Aubrey. For your son’s sake if nothing else.”

Unable to resist when tears of relief began to flow down her cheeks, Quinn found himself wrapping her tightly in his arms, pressing her wet face to his chest. Her soft scent flooded his senses, and he let his eyes drift shut, focused only on providing comfort to the small, frightened woman.

Her hair was downy soft, and he palmed the back of her head, petting her gently like his mother used to do to him and his sister when they were young. The whole time, he was all too aware that Aubrey was not a child. Her full breasts grazed his chest, unable to press against him completely because of her extended abdomen. Said abdomen suddenly began to dance against his belly and he pulled back.

“Junior here seems to approve of you,” she giggled. “Honestly, Quinn, I can’t thank you enough. When I saw the guard had left the door unlocked, I didn’t think past getting out. I didn’t consider the weather or how I was going to escape the best tracker in Colorado. I just knew I had to go.”

“The best tracker in Colorado?” Quinn snorted in disbelief and rolled his eyes, “He certainly thinks highly of himself, huh?”

“We both know lions have an extremely keen sense of smell…”

“No better than polar bears,” he said, hearing his own voice get a little growly. “Try scenting prey hundreds of miles away in a blizzard. Bet that pansy-ass lion would freeze to death before he’d starve.”

“One can only hope,” Aubrey giggled and stepped completely free of his arms.

Already missing her sweet body against him, Quinn took a seat on the stool right next to her and propped his chin on his hand.

“So, how big is the Grisom pack these days?”

“I’m not really sure.” Frowning as she took another drink of her milk, Aubrey looked thoughtful. “There were at least a hundred people at the barbecue, but most were guests. In truth, I think I’ve only seen a dozen or so actual pack members.”

“So, the likelihood of an army storming my castle is slim. I’ll refrain from calling on the dragon.”

Her laughter rang through the kitchen, echoing back to his ears a couple of times and making him grin. Inside his bear reacted like a small cub, rolling and preening with pleasure. It was the strangest reaction Quinn had ever experienced. Why was this woman so different? What made her so special to his bear? 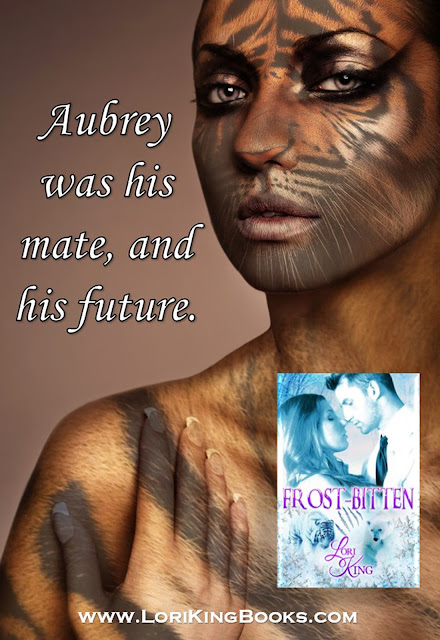 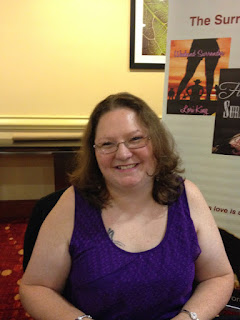 Lori King is the author of more than thirty Amazon best-selling romance novels, as well as a full-time wife and mother of three boys. Although she rarely has time to just enjoy feminine pursuits; at heart she is a hopeless romantic. She spends her days dreaming up Alpha men, and her nights telling their stories. An admitted TV and book junkie, she can be found relaxing with a steamy story, or binging in an entire season of some show online. She gives her parents all the credit for her unique sense of humor and acceptance of all forms of love. There are no two loves alike, but you can love more than one with your whole heart.
With the motto: Live, Laugh, and Love like today is your only chance, she will continue to write as long as you continue to read. Thank you for taking the time to indulge in a good Happily Ever After with her. Find out more about her current projects at http://lorikingbooks.com, or look her up on Facebook: http://www.facebook.com/LoriKingBooks or Twitter: https://twitter.com/LoriKingBooks.