And a journey into a nightmare.

Beth Walsh seemed like such a demure housewife. But while her attorney husband was away at work, she engaged in countless encounters with strangers...until she met the one stranger who would change everything--for the worst. Abbott Lowery was every woman's dream; but the monster lurking inside his handsome, chiseled exterior was terrifying. And Beth's behavior is about to unleash the rage and madness inside. 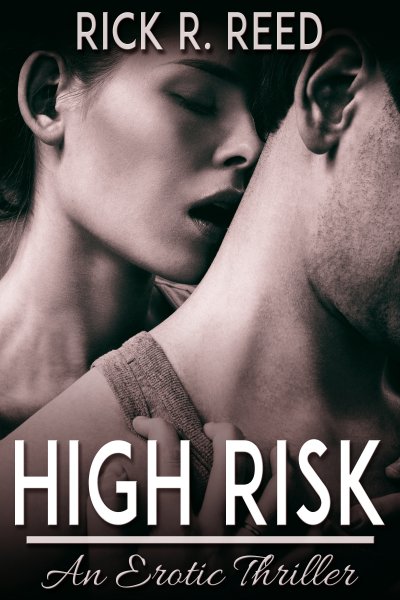 Beth brushed a stray hair off her forehead and approached him.

“I’m looking for a sweater to buy my brother for his birthday.” She rummaged arbitrarily through the stacks and pulled out a gray V-neck. “What do you think of this?” She held up the sweater and tried to engage his eyes. Such blue eyes.

But he wouldn’t look back, even though the green of her eyes had never failed her before. Ah…playing hard to get. Fine, it would just make the spoils all the sweeter.

“I don’t know. Why don’t you ask one of the salespeople? That’s what they’re here for.”

Beth leaned closer. “What would they know? They’re just here to move the merchandise. I need an honest opinion.” Beth paused. “From a man who obviously knows a thing or two about looking good.”

Beth watched as he walked away. Why? Didn’t he understand the signals she was sending?

She watched his ass, encased in worn Levis, and thought she’d be damned if she let this one get away. Not without serious pursuit.

“Wait!” Beth caught up with him, placing a hand on his arm, squeezing the bicep beneath the black cotton T-shirt. “Is that how you take a compliment?”

“What?” That surly expression again. Didn’t he know how alluring it looked? “A man should know how to take a compliment a little more gracefully.” Beth winked. “One never knows which one will be the last.”

“Listen, I’ve got an appointment in about fifteen minutes. I gotta buy these jeans and get outta here.” He sneered. “Thanks so much for the kind word.”

He turned his back on her.

Abbott felt her eyes boring into his back as he scanned the rack of jeans for his size. Distracted—none of the sizes made sense. Anger, hot, began to grow inside, buzzing like an insect, growing, growing.

Why the hell doesn’t she go chase some other guy? There are plenty around who’d be more than happy to give her what she wants.

Plus herpes…or maybe the clap…or syphilis. Even AIDS. It’d be what the tramp deserved anyway.

Abbott shivered as he felt her fingernail trace its way down his spine. Where did she get the idea? She leaned close and whispered, “I think you’re one of the hottest men I’ve ever seen.”


Abbott thought for only a moment. The last comment had enraged him. Little fucking tramp. Why doesn’t the bitch leave me alone? I made it clear, didn’t I? What do I have to do, hit her? Take that fine little neck and snap it?

She watched as he turned. The scowl had vanished, gone, replaced by a smile. Now we’re getting somewhere.

“That’s the kind of compliment I’ll take.” He spun from the jeans, giving her his full attention. “I can’t find anything I like on these racks.” He put emphasis on the last three words.

Sooner or later, even the biggest ones topple. Beth wetted her lips. A blush rose to her cheeks.

“I know what you mean. The only thing in this store I want isn’t for sale.” She giggled. “At least, I hope not.”

Abbott finally met her green-eyed stare. “C’mon, let’s get out of here.”

“Where are we going?”

“What’s that matter?” He started toward the exit. “We can just go to your place.” 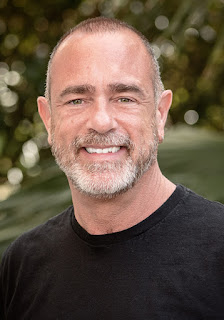 Rick R. Reed draws inspiration from the lives of everyday people to craft stories that quicken the heartbeat, engage emotions, and keep the pages turning. Although he dabbles in horror, dark suspense, and comedy, his attention always returns to the power of love. He’s the award-winning and bestselling author of more than fifty works of published fiction and is forever at work on yet another book. Lambda Literary has called him: “A writer that doesn’t disappoint…” You can find him at www.rickrreed.com or www.rickrreedreality.blogspot.com. Rick lives in Palm Springs, CA with his beloved husband and their Boston terrier.