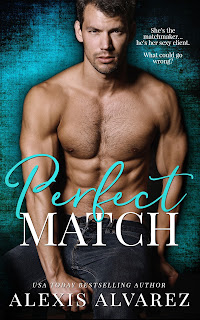 She’s the matchmaker…he’s her sexy client. What could go wrong?

Fia Martin has a tough job: Find the perfect woman for arrogant, handsome Dylan Chambers, before her rival can do it––on national television. If Dylan declares her the winner, Fia’s match-making business will skyrocket.

Dylan is picky. He’s smug. He reminds Fia that he doesn’t believe in true love. The dates she sets up for him end in complete disaster. And every time she tells him to behave, he flirts with her shamelessly.

A stolen kiss turns to a night of unbelievable passion and the best sex of her life...but Fia knows that Dylan’s not interested in more than a fling, because he’s still going on dates for the challenge like nothing happened.

When Dylan chooses her competitor's company for his final dream date in Hawaii, to a woman who looks perfect on paper, Fia figures she can kiss the trophy goodbye. The problem is that she's about to lose her heart, too…to the one man who’s completely unavailable. 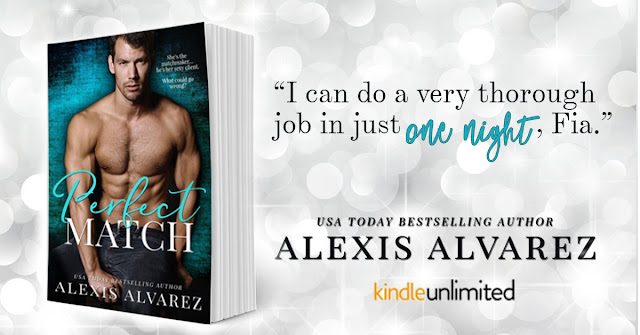 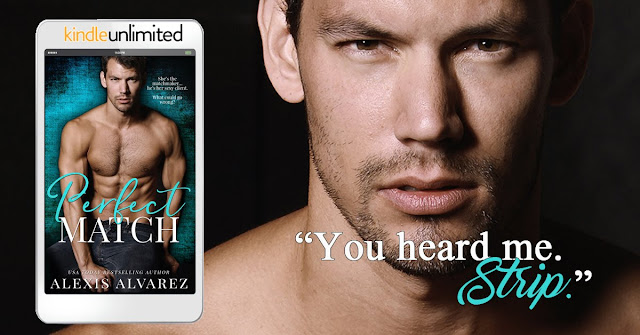 Alexis Alvarez is an author, photographer, and digital designer who loves writing steamy romances. Her female heroines are always strong, intelligent women who fall for the sexiest guy around...and get the happy-ever-after ending of their dreams.

Alexis is a wife and mom, a former chemical engineer, a dachshund-whisperer—wait, that’s a lie. The dachshund usually does the exact opposite of what he’s told.

Do you like contemporary romance with steam and humor? Darker BDSM/erotica novels with fascinating psychological insights? Alexis has you covered. She writes in both genres.

You can usually find Alexis hanging out with her sisters, who are also romance writers, in their Facebook Group, Graffiti Fiction. The three of them love to drink wine together and laugh like hyenas while making dirty jokes and really inappropriate comments. They have a website which is not always updated here: www.graffitifiction.com

Alexis always includes funny, interesting articles in her newsletters in addition to book samples, exclusive freebies and contest/giveaways. She’s been told that it’s the best newsletter around! 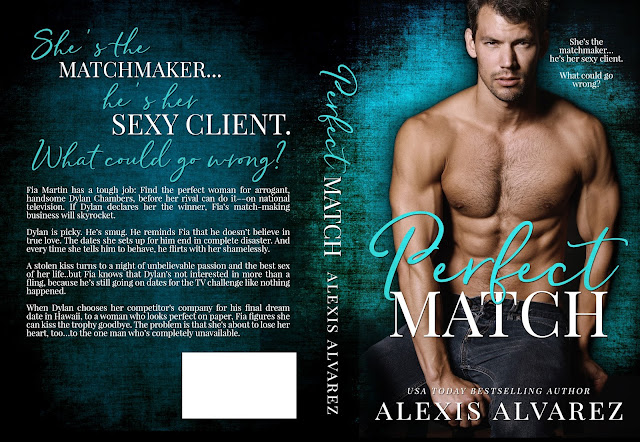