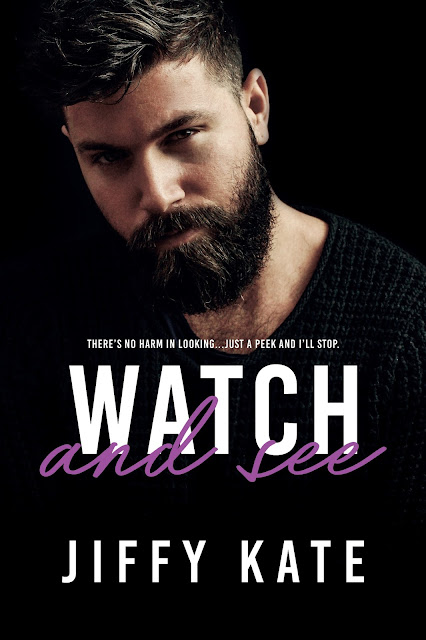 The small-town gossip about her dead dad and drug-addicted mother has taken its toll. But when her mother is admitted to a long-term rehab facility a few hours away, Harper sees her chance for a fresh start.

A shoebox apartment above a Chinese restaurant isn’t exactly the escape she dreamed of, but she makes it work. With limited funds and no social life, she views her new city through a dusty old pair of binoculars.

There’s no harm in looking.

Just a peek and I’ll stop.

Harper finds her new pastime quickly turning into a full-fledged obsession. She begins falling for a man she doesn’t know—has never met—as she watches him have sex through the window of his apartment. Daydreaming about what it would be like if she were one of his conquests.

We all reach a point when watching isn't enough—when we can no longer just be a spectator in our own life. That's when it's supposed to get good, right? When we take control and go after what we want. But what happens when it all blows up in our face and we’re left with less than nothing?

His large palms and long fingers press firmly against the glass, while her pale back slides vigorously up and down, a mess of red hair in tangles around her.

Everything I observe on the other side of that window hits somewhere deep within me, igniting a fire I didn’t know was possible.

Her legs unravel from his waist, and he spins her around. She braces her hands against the glass and her mouth drops open as he enters her from behind. This is the first glimpse I’ve got of her face, and she’s beautiful. Her features are soft and delicate. But she’s no different than the rest—they’re all beautiful.

This is his favorite position. He takes almost every woman like this. And since it’s a favorite of his, it’s also become a favorite of mine. Well, a favorite to watch. I’ve only ever had sex in the missionary position, but I have a good imagination.

I continue to watch. He pushes; she pushes. He pulls; she surrenders. Sometimes, it’s slow and sensual. Other times, it’s fast and hard. It’s up to him. He sets the pace. The women are at his mercy, but I never see them leave without a sated expression. So, I can only guess it’s as good for them as it is for him… and for me.

The woman’s beautiful face contorts as she throws her head back. Judging by the way her mouth is hanging open and her throat is moving, I imagine she’s screaming, probably his name.

He bends her over even farther, his strong hands gripping her torso as his hips collide with hers, and he continues to thrust in and out forcefully. The sweat coating his chest accentuates the definition of his muscles. Gritted teeth and a tight jaw tell me he’s getting close, which disappoints me because I could watch him for hours.

I let out a breath I’ve been holding, licking my dry lips as I watch him push in even harder, his movements becoming erratic.

I probably shouldn’t watch. I’m sure some would think it’s perverse.

I don’t have a fetish, per se, but I do have to admit I get off.

I’d have to be dead not to.

Eventually, his body relaxes, and he pulls out, quickly walking to a nearby trashcan and disposing of the condom. His firm backside is almost as good as the front. I bite my lip, watching the muscles in his back. I want that. I want him.

She disappears, probably going to the bathroom to get cleaned up. He continues to walk around the living room naked. He’s still somewhat erect, and even in this state, it’s something that makes my mouth water and my imagination run wild.

I’m definitely going to have to take a bath before the ice cream tonight. There’s no way I can stand the throbbing between my legs any longer.

Regretfully, I place the binoculars down on the window sill and head for the bathroom. Turning on the faucet, I let the scene from the last few minutes play on loop as I check the temperature water until it’s just right.

When the tub is full, I step in and sink down, resting my head back and allowing the warmth to envelop me—my mind immediately going to him. Closing my eyes, I imagine him. I think about what it would be like to be in the window… to be his prey… to be consumed by him.

Slipping my hand between my legs, I press my middle finger firmly against my clit and make slow circles before dipping down and collecting the wetness that has nothing to do with my bath. It doesn’t take long for me to coax an orgasm to the surface. The familiar tightness in my stomach has me increasing the friction and chasing my release.

Exhaling my appreciation, I sink further into the tub. I’m not completely sated, like the women when they leave his apartment, but I’ve taken the edge off enough to relieve the ache.


When I’m out of the bath and dried off, I walk to the freezer, making my selection for the night.

Returning to the window sill with my carton of ice cream, I curl my legs under me and pick the binoculars back up.

He’s alone, and he’s no longer naked, but this look is a close second. The gray sweatpants he’s wearing hang loosely on his hips, displaying the V of his muscles that lead down below. His hair is wet. I don’t know why, but thinking of him being in the shower at the same time I was in the bath makes me feel connected to him in some weird way. I like it. Sometimes, I like watching what he does after the women leave almost as much as I enjoy watching what he does while they’re there. 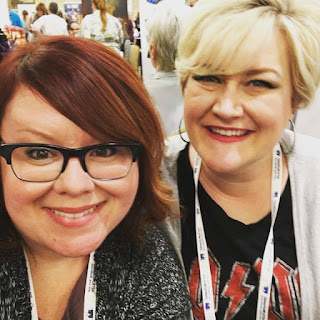 Jiffy Kate is the joint pen name for Jiff Simpson and Jenny Kate Altman. They're co-writing besties who share a brain and a love of cute boys, good coffee, and a fun time.

Together, they've written over twenty stories. Their first published book, Finding Focus, was released in November 2015. Since then, they’ve continued to write what they know, which is southern settings full of swoony heroes and strong heroines. 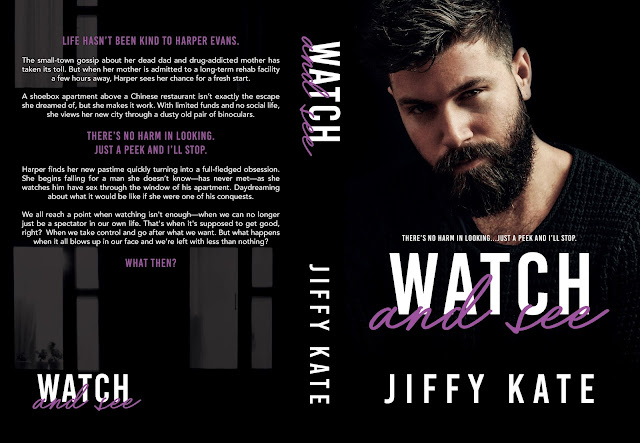