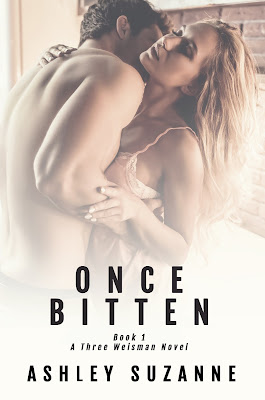 This is a joke? It’s too soon to be April Fools, but is it, really? Because there’s no way that when I finally start working through the pain from the breakup with Walker, he has to come back around.


Who thought it was a good idea to send me to a Three Weisman party?


When all that hurt finally seems like a feeling in my past, why does Walker suddenly want to try again? Does he expect me to end things with his brother and give him another shot? Can he really be the man I need him to be, or am I setting myself up for heartache again?

This is either going to end as a funny story we can tell our children or I’ll never live down the disappointment and embarrassment I’ll cause my parents.

Only one way to tell. 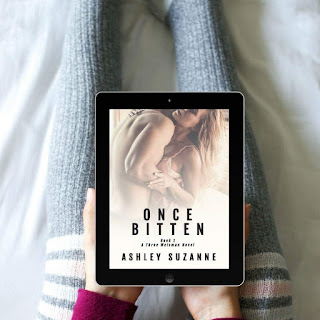 Walker’s lips part, his tongue sliding against mine. Moving his hands from my thighs, around to my ass and pulling me closer—if that’s possible—I keep mine firmly planted on the back of his head, holding him to me and relishing the feeling of control. Our bodies melded together, his heart hammering against my chest, I completely give myself over to him, relinquishing my power and submitting to my wants.

What feels like an eternity only lasts a few seconds, maybe a minute if I’m being generous. By far, the best kiss of my life. My greedy pants mix with Walker’s lustful groans, which only add fuel to the fire. The only area we never had problems is confirmed when I tighten my legs around his frame.

Walker’s the one who separates us—God knows it wasn’t going to be me—but he lingers, his mouth hovering over mine.

“Happy New Year,” he repeats, snaking out his tongue and licking his lips.

“Right back at ya, Weisman.” I recover and attempt to feign some indifference, but the effort’s futile; I’m not fooling anyone, especially Walker. “God,” I whine, throwing my head against the bulletin board and shaking it slowly, irritated with my actions and inability to control myself in the one situation it should be easiest.

Instead of making fun of me, Walker takes the opportunity to graze his lips across my skin, starting at my collar bone and ending at the sensitive flesh just below my ear, where he leaves one quick kiss before whispering, “Don’t worry, Maxi, I won’t tell baby brother I got you all hot and bothered, making damn sure it was me you were kissing at midnight, not him.” The fucker winks and smirks—a deadly combination for any woman’s resolve.

“What the hell’s wrong with you, Walker? In case you missed the point earlier, you could have had me. We didn’t have to be making out in the staff lounge, hiding from anyone or anything. You decided that wasn’t what you wanted. Not me. That wasn’t my call. You. Fucked. It. Up.”

“You don’t get it, do you? You’re so used to money fixing everything, or those damn golf rules you and your dad used to joke about. Listen, Walker, this isn’t a game. There are no mulligans. You’re shooting over par, Tiger. Take the loss and deal. It’s too damn late. I’m not a fucking toy you get to rip out of your brother’s hand when he starts playing with it. Act like a man and treat me like a goddamn lady.”


I hate him getting to me, and even more than that, I hate giving him a reaction he doesn’t deserve. Why wait until I’m kind of okay to start fucking with my head? Who does that?

“So you’re saying I could take you?”


I can’t decide if his smug grin’s infuriating or endearing, and I’m frustrated as hell trying to figure it out.

“No. God. What are you even talking about?” I yell, tossing a verbal flashbang into the air, directing any nearby attention to my hiding spot.

“I’m thinking if I tried to take you away from Wes, you’d come all too willing. Am I wrong, Max?”

“Not a chance in hell. Not until you answer me honestly.”

I hate him and his brilliant-blue eyes. I despise way his jaw ticks … his tell … knowing he’s going to get something he wants. I loathe my inability to steer clear of him and his games.
Come out tonight, it’ll be a blast, they said. All these theys … I wanna punch them all.

When his answer’s not immediate, it hurts more than if he would have lied straight to my face. Shoving him hard enough he stumbles backward, I leap off the counter and run straight for the door.

“Just don’t forget I had you first,” he says, his words loaded.


“And he’ll have me last,” I toss back, anger spewing off every syllable. The first lesson they teach the pretty little rich girls who are bound to marry well: don’t just look like a bitch, be bitchy when the situation calls for it, and never let anyone think they have something to hold over your head; be the one with the leverage.

Straightening my shirt and wiping the remnants of our kiss from my lips, I push open the door and run straight into a brick wall of muscle … otherwise known as my boyfriend.

Before I can respond, Wes takes me in his arms and kisses me. Stunned, I don’t return the kiss. He’s too drunk to notice and completely misses the sharp intake of air, followed by the possessive growl from his brother.


What a tangled web we weave.

This is why girls should save their virginity until they’re married; not because society says so, but because it’s so much easier to not complicate life with an orgasm. Especially when the boy you want to have sex with isn’t the same boy you should be having sex with. See the dilemma?

Now, how fast can I get out of the spider’s lair before my world implodes? 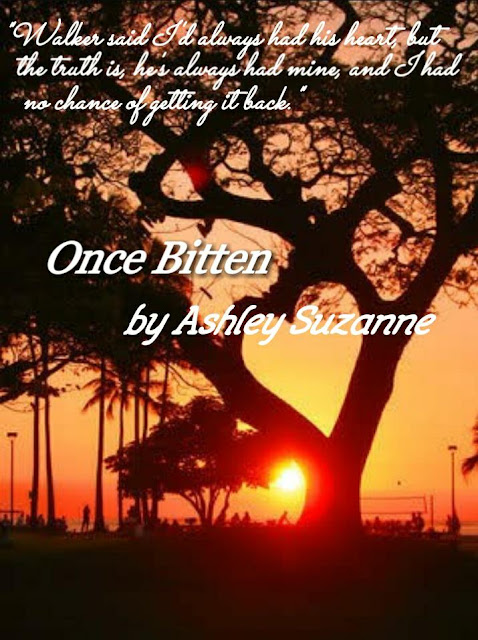 Ashley Suzanne boasts many titles … short-order cook, taxi driver, football mom, maid, boo-boo kisser … the list could truly go on and on forever. Other than her moming and wifing titles, Ashley’s favorite designation is author.


Having written her entire life (mostly hate mail to her sister and cousins), it was no surprise when she penned her first novel, Mirage, in 2013. What started as a way to help her husband heal after losing his best friend, a successful career blossomed.

When Ashley isn’t binge watching whatever the best new show is, you’ll most likely find Ashley hiding in the bathroom from her children, showing homes, begging her husband to watch Hallmark movies with her, gorging on Diet Mt. Dew or buying more Sharpie pens than she’ll ever use. 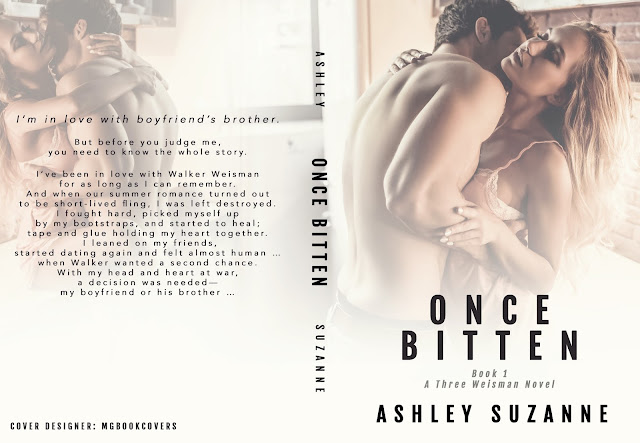