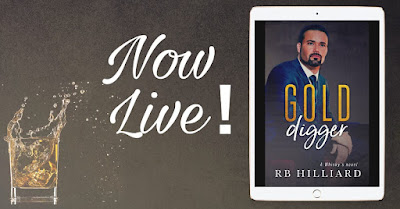 “Funny Funny Funny...with an extra dose of sexy. This story has awesome one liners that kept me chuckling throughout.” - Cali Gal's

“This book is the entire package! It's laugh out loud funny, sweet with just the right amount of sour, and a good amount of drama to keep you reading.” - Nerdy Dirty & Flirty

“This hilariously funny story had me laughing until I cried. As per RB Hilliard's normal story telling, it was full of steam, heat, and relatable characters.” - Book Club Gone Wrong 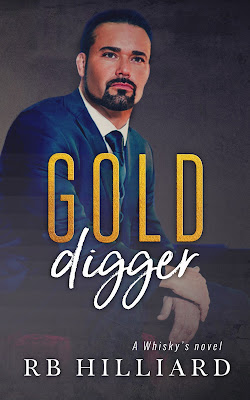 Blake Moreno doesn’t do relationships, ever.
With more money than he knows what to do with and his pick of beautiful women, he has no plans of becoming tied down.

Hadley Jacobs doesn’t have time for dating.
With plans to finish culinary school and to own her own bakery, she has her life all mapped out.

Both couldn’t be more wrong.

When life throws them a curve ball, they have no choice but to catch it and to prove that in the end, love wins. Every. Time.

The minute I stepped into the bar, I spotted them. Hadley’s back was to me and, from where I was standing, it looked as if Belinda and Patrice were blocking her exit. Fucking hell. Since when were Belinda and Patrice friends? And where was Wayne? I started toward them. Bits and pieces of their conversation filtered in as I got closer.
“I’m sorry I took your friend’s job. I wasn’t aware the position had been offered to her,” Hadley told Belinda. “And I’m sorry that my piano playing skills were subpar, however, being that I’m a chef, this shouldn’t surprise you,” she directed at Patrice.
“I know why you’re here. I overheard Zane talking to Cathryn about it. You might be carrying Blake’s brat in your belly but take it from me when I say he isn’t going to take well to being trapped,” Patrice declared, right as I stepped up behind Hadley. Both Patrice and Belinda’s eyes jerked to me and bulged in surprise, but being that Hadley’s back was to me, she wasn’t aware of my presence.
“You’ve got me!” Hadley said, her tone laced with contempt and sarcasm. “Wow, you two are a regular Cagney and Lacey. Tell me, how did you figure it out? Because, really, I planned it so carefully.” Neither woman said a word. They just stood there staring at me. I, however, was highly entertained. Folding my arms over my chest, I waited to see what Hadley would say next. She didn’t disappoint.
“You know what this is about don’t you?” she whispered in a conspiratorial tone. “Blake thinks it’s about the baby, but it’s really about the money. I hear he’s loaded.” I silently chuckled when she expelled a wistful sounding sigh and followed it with, “I’ve always dreamed of being rich.” Both women jumped when she threw up her hands, and shouted, “Yep! Just call me gold digger!” On that note, she then turned to leave. A strangled shriek escaped when she smacked right into me. As she pressed her hands to my chest in order to keep from toppling over, the warmth of her touch seared through me.
“Blake!” she gasped, clearly shocked to find me standing there.
Before Hadley did something else, such as call Patrice Patsy again or refer to Belinda as Boobzilla—something I’d heard both she and Wayne do on more than one occasion—I reached for her hand. Ignoring Patrice and Belinda, who were still busy gawking at us, I said, “Come on, Gold Digger, we’re going to be late for our appointment,” and pulled her in the direction of the door. Right as we breached the threshold, I glanced back over my shoulder and gave the two vipers a look of warning, letting them know that we would be discussing this incident later.
“I didn’t see you standing there,” Hadley muttered, as we made our way toward the front of the hotel.
“Clearly,” I mused, while trying not to laugh at the scene I’d just witnessed. When she let out a disgusted sounding huff, I lost the battle and let the laughter roll. She responded with another huff and a face scrunch, and I thought, this woman is something else. 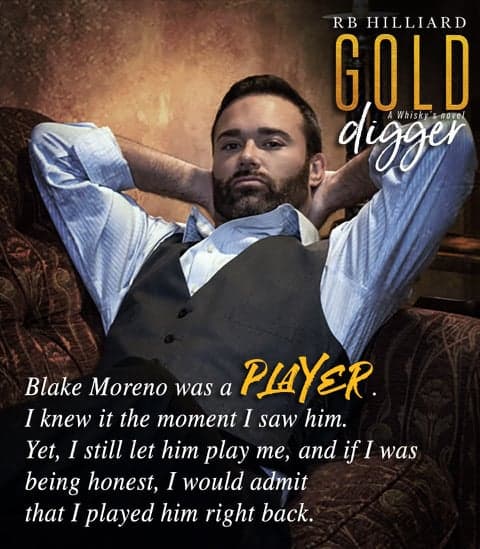 RB Hilliard lives in Charlotte, North Carolina with her husband and two children. In 2012 she began writing His End Game, the first book in her MMG Series. Hilliard has not only published six books in this series, but has gone on to publish Utterly Forgettable, a hilariously funny Romantic Comedy, as well as her Rock Star Romance Series, Meltdown. 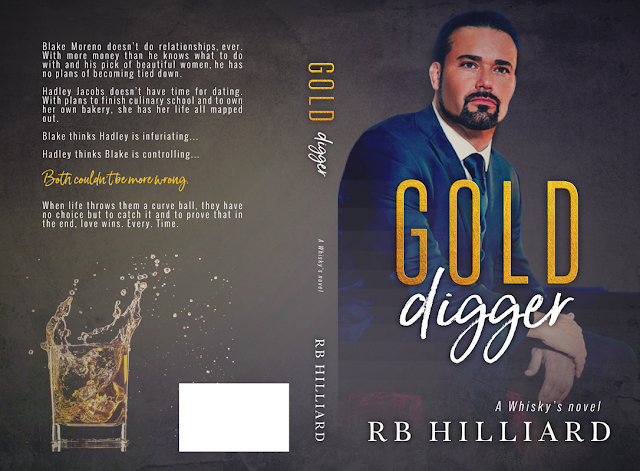