From Golden Czermak, author of the Journeyman Series and the Steam Tycoon, comes an amazing new standalone story.

This book is a contemporary fantasy story with romance, horror, and action-adventure elements.

Cooper Bennett is a high school senior living a hard and abusive life in the sleepy town of Goodman, GA.
One night, a monstrous burden is thrust upon him with the potential to unlock the better life he’s always wanted; one filled with love from the girl of his dreams and strengthened childhood friendships. However, the effects of his actions do not go unnoticed.
Grayson Manning and his athletic son Liam see things far differently, doing everything in their power to send all Cooper has affected into ruin before he and the dangerous Lance Goddard manage to do the same to them. 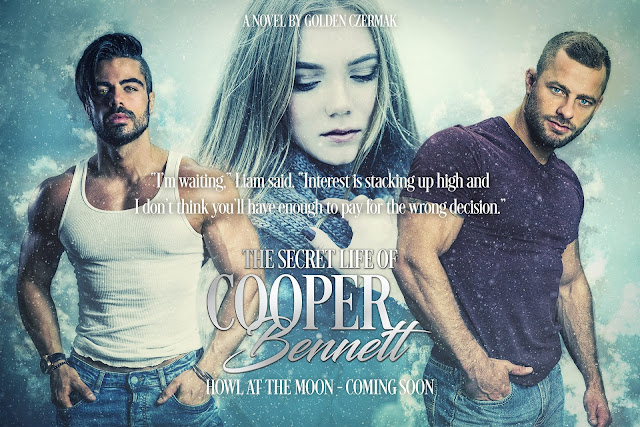 In the beginning, Golden worked the standard corporate rat race, completing college with a chemical engineering degree before starting a small photography company on the side.
Since then, the FuriousFotog brand grew into an internationally recognized brand, published in both domestic and international magazines, on websites, and trade/e-book book covers (even appearing on some himself). Having been in the industry since 2012, Golden has interfaced and networked with countless other authors, clients, and photographers to license and create over four-hundred romance book cover images, diversifying into other commercial work as well.
He published his debut novel, Homeward Bound (The Journeyman Series, Book One) in June 2016, completing the six-book paranormal adventure romance series in January 2017. Since then he has ventured into other genres, including contemporary, fantasy, and erotica.