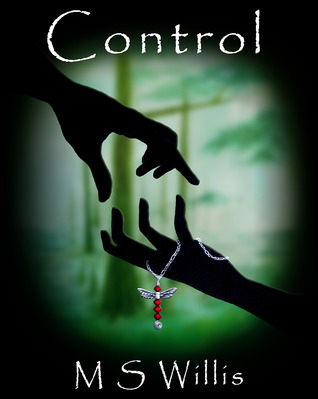 This is a freshman novel by MS Willis telling us about Paige, an independent young woman.  In fact, Paige is SO independent that she doesn't do relationships AT ALL.  She is surrounded by people who care about her, but we see her going to bars by herself and using a motorcycle as her means of transport so as to be by herself.  All that independence is threatened when she meets Daemon.

I really enjoyed this story, even though I think the author held back on us.  It is a short read and literally leaves you hanging for second novel, Conflict. (Maybe it was intentionally split from one larger work to make it more marketable? I don't know.  I do know that I will make sure and read Conflict when it comes out.)  As a reader, we are pretty sure that we know what the end result is going to be, but it will be fun to see how it comes to be.  The journey is as much of a thrill as the destination in this case.

This is a love story propelled by destiny speckled with some HOTNESS.  I definitely recommend this to any of you who go for the more traditional romance.

MS Willis gave us a well-written story.  It read as smoothly as some presented by much more experienced storytellers. I look forward to seeing what else is to come! ***ANN***

Paige Stone lived anything but a normal childhood. Having been raised around an abused women's shelter operated by her parents, Paige was a constant witness to the tragedy and heartache suffered by women at the hands of the men they trusted. Out of refusal to ever allow that to happen to her,... Paige built walls around her heart at a young age. Those walls were only fortified when tragedy struck on her sixth birthday and took from her the only friend and love she knew. Now at 22 years old, and working as a private investigator, Paige is driven by a deep need for strength, independence and a stubborn refusal to accept help from another person. Surrounding herself with her three best friends, Paige never assumed that the autonomy she had worked so hard to build could be challenged.

That was, until Paige met Daemon Pierce.

Mysterious, strong-willed, and breathtakingly beautiful, Daemon seemed to instantly know Paige better than she knew herself. Paige is disgusted by Daemon's reputation as a womanizer, but becomes intrigued when she is unable to discover his background. Paige's curiosity about Daemon proves to be her downfall as she is swept up in his charming and arrogant pursuit to possess her in every possible way.

For the first time in her life, Paige will struggle for control while Daemon slowly dismantles the walls she has built around herself. Only time will tell who will be victorious in their battle of wills as Daemon teaches Paige the weaknesses within herself that she never knew existed. Paige stays one step ahead in her struggle against Daemon's controlling ways, but when tragedy strikes her life a second time, she has to choose; will she put her life in danger, or will she finally accept a helping hand?

Author Bio:
M.S. Willis is a romance novelist whose debut novel, Control, was released in 2013.  Although currently writing in the romance genre, Willis has plans to expand her literary pursuits into multiple genres and has no fear conquering difficult subject matters in her writing.  Willis is a native Floridian who is also a photographer and musician.  When not absorbing herself in written, visual or musical expression, Willis is an adrenaline junkie, a ‘closet’ video game enthusiast, and an avid outdoors person and nature lover.
Visit M.S. Willis on her author page:  www.facebook.com/mswillisbooks
Find her on GoodReads here:  www.goodreads.com/book/show/17912005-control

Cover Artist Bio: Jason L. Lee
Jason L Lee is a Florida Native. The arts have always been a big part of his life. Science, nature, and spirituality have been inspirations to him. He started displaying his work in 1993. In 1996 he started to venture from drawing & photography into acrylic painting. This led to painting live with local bands starting in 1998. His paintings are now created mainly at home. He uses a combination of impressionistic and illustrative painting techniques to create fantastical imagery. He is currently a Scenic Artist working for The Nassal Company and Co-Founder of the Arts Hub Organization.
www.facebook.com/JasonLLee
www.facebook.com/JasonLLeeArt
www.twitter.com/JasonlLee8


Dragonfly Necklace Creator:  Verita Bolin
I started making jewelry in the 80's. In middle school I sold bracelets. In 2004 I started selling my jewels to the public.  I went to The William Holland School of Lapidary Arts to learn stone identification, wire wrapping, and chain making. In 2009 I met Jason L Lee, an artist and curator.  He liked my jewelry and invited me to display in Creative Spirit Art Gallery, at 1st Friday Art Strolls and on Orange Ave.  I have a company with my mother, Tita. We set up all over Florida, have an Etsy store, and Facebook page. People around the country own my jewelry.
facebook.com/VeritasWearableTreasures
VeritasTreasures.Etsy.com

a Rafflecopter giveaway
Posted by Unknown at 5:18 PM No comments: