Special Excerpt of "Regrets" by A. Dawid 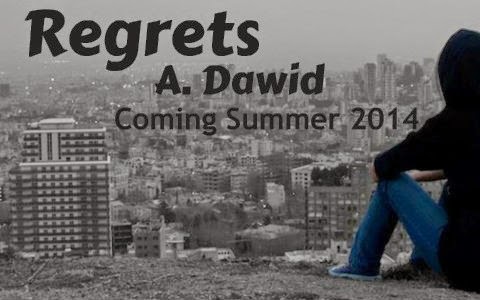 “Come over here with me, to the couch he said.” I did as he said, walking over to the big fluffy brown couch. I sat down as did he, and I looked at him and said, “I love how abrupt you are.” He smiled that one in a million smile at me and said, “only with you. Do you know why?” I couldn't think of an answer, so I just shook my head no. He moved a little closer to me and whispered, “Because I know you want to be dominated in that way. You like it rough.” He was right. In all the years and partners I had had I loved to be the submissive one. I wanted to be controlled when it came to sex, but not when it came to my life. I looked back at him and said, “So control me.” Within a second he was kissing me, but it only lasted for a short second before he pulled away. “Get up and stand in front of me.” I did as I was told, nervous and excited at the same time. “Now, I want you to take an article of clothing off, one at a time.” I looked into his blue eyes as I started to remove my t-shirt. He watched me intensely. “Now the shoes and jeans.” When I started to unbutton my jeans he did the same, mimicking my movements. I was so horny right at the moment I wanted to jump him right then and there, but I also wanted to make him watch me and work for it. I slid my jeans down my legs after slipping off my converse. Right as I was about to take my bra off Nolen told me to stop, “let me look at you in those sexy panties and matching bra. Come here.”  I walked slowly towards him, and without hesitating he stood up, removed his shirt, wiggled his jeans down his own legs, stepping out of them, and in one swift movement picked me up off the ground and into his arms. I laughed as I said, “where are you taking me?” He returned the laugh and said, “I’m taking you to my bedroom, where I am going to fuck you so hard you’re going to want me to never stop.”
When we entered his bedroom, he tossed me down on the bed, and I couldn't help but giggle. He knew exactly what he was doing to me. “I want you,” I said in almost a whimper. Nolen pushed me down on the bed and lowered himself onto me, holding himself up not to put his full weight on me. He reached at the hem of my panties and pulled them down, and said, “So beautiful.” I wanted to die right then when he was just staring down at my pussy. He took one finger and traced along the opening, teasing me, not putting much pressure on it at all. I could feel his cock growing hard under his boxers. I reached my hand down to feel it, and he grabbed my hand and flipped me over, pulling my legs toward him so my ass was in the air. I heard him discard his boxers, and I could feel his cock on my ass. He was rubbing it along the crack of my ass. “Please Nolen, fuck me!” I was practically begging for it, but he continued to take his time. I pushed my ass back against him, trying to get some sort of pressure there, but he held onto my hips to steady me. He reached down between my legs, running his fingers along my slit right over my clit moving fasters and faster in circles. I could feel the wetness between my legs, and my orgasm building. “You are so wet for me, baby,” Nolen said almost in a teasing tone. He knew he was torturing me and he loved every minute of it. Abruptly I felt his tongue on my asshole moving up and down, while he was still fingering my clit harder than before. “Nolen, I can’t take it anymore, I’m going to….” 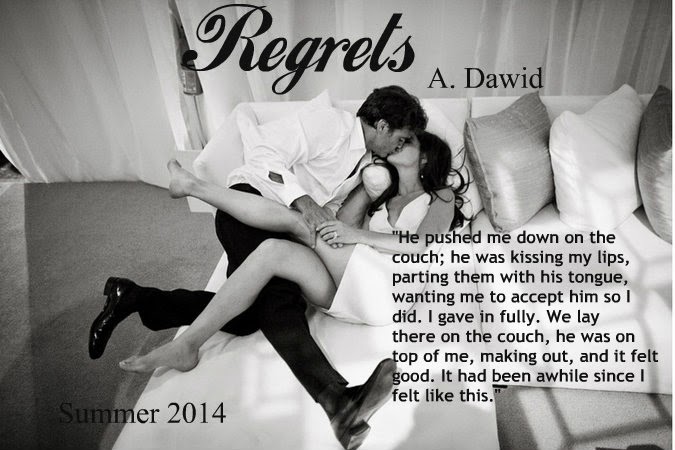 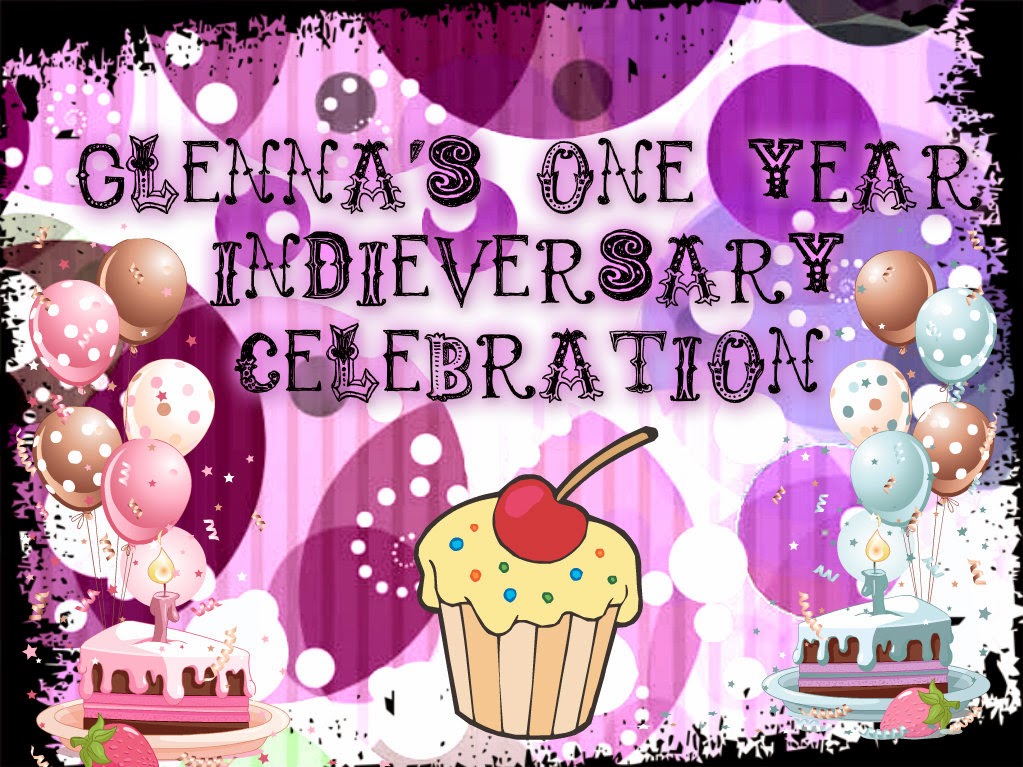 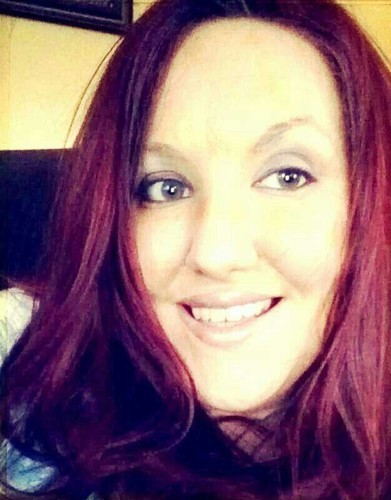 Glenna Maynard is the author of the bestselling romantic suspense novel I'm with You. A mother by day and writer by night, when Glenna isn't writing or spending time with family you can usually find her curled up reading a great book. She has a passion for romance and paranormal reads.
Glenna was born and raised in the beautiful hills of Eastern Ky where she still resides today. Her hobbies include reading, writing, scrap-booking, and cooking.
Glenna Maynard can be found on many social media sights including FaceBook, Twitter, Goodreads, Google+, Pinterest . Her books are available on Amazon, Barnes & Noble, iBooks, and Kobo.

To Celebrate her one year indieversary in publishing Glenna Maynard is giving away a signed set of her Masquerade Series in paperback to one lucky winner!

The Masquerade Series books can all be read as standalones and in any order.
Book 1 Beautiful Strangers 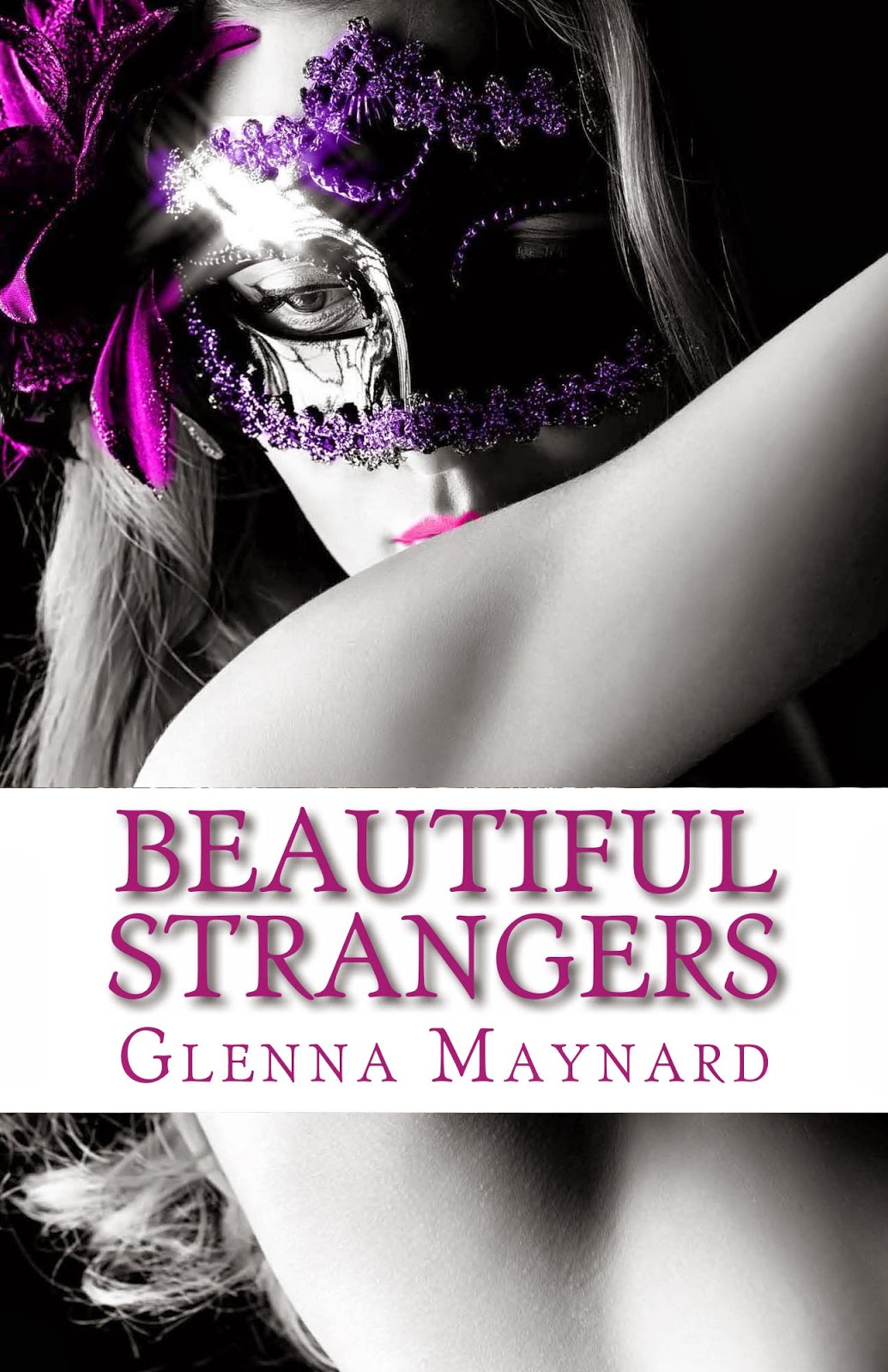 Synopsis
In life we face choices chances and consequences. Grace Montgomery never dreamed hers would lead her to The Masquerade Club, and a fast paced life of sex, drugs, and music. When Evan Brown walked into her life he was too good to be true. Since meeting him her life has been flipped upside down. After a chance encounter with a handsome stranger, Grace finds herself thrust into a relationship with Country Music sensation Jaxson Hayes and torn between two loves. When hidden truths are uncovered will she be able to let go of her past and embrace her future? 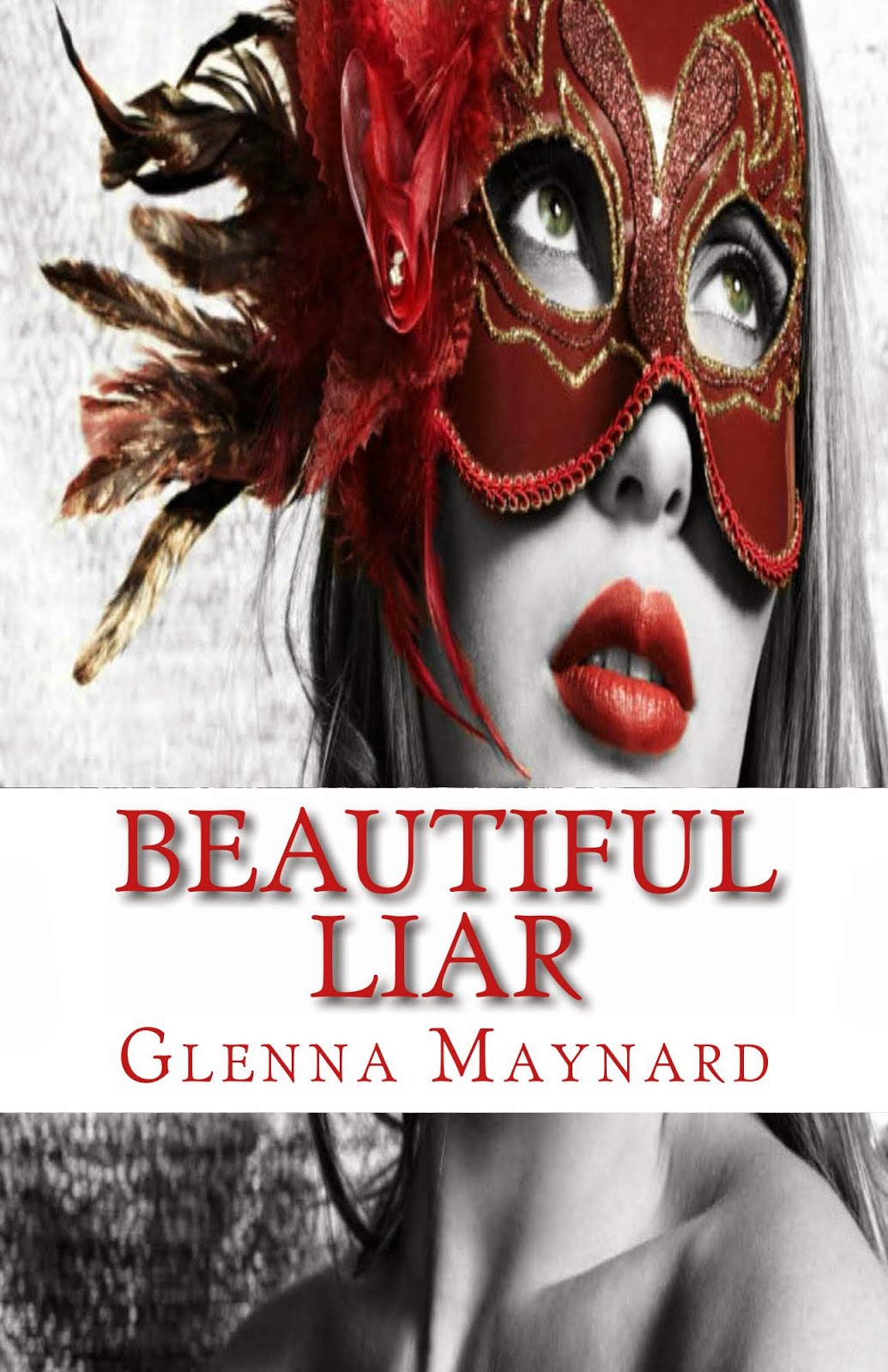 Synopsis
Sometimes life has a way of deciding things for you. Some call it fate.
When Darby Stuart left her high school sweetheart on bended knee three years ago, she never dreamed of seeing him again. The past three years have been rough, but she finally has her life on track. She has new job at the Masquerade Club,and a new man in her life Turner Mathews.
When Brody Case was left on bended knee three years ago he never gave up on his love for Darby. The past three years without her have been hell. After a failed marriage and his career taking a downward spiral he knows he must find her again.
When fate crosses their paths once more, will Brody still feel the same when he discovers the lie Darby fed him years ago? Will fate and lies rekindle what was? Or will Darby find a new life with Turner?
Amazon 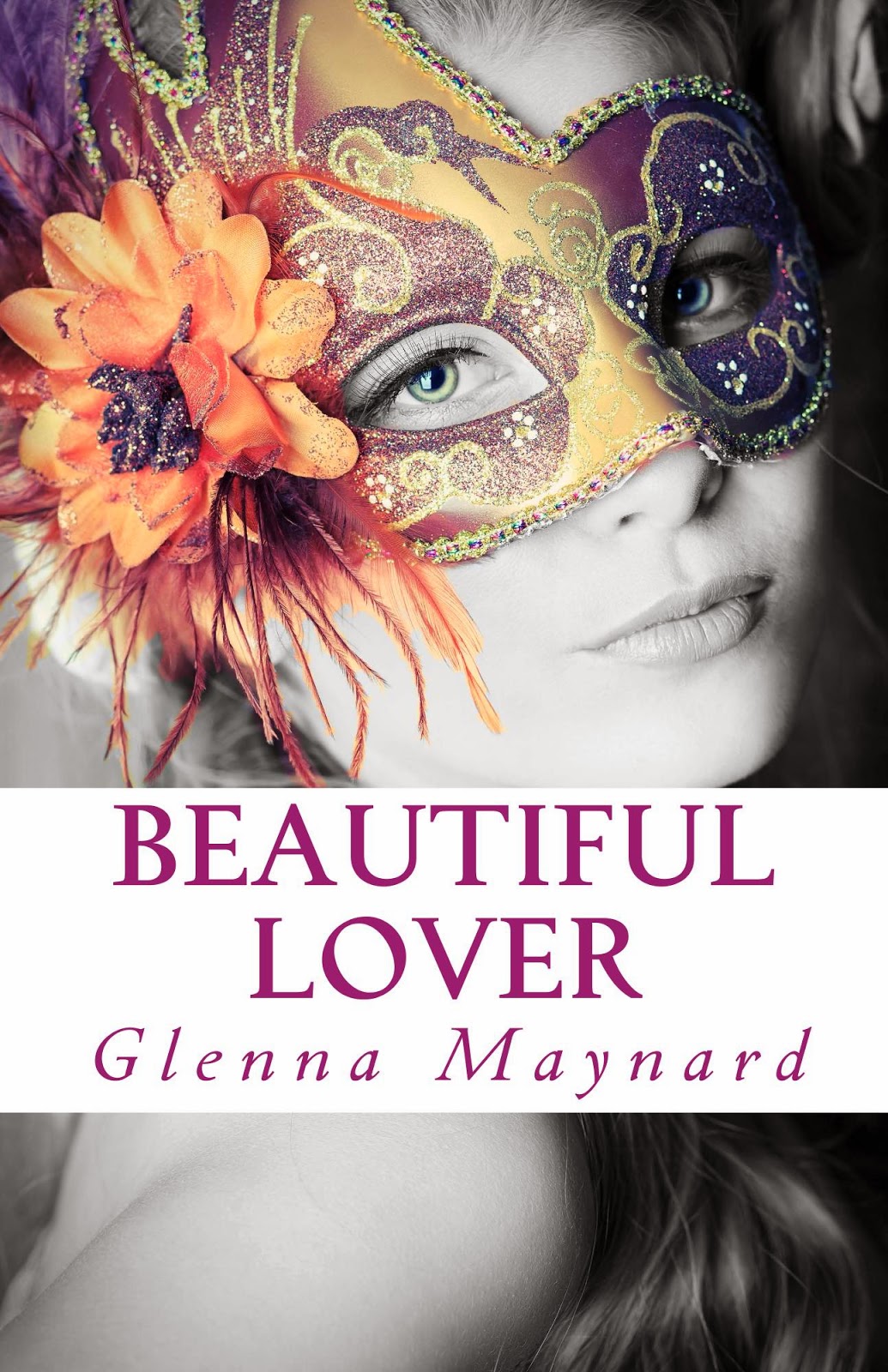 Synopsis
In sin city everyone has secrets, but what matters the most is how far are you willing to go to protect those you love most...

Kingsley knows there are things she doesn't know about the men in her life. She knows everyone's not who they say they are in Vegas...she has secrets of her own.

When lies are uncovered and secrets come out will Kingsley be able to protect those she loves without breaking her own heart?

Torn between the only love she's ever known and a secret love affair with her boss  Kingsley will find out some things are better left unsaid.


a Rafflecopter giveaway
Posted by Unknown at 6:00 AM No comments: