(Book 1 in the Bruised Series)
When Baltimore Homicide Detective Lisa Swanson and her partner Dee Quarter are called to investigate the murder of Ernest Juarez, Lisa meets wheelchair bound Jake Jenson, a man determined to find his best friend’s killer at all costs. Jake is instantly attracted to the standoffish Lisa yet can’t understand why Lisa keeps him at arm’s length.
What Jake feels is resistance toward him, is really Lisa’s distrust of men caused by a previous relationship centered on domestic violence. Lisa desperately searches for Ernest’s killer while fighting her feelings for Jake and trying to mend the pain from her past.
Jake just might be the man of Lisa’s dreams, but will she let shame and fear stand in the way of a new love?
Genres: Romantic suspense/mystery/crime fiction

Stacy-Deanne (Dee-Anne) is a published novelist of interracial romantic suspense and mystery novels. She started writing professionally in 1997 when she was nineteen years old. Stacy grew up loving the suspense genre. Her idols are Edgar Allan Poe and Alfred Hitchcock. Her love for Psycho and many of his movies fueled her fire for suspense. She was born, raised, and resides in Houston, Texas. http://www.stacy-deanne.net
Website
Amazon Author Page
Join Mailing List
Captivated (coming March 1 from Sugar and Spice Press)

Posted by Unknown at 2:38 PM No comments: 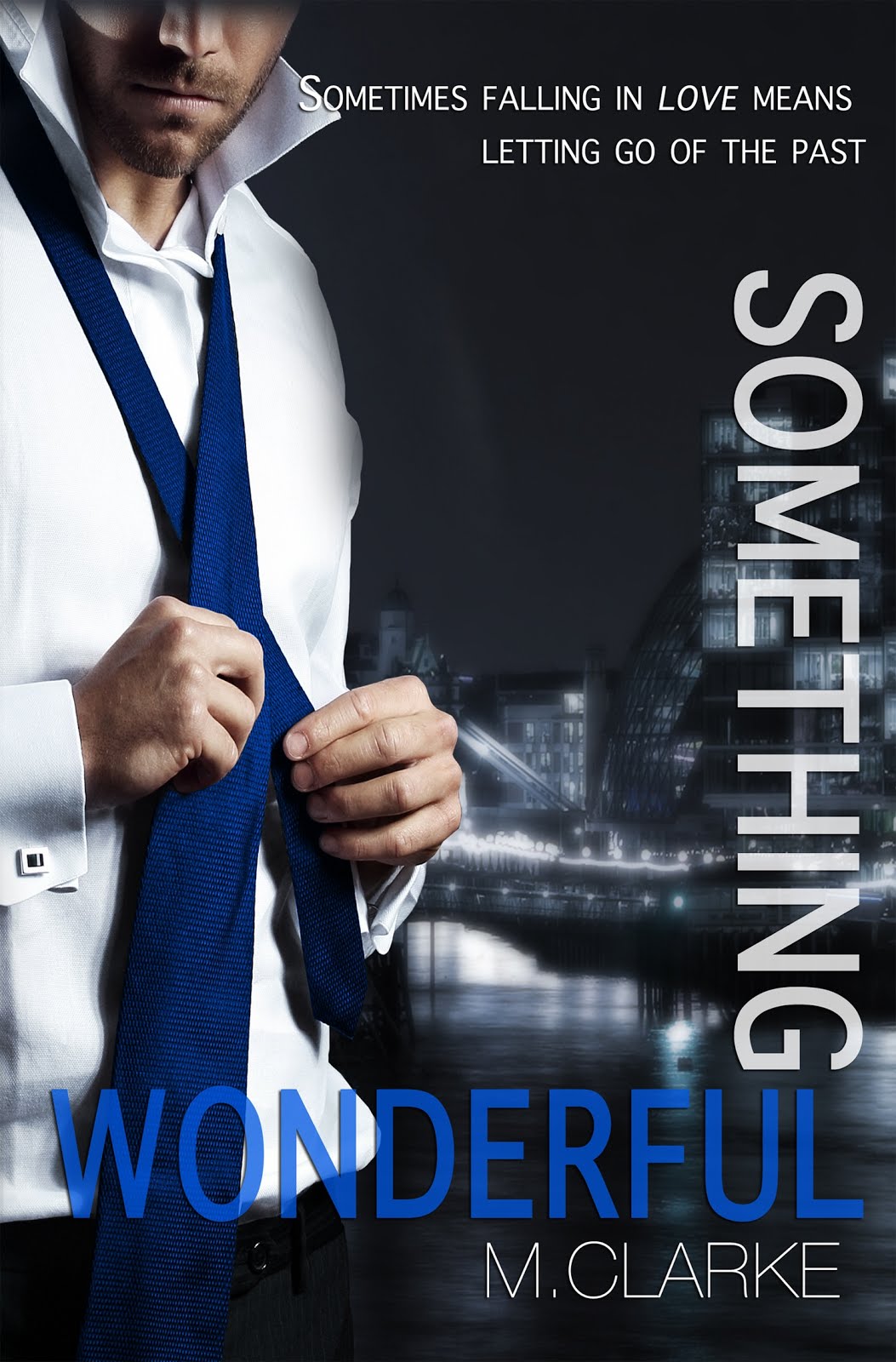 Amazon: http://amzn.to/1eHcAxE
Barnes & Noble: http://bit.ly/MDbbfh
Smashword: https://www.smashwords.com/books/view/406704
Goodreads https://www.goodreads.com/book/show/18969551-something-wonderful
RELEASE DATE: February 10th
Blurb
Sometimes falling in love means letting go of the past…
Jeanella’s confidence and trust in Max continues to grow, and life seems to be on track. Then Crystal decides to pursue a sexual harassment lawsuit, and Jeanella’s world turns upside down. Once again, she wonders if she will ever be enough for Max. Jeanella is forced to make a decision; stay and fight for her man or leave him for good.
Becky's unexpected friendship with Matthew continues to blossom, as they try to define the boundaries of their relationship; but a one-night stand threatens to ruin it all. As Matthew’s feelings for Becky grow, he’s torn between guilt and heartache over his deceased fiancée. Can Becky break through his wall and help him heal?
********

SOMETHING GREAT (Book One
) 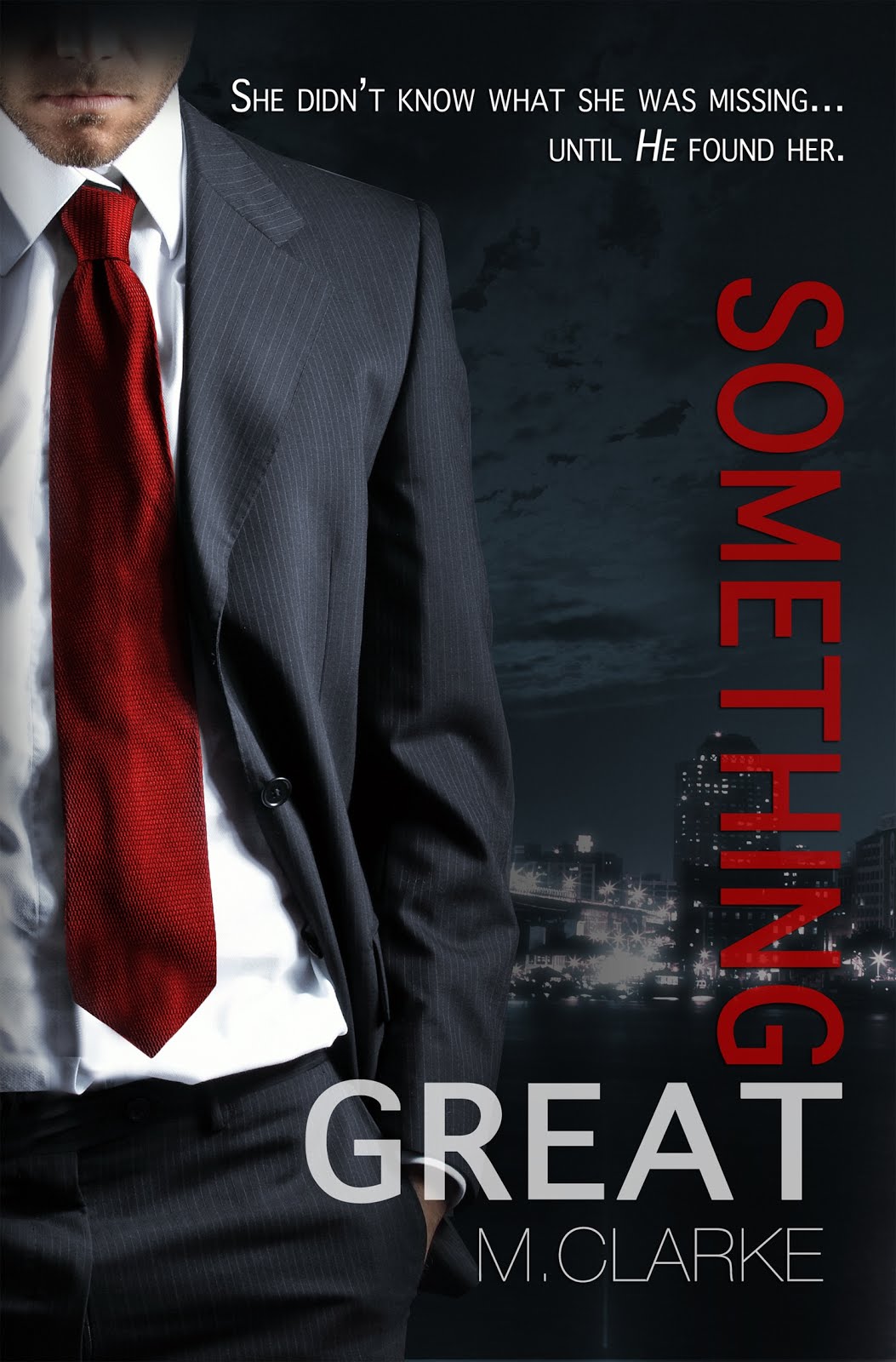 He was everything Jeanella Mefferd did NOT need now.
Fresh out of college, life was predictable and comfortable for Jeanella. She had the strength

of her friends, the security of her job, and she was dating a reliable man; it was all smooth

sailing. That was until one night, when she met someone who made her feel things she’d

never felt before—dangerous, heart pounding, breathless heat.
Never imagining she would see him again, Jeanella has no idea what to do when fate steps in

and thrusts Maxwell Knight into her life, just as things were beginning to change around her.

When she lands her dream job and travels to New York for Fashion Week, can she focus on

her career instead of on Maxwell?

Will she ignore all the danger signs and jump straight into his arms; or would she miss out on

the chance of finding something great?

TEASER:
When he probed with more questions about what I looked for in query letters, I told him I liked romance novels and I basically looked for potential book boyfriends.
“Book boyfriends?” He chuckled out loud. As I watched, his chest moved to the rhythm of his laugh. “Really?” He took his last bite and chugged his coffee.
“Yes…really.” I had already finished my plate since I was too nervous to talk.
“Is that like for people who can’t get one in real life?” He was totally amused by this notion.
“No…silly,” I giggled. “Readers read books to help them escape from the daily routine of life. Many of these romance books have a swoon-worthy, gorgeous guy with really nice abs and a six pack, who can deliver wild, hot sex.” Just the thought alone made me turn red and I froze when he gave me a heated look. Then, his eyes concentrated on my lips, shifted to my breasts, then back up to my eyes when I said ‘wild, hot sex.’ I just described him and what he could potentially do.
Gravitating toward me, his eyes locked lustfully on mine. His lips were just inches away as they parted to speak and I didn’t know how he got so close to me. “I would like to be your book boyfriend,” he said with the hottest sound that could sing out of his lustrous, lick-able mouth. The puff of his breath on my lips sizzled way down to my sex. He reached out to my face, his thumb sensually sliding, feather light to touch my bottom lip with one long, slow stroke. As I watched his tongue glide over his bottom lip at the same time, I quivered beyond control.
Completely dumbfounded, I sat there staring at him and in my mind, I had already taken off my clothes for him. Blinking because that was all I could do, I wanted to say yes, but my pride and my head knew better and stopped me.
Suddenly, he broke his gaze and it felt like he had just dumped ice water over my head. “Is that what a book boyfriend would say and do?” he chuckled as he picked up our plates and took them to the kitchen.
What just happened? I was almost certain my face was deep red, because I felt it down to my toes. 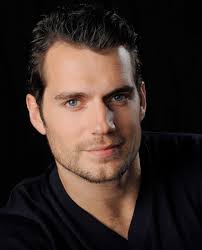 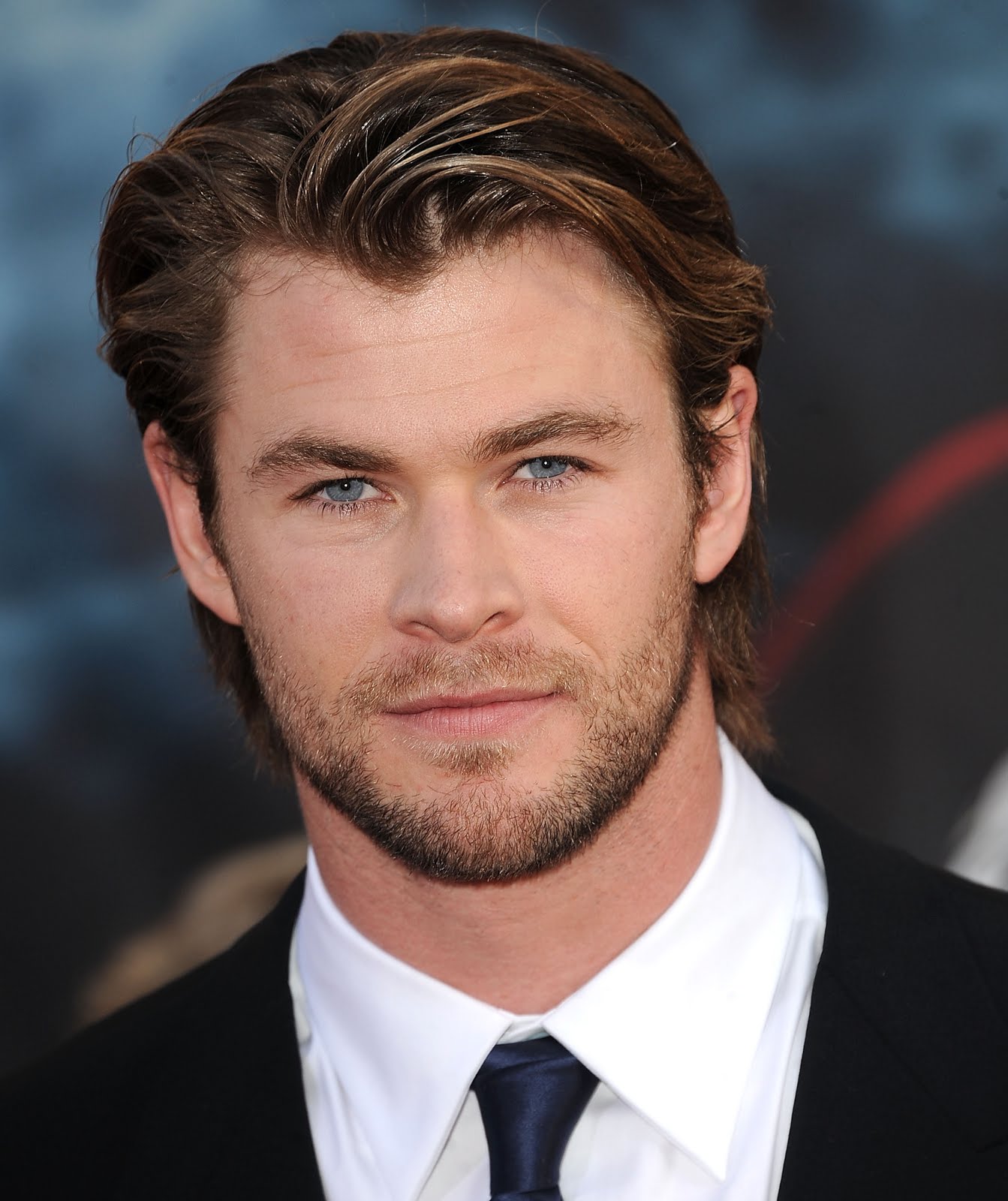 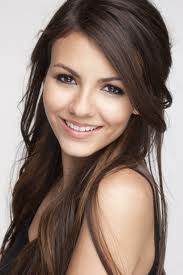 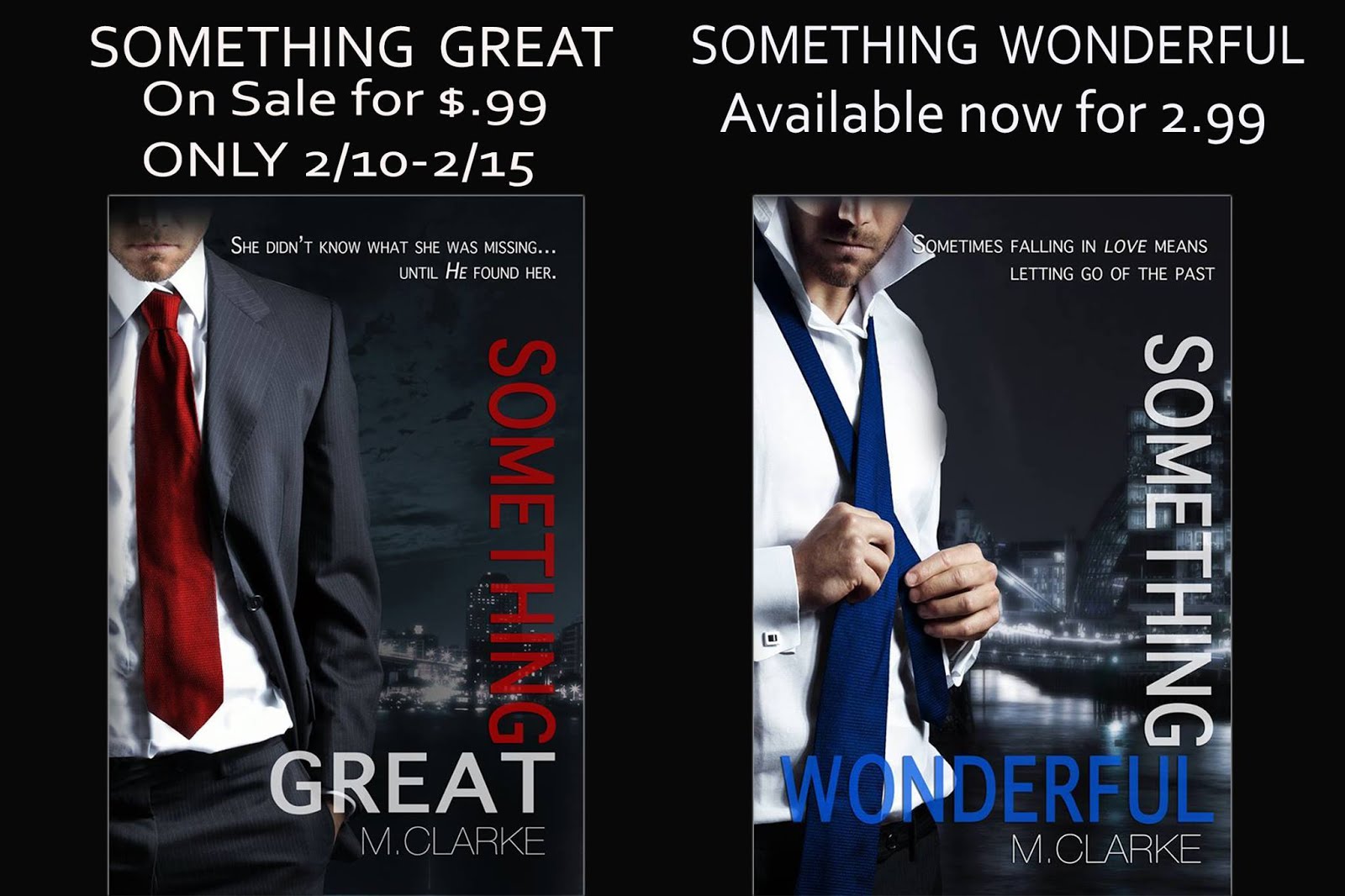 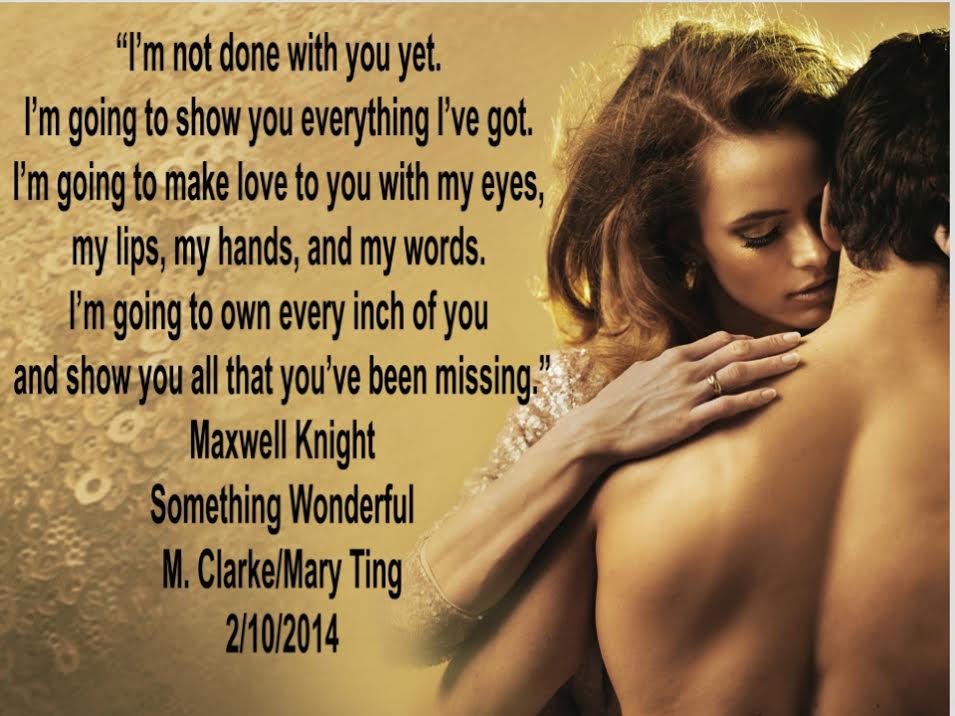 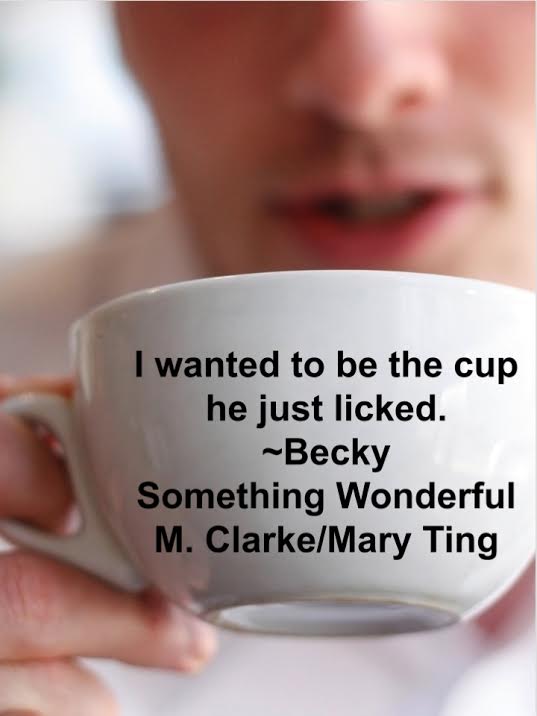 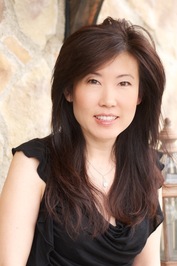 About the Author:
Mary Ting resides in Southern California with her husband and two children. She enjoys oil painting and making jewelry. Writing her first novel, Crossroads Saga, happened by chance. It was a way to grieve the death of her beloved grandmother, and inspired by a dream she once had as a young girl. When she started reading new adult novels, she fell in love with the genre. It was the reason she had to write one-Something Great. Why the pen name, M Clarke? She tours with Magic Johnson Foundation to promote literacy and her children’s chapter book-No Bullies Allowed
Website: http://www.authormaryting.com/
Facebook: https://www.facebook.com/AuthorMaryTing
Goodreads: http://www.goodreads.com/author/show/7181038.M_Clarke
Blog: http://www.marytingbooks.blogspot.com/
Twitter @MaryTing https://twitter.com/MaryTing

Giveaway Signed Books (2) $10 Gift Cards HTML CODE a Rafflecopter giveaway THANK YOU!
Posted by Unknown at 6:58 AM No comments:

Six years ago a monster broke Ava Monroe's soul. She was left with nothing but an empty house and no reason to live. In starting a new life in a new city she finds the strength to carry on, but can she ever erase the demons of her past? When an act of fate brings Seth into her life, they'll attempt to discover the truth about their tainted pasts. But Seth Carter has a secret; one even he doesn't know exists. Will Ava's connection with Seth be enough to lift her up, or will it destroy what little she has left?

I suppose you want to hear about how Emily enjoys long walks on the beach, a nice glass of wine, and wants a man with... Oh wait. This isn't her dating profile. *Ahem* I will start again. When Emily isn't nose deep in her latest and greatest writing adventure or in over her head with her spitfire daughter; you'll find her emerged in the latest book to catch her eye. She doesn't judge, she reads it all and hungers for more. She has been declared a Pintrest queen by some, and is one of the few people you'll ever meet to actually pull off those easy looking recipes; the ones that the rest of us burn. She'd love to hear from you so feel free to hit her up on www.match *nevermind....you'll find the links below! Social Media Links: Facebook: https://www.facebook.com/emilypearsonauthor Twitter: http://twitter.com/EmilyRPearson

Emily is offering a signed paperback when it is released. a Rafflecopter giveaway

Posted by Unknown at 6:22 AM No comments: 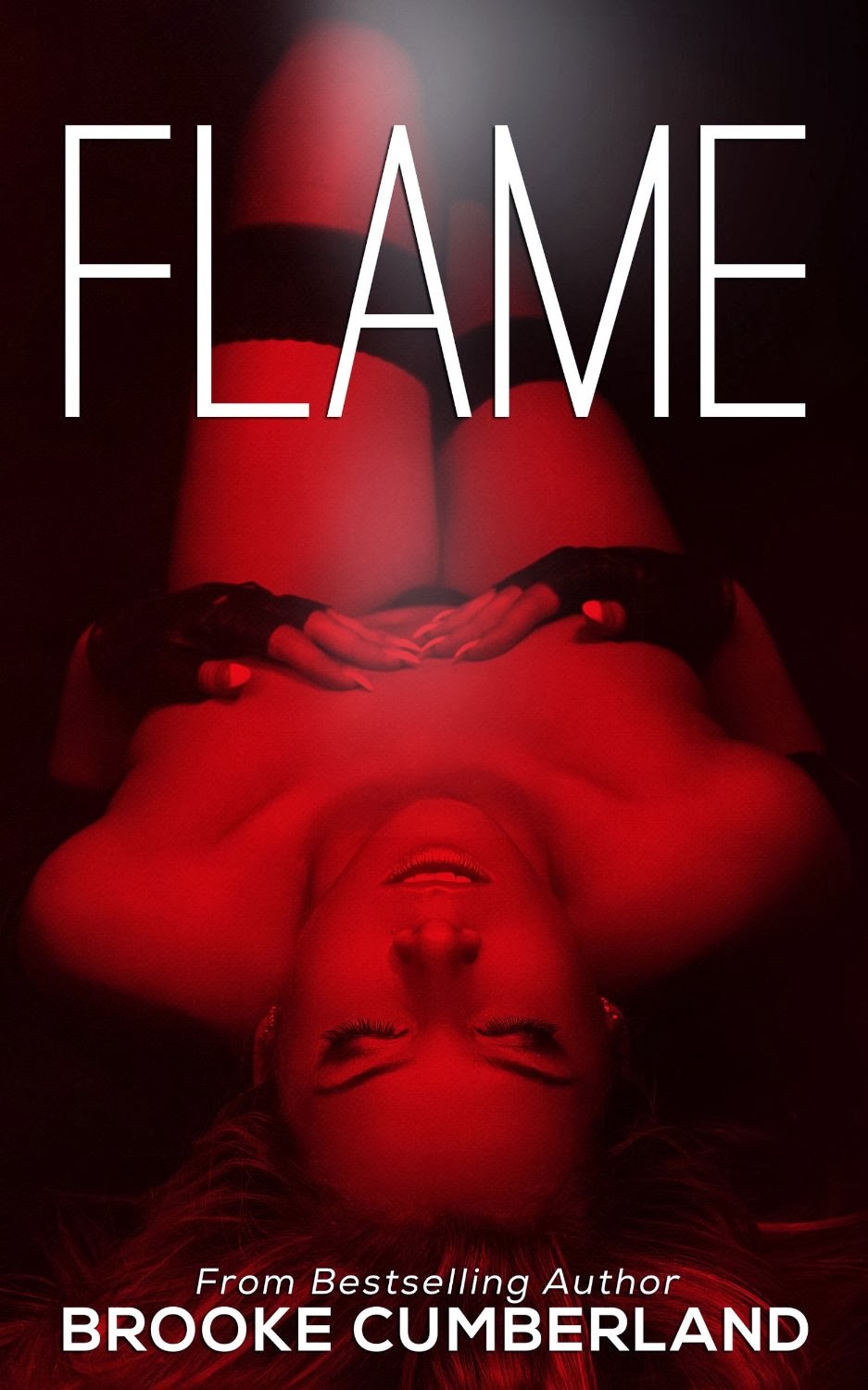 **5 star review**I was lucky enough to read this story as it was written and I loved every single part of it!! After not actually getting around to reading the first two books I was worried that I wouldn't understand what was going on, or who everyone was, but I was wrong, it was written so perfectly that it can be read as a standalone with no confusion at all! It's hot, steamy, angsty, heart wrenching and all consuming. Carissa has an attitude that I love in a lead female character, her 'couldn't care less' perspective on things was refreshing and really made her likeable. She has a shitty childhood to put behind her and a string of one night stands under her belt, which is her preference, she doesn't want to settle down. Ever. That is until Drew walks into her life with his sweet talk, hot looks, alpha male attitude and irresistible British accent! He wants to make Carissa his, and he isn't one to give up, luckily! Their relationship progresses, with ups and down that make you aww in one chapter, and want to scream in the next! I recommend this book, and highly recommend that your phone or kindle is secured in bubble wrap when you hit certain parts, yes you will want to hunt Brooke down and shake her for putting you through the bloody mill, I know I did!

Posted by Unknown at 5:54 AM No comments: