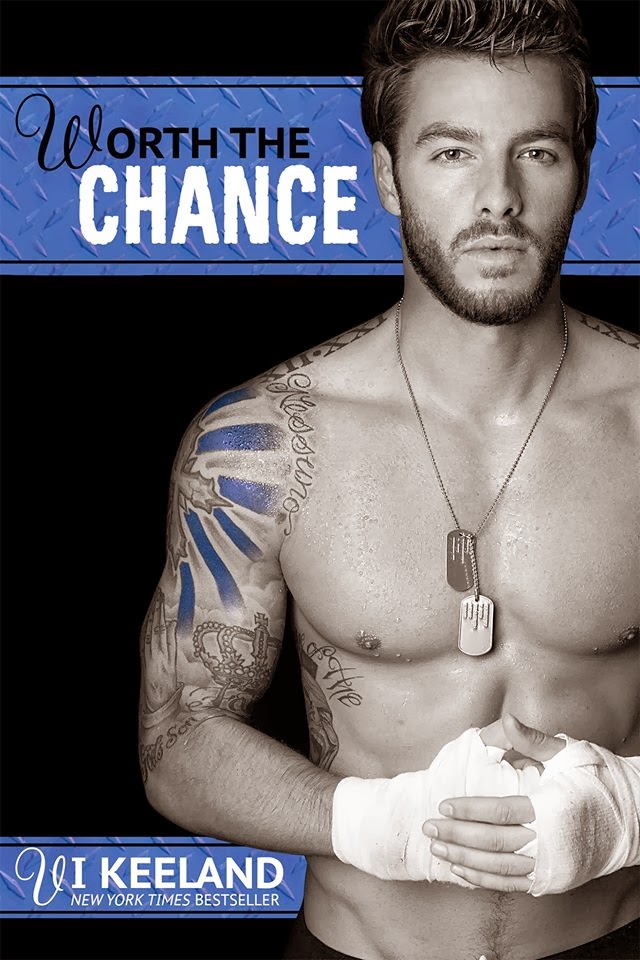 Meet Liv MichaelsIt may have been seven years, but I’d know him anywhere. Sure, he’s grown, filled out in all the right places, but his captivating blue eyes and cocky grin are exactly the way I remember. Even though I’d much rather forget.Liv Michaels is almost there. She’s smart, determined and weeks away from landing the job she’s dreamed about for years. Time healed old wounds, even her broken heart from the devastation of being crushed by her first love.Meet Vince StoneWomen love a fighter, especially a good one. Lucky for me, I’m damn good. But there’s one woman that isn’t interested. Not again, anyway. Vince ‘The Invincible’ Stone is every woman’s fantasy…strong, sexy, confident and completely in control. Growing up surrounded by chaos, he’s learned never to get too attached. Love will drag you down. He adores women, treats them well, puts their own needs before his own…for the night anyway. With the biggest fight of his life coming up, his focus should be on training.When fate brings Vince & Liv back together again, there’s no denying the chemistry is still there. But can Vince erase the old scars their past left behind? Or will Liv hurt him instead?
Posted by Unknown at 7:09 AM No comments:

Review
First of all, let me say, I was one of THE last people I know to have read this series. I had heard so much and was afraid all the hype was going to cause me to be let down when I finally read it. I was SO wrong. This is SUCH a great series, start to finish and Euphoria ended Scarlett's story and HEA in the way it needed to. She was always meant to have the ending she did, even though some did not see that and have given Erin a lot of grief over it. I think it was a brilliant book and a fabulous series and a definite must read. Scarlett faced a lot of turmoil and heartbreak at a very young age but ended up stronger and better in the end because of it. She and I did not always see eye to eye on her behavior with the men in her life, and I called her a whore a few times, quite loudly in fact, lol! but in reality she had led such a sheltered childhood and adolescence that she was struggling to find her proper place and be who she was meant to be and she made some dumb mistakes along the way to that, just like we all do, so I guess I can forgive her in the end. Read this series, it is one of the best I have ever read. 5 Stars, definitely. <3 Kellie


Blurb
After a series of catastrophic misunderstandings and impulsively poor decision-making, Scarlett MacGregor finds herself once again torn between two loves, as different as they may be. Lacking proper closure with their relationship, accompanied by the overwhelming guilt for her role in his devastating downfall, Scarlett resolves to help Mason recover and reclaim his life as a budding rock star. However, now that he has finally claimed her as his, Ash Walker is bound and determined to keep her by his side, and he will go to any lengths necessary to do just that. Mason Templeton has hit rock bottom. He’s in love with a girl whose heart and soul belong to another and he’s partied his way off of an international music tour that was supposed to be his big break. Returning home for rehab sounds like the worst possible way to start a new year, but when an unexpected friendship emerges, he begins to realize that maybe everything does happen for a reason. Euphoria is the third and final installment of Scarlett, Ash, and Mason’s self-discovering journeys to happiness and understanding the meaning of true love ~ the kind that begs for complete surrender Recommended for readers 17+ due to sexual content and harsh language. 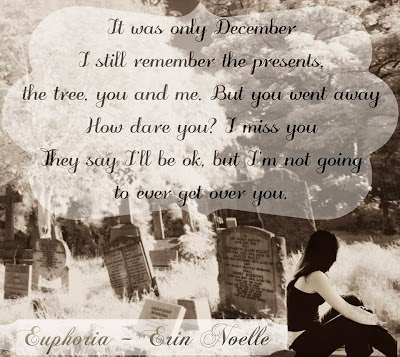 I attempted to slip my panties on while the towel was still covering me, but I clumsily fell over my own feet, and the towel ended up on the floor as did I, flat on my butt. I looked up at Ash on the bed, who was trying desperately not to laugh, and then down at myself, sprawled out naked on the floor except my panties that were half on. “Are you sure you want to take this hot mess somewhere across the country with you?” I asked him, half joking. “As John Legend says babe, I ‘love your curves and all your edges, all your perfect imperfections,’” he answered sincerely. If I hadn’t already been on the floor, I think I may have melted into a puddle on it. “Awww that’s one of the sweetest things you’ve ever said to me. You totally just gave me butterflies,” I told him honestly as I stood up and finished pulling my panties up. I walked over to the bed and leaned down to give him a quick kiss. He groaned loudly as I pulled my away from his. “What?” I asked. “You,” he growled as he grabbed a hold of my hips and pulled me up on the bed and into his lap. “You’re the hottest little thing I’ve ever laid my eyes on, and you’re prancing around here without clothes on, knowing damn well what you’re doing to me.” He brought his mouth back to mine, this time giving me a much more sensual kiss. “I’m not prancing,” I mumbled against his mouth. “I’m more like flopping around.” “Well your flopping is extremely sexy, in case you didn’t know,” he said as he began peppering kisses up and down my neck. “Don’t think I’m not aware of what you’re trying to do, Mr. Walker,” I attempted to say with a stern voice, but it came out more in a breathy whisper. He was turning me into putty in his hands and completely erasing the reason I was upset to begin with. “We are supposed to be talking about something important… I think.” ​“Yes, this is very important,” he murmured against my sensitive skin as his head moved lower on my chest and drew a nipple into his mouth. That was all it took for me, I was a goner and all was forgiven. It was decided ~ we were moving to California. ~ Scarlett 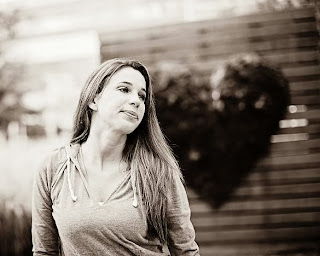 Erin Noelle is a Texas native, where she lives with her husband and two daughters. First a bookkeeper, and now an author, she often jokes that she’s a woman of numbers by day and letters by night. Erin is an avid reader of all romance novels and a huge sports fan. Most nights you can find her cuddled up in bed with her husband, her Kindle in hand and a game of some sorts on tv. You can follow her on Facebook @ www.facebook.com/erin.noelle.98.

Grand Prize Giveaway Erin is giving away a Kindle Paperwhite as the grand prize – please note this is US only. a Rafflecopter giveaway
Posted by Unknown at 6:53 AM 2 comments: