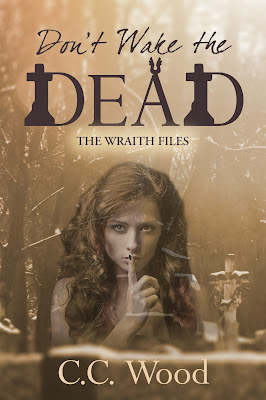 My name is
Zoe Thorne and I'm just an ordinary woman. My life is mundane, and that's
perfectly fine with me; I work a boring job, watch TV, read books, and sleep
alone. There's nothing special about me.
Except
that I can see ghosts.
After
suffering years of rejection due to my freakish ability, I'm determined to hide
my "gift" from others. That is until I meet Malachi Flemming and his peculiar
yet amusing friends. Mal hosts a paranormal web show titled The Wraith Files and when he discovers
my talent, he offers me a job. Well, offer may not be the right word.
He
won't take no for an answer.
One
night, we stumble across a spirit on the side of a deserted, country road. He
seems lost and scared, convinced someone murdered him. Mal's interest is piqued
and he insists on helping me investigate the accident. The deeper we dig, the
clearer it becomes that the killer doesn't want us to discover the truth.

Desperate
people will go to any lengths to keep their secrets buried. Sometimes it's best
not to wake the dead unless you plan to join them.

Add it to your Goodreads TBR here! 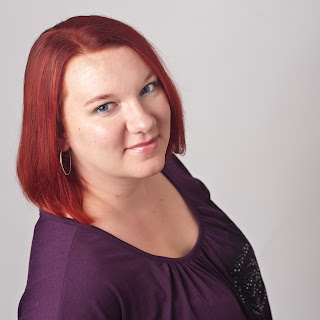 A native Texan, C.C. grew
up either reading or playing the piano.
Years later, she’s still not grown up and doing the same things.  Since the voices in her head never shut up,
C.C. decided to share their crazy stories and started writing books.
Now that she has a baby
girl at home, C.C.’s non-writing time is usually spent cleaning up poopy
diapers or feeding the poop machine.
Sometimes she teaches piano, cooks, or spends time bugging her hubby and
two beagles.
Facebook * Instagram * Twitter * Pinterest
Posted by Unknown at 8:46 AM No comments:

Release Blitz: May 31 - Only for the Night by Ella Sheridan

Posted by Unknown at 8:44 AM No comments:

Christmastime in cozy Crystal Brook, North Carolina is for tree trimming and family dinners, not for falling in love. Besides, Gwen Lawrence doesn’t believe in love. Not since her heart was broken a year ago back in New York. She’s yet to recover and finds that love only taunts and teases but never fully delivers. So she keeps herself busy in a whirlwind of lattes and paperbacks via her new business – a hometown bookstore coffee shop – and avoids all chances of love… until Jason Adler arrives in town.
Jason, a billionaire real estate mogul, once did believe in love – until his wife divorced him out of the blue. No longer believing in a happily ever after, he is content to use women for one night stands and weekend flings. Until he meets his match in the headstrong, deceptively aloof Gwen, who isn’t impressed with what’s in his pocket or his pants. An unusual set of circumstances find them spending Christmas week under the same roof – Gwen’s parent’s house – and the holiday sparks start flying.
In the midst of a family holiday, can a Christmas miracle occur? Or will Santa only deliver heartbreak once again?

Jessica Blake is the author of the hot alpha billionaire romance series, The Billionaire Prisoner, along with her friend Alice Ward.
Since she was a young college girl reading and writing romance was what she loved the most and she enjoys entertaining her fans through her books.
Living in Miami, she likes to sit by the pool with her laptop and write her next hot romance.
However, when she is not reading or writing romance, she also enjoys being with her beautiful family.

His erotic demands test everything she believes.
When the fearless, larger-than-life Nathan Donovan becomes her boss, Kelsey Lane’s life is turned upside down. The multimillionaire wants her by his side, but his demands don’t end there.
Kelsey avoids romantic entanglements, especially with overwhelmingly dynamic men like Nathan. But she quickly discovers his attention and sensual desires ignite something deep inside her, leading her on a journey that tests everything she believes.
The youngest, boldest of the dynamic Donovan brothers, Nathan is accustomed to getting what he wants. And he focuses his attention on the smart, sexy Kelsey. He quickly discovers she’s unlike any woman he’s ever known.
She meets him, desire for desire, getting deep inside him, destroying the barriers he keeps around his heart. He wonders, though, if she’s willing to give him the one thing he demands…