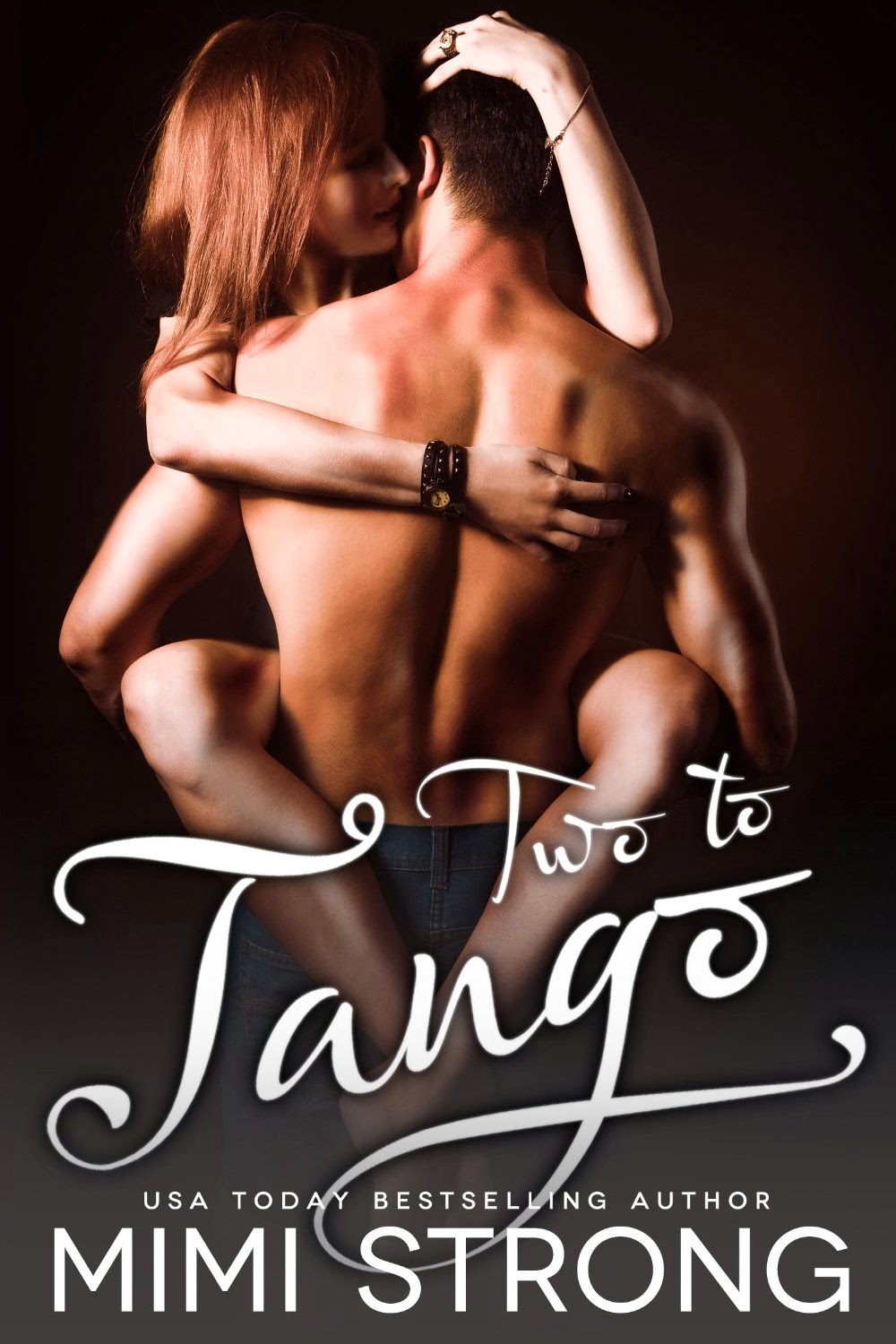 Two to Tango by Author Mimi Strong- Reviewed by Tonya


Charlie and Skye’s love story was very raw, emotional, and unique. It was a definite five star read for me. I loved the way the book was in two person POV and I especially loved all the twists and turns it took to make the story its own in a very unique way.
Charlie Ward is wealthy 29 year old man that was born into money. He works for his family’s country club as the “fixer”, Charlie loves to fix problems. Ever since he was a small child and lost his mother, he has a need to fix everything. Skye Evans is a dance instructor and former stripper. She is trying hard to turn her life around and make good choices. With a scarred childhood, being the secret daughter of a mistress and a wealthy man with another family, she despises the rich people.
When Skye’s dance class is threatened by the new classes at the country club, Skye decides to attend the open house in hoping to talk her parents out of taking their children out of her class. Before she has a chance to confront her student’s parents, she bumps into the clubs grounds keeper. Charlie thinks Skye is there to crash the open house and Skye believes that Charlie is the country clubs grounds keeper. Neither of them make the effort to ask each other because the sexual chemistry is enough for them not to care (and ummmm… its great… pool sex scene anyone?)They have an amazing night together but then they lose contact because of some crazy bad luck.
Speaking of bad luck, the universe is definitely not on the couple’s side as everything that could go wrong does. Skye ends up losing almost everything she has worked so hard for and her life starts to unravel. When Charlie finally finds Skye again, she is down and out. He tries to fix her problems for her and is succeeding pretty well, until she realizes that he is rich, and not the grounds keeper. Can she finally trust a wealthy man? Charlie is not without his demons, he is not so sure of Skye either, even though he has strong feeling for her, he thinks that she is hiding something from him.
My favorite thing about this story is the way it keeps you on your toes. I loved not knowing what the next chapter was going to bring.  If you’re looking for a new kind of love story, Charlie and Skye’s story is it.


**Excerpt**~ Charlie and Skye -
Charlie: “I’ll do anything for a future member. When you get back to your car, you’ll find in addition to having your tire fixed, your vehicle will have been thoroughly washed, waxed, and vacuumed.”
“You were so worried about me sneaking in here and stealing all your fancy cheese, and now you’re being so nice to me, Why?”
“Because you can’t trust first impressions.”

Posted by Unknown at 9:05 PM No comments: 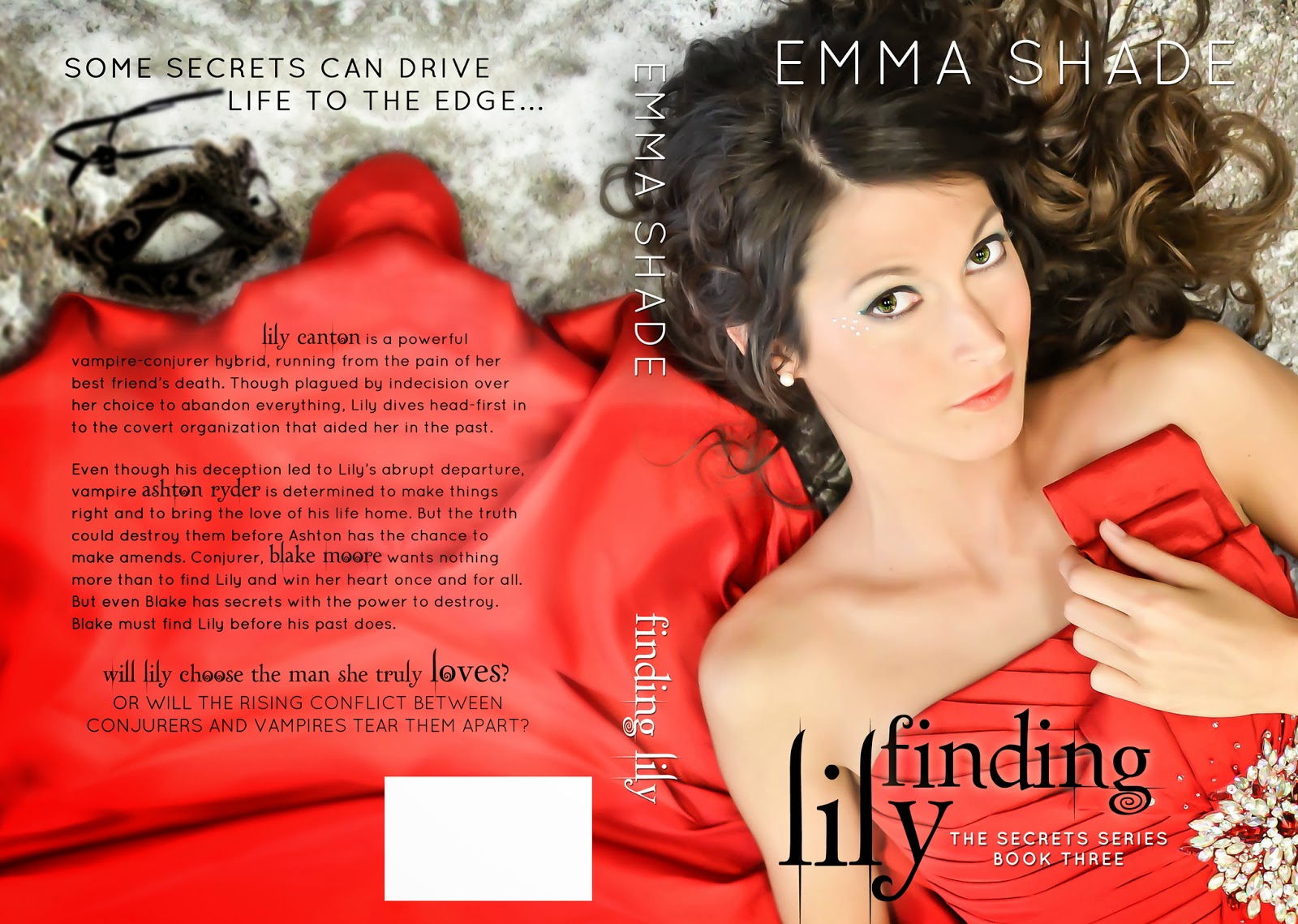 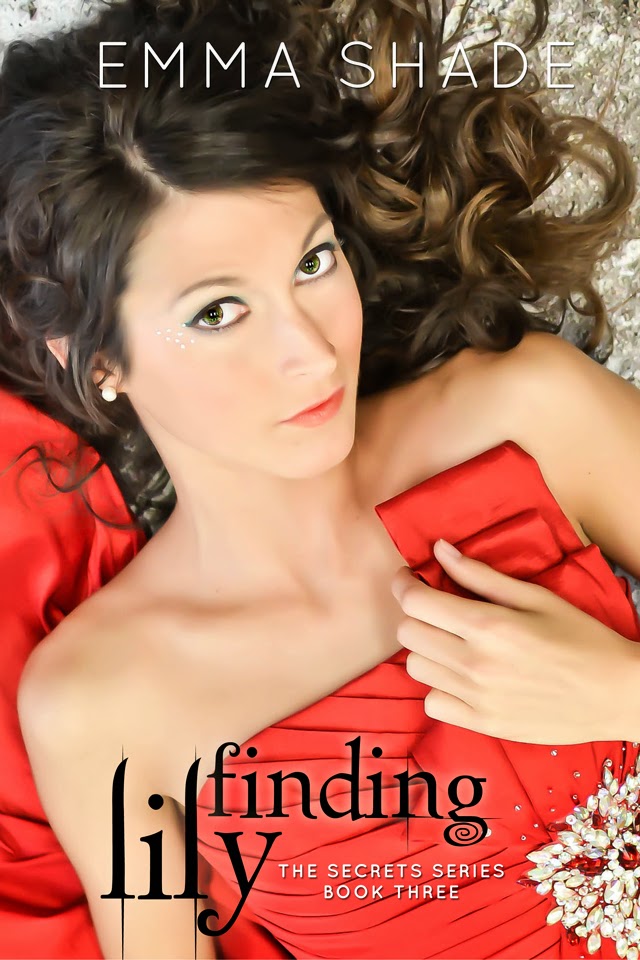 Some secrets can drive life to the edge…

Lily Canton is a powerful vampire-conjurer hybrid, running from the pain of her best friend’s death. Though plagued by indecision over her choice to abandon everything, Lily dives head-first in to the covert organization that aided her in the past.

Even though his deception led to Lily’s abrupt departure, vampire Ashton Ryder is determined to make things right and to bring the love of his life home. But the truth could destroy them before Ashton has the chance to make amends. Conjurer Blake Moore wants nothing more than to find Lily and win her heart once and for all. But even Blake has secrets with the power to destroy. Blake must find Lily before his past does.

Unbeknownst to Lily, a storm is brewing with her at the center. Carefully buried secrets will be exposed, rocking the worlds of vampires and conjurers alike.

Will Lily choose the man she truly loves? Or will the rising conflict between conjurers and vampires tear them apart?


FINDING LILY is the 3rd book in THE SECRETS SERIES

Posted by Unknown at 6:21 PM No comments: