UNTOUCHABLE describes Siri Wright until she meets Aurelius Moore. From the first time their eyes connect, there are fireworks and the game is on, but both harbor secrets that threaten the very real possibility of having a beautiful thing together.

UNSTOPPABLE describes Aurelius Moore when it comes to Siri Wright.
In Unstoppable, Siri learns all there is to know about a man NO ONE TRULY KNOWS. Despite her confidence that the dark is only dark until the light shines on it, Aurei has some very dark secrets that Siri will have to come to terms with as they explore this beautiful thing they have found. Aurei's secrets are even more private, and potentially more devastating to their romance than hers. 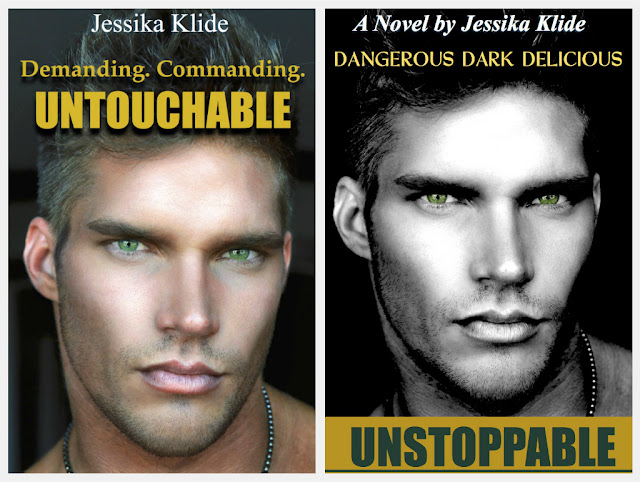 Siri Wright, 24, is a successful Vegas Star, but she is NOT stereotypical. While she knows sex and works her moneymaker, she is more than an exotic entertainer. She is a gifted dancer with a ballet background, who has turned her talent into a specialty niche which has made her rich and famous, but that identity is top-secret! Living under the protection of celebrity status in Vegas, she is kept isolated and alone. In Alabama, she meets and falls for Aurei Moore.

Aurelius Moore, 24, is a former Army helicopter pilot, an alpha male in every sense of the term, who knows what he wants and makes it happen. Having won Siri’s Heart, will his secrets shatter it into a thousand pieces?

Siri’s Saga must be read in order. They are not stand alone novels.
Untouchable book 1
Unstoppable book 2
Undone book 3 (to be release)

Bristol is trying to move on from a cheating ex. The last thing she wants are roses, gifts, and suggestive notes popping up at her apartment and at work.

When Bristol meets Mason—a charming and sweet guy who wants a chance with her—she’s convinced that he is the mystery guy trying to capture her heart. The thought fizzles when what appeared to be harmless turns into something much more terrifying, and Bristol realizes that Mason isn’t capable of such things—not in his position.

Bristol’s secret admirer is determined to have her for himself, no matter what. Will she have the courage to fight?

Images provided by author and downloaded from CanStockPhoto

Shane Morgan is a bestselling author of contemporary romance, suspense, and urban fantasy. She lives in the beautiful town of Narragansett, Rhode Island with her amazing husband, who doesn’t mind being surrounded by books or inspiring the male characters in her stories. Aside from writing, Shane enjoys blogging, reading, listening to music and watching movies.

Posted by Unknown at 5:49 AM No comments:

Allison Rand is a hot little barista struggling to make rent. The firecracker is not afraid to take chances. Except when it comes to her heart. She moved from her sleepy small town beginnings, to chase her dreams in the City of Angels. When her best customer offers her the job of a lifetime, she jumps in with both feet. Right into the arms of Cooper Brighton. He's tall, dark, handsome, and totally out of her league. Or so she thinks.
Cooper Brighton was thrust into the CEO seat after tragedy strikes. He's adjusting as fast as he can, but his new place of power leaves him lonely and haunted by his own demons. Allie and Cooper are both keeping secrets. As they continue to cross paths, will their secrets help them grow closer together, or ultimately become the thing that tears them apart?

Plush (A Billionaire Romance, Prequel)
AMAZON US I AMAZON UK

KB Winters is the author of the brand new Billionaire Romance Series, Plush. She has an addiction to caffeine and hard-bodied alpha males. The men in her books are very sexy, protective and sometimes bossy, her ladies are...well...bossier! Living in sunny Southern California, this hopeless romantic writes every chance she gets!