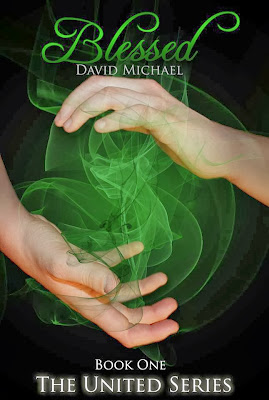 Her twenty-first birthday was supposed to be the beginning of a new chapter. She had been preparing herself for the moment she would be a real adult for months.
There was no way she could have prepared herself for what happened instead.
As her nightmares became more real with each night and her behavior became less like her own, Ardra fought to stay on the path she had so painstakingly planned for herself with very little success.
When she becomes the owner of a creepily-human dog named Kaiser, she finds herself oddly at peace with the unexpected addition to her household and clings tightly to him when tragedy strikes and shatters her world.
As she fights to put the pieces back together without losing herself in the Darkness that is building inside of her with each terrible step off of her path, a rag-tag band of supporters rally behind her. Each one of them prepared to go to the ends of the earth and back
She must find a way to defeat the Chaos that has consumed her life or risk losing everyone and everything that she has left. Including her soul.

Add the rest of the series to your  TBR List

David Michael currently lives in Salt Lake City, Utah with his three best friends, two of which are his cats. He has written several unpublished short stories, and over 200 poems, some of which have been published. He comes from a large family, with three siblings and three step-siblings. He's a firm believer that there is inspiration in everything, you just have to be willing to see it. He firmly believes that there is nobody more amazing than his mom, Traci. 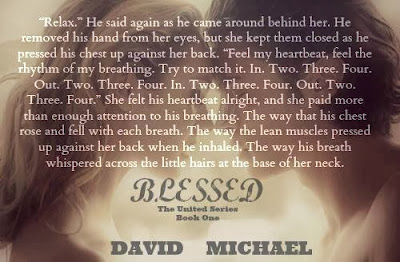 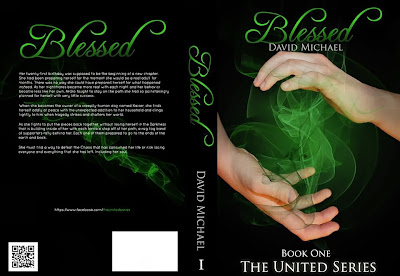 Hosted by
Hooked on books

Posted by Unknown at 6:26 PM No comments: 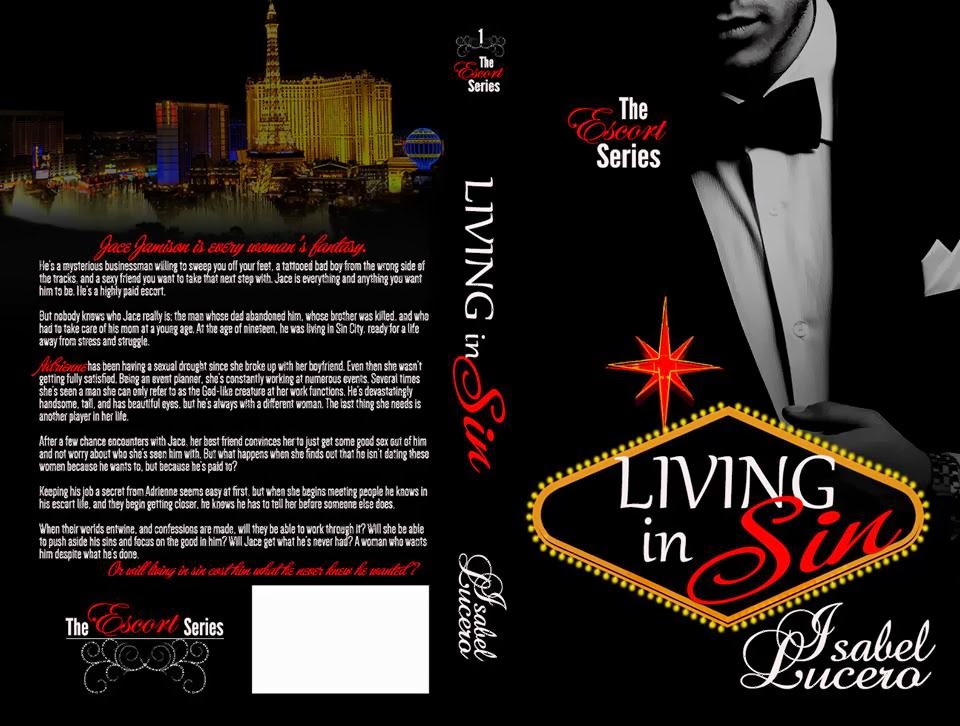 LIVING IN SIN BY ISABEL LUCERO REVIEW BY TONYA

Living in Sin
I was lucky enough to be chosen by Isabel Lucero to receive an ARC of “Living in Sin”. It was amazing, if you love steamy romances but want something with a different back story, this book is a must have! The first chapter of the book is probably one of the hottest, steamiest things I have read, and I think I fell in love! Jace Jamison is a man who gets what he wants, when he wants, how he wants and the women who want him… pay him, because he is a male escort in Sin City (Las Vegas).

Jace Jamison is every woman’s fantasy come true. He is gorgeous, sexy, wealthy and charming. While he is leaving one of his “jobs”, he spots beautiful woman who catches his eye. Adrienne is a beautiful event planner that has a semi-boring life. She tells her best friend Emilie about this beautiful man she has seen a couple of events but he is always with a different woman. She thinks he is a GLC (God-like creature) but has come to the conclusion that he is a player. As luck would have it, Em (who is hilarious and outgoing) run into Jace, Adrienne tries to steer clear, but Jace has other ideas.
As the story goes on, you also get to meet the “guys”, Jace’s four friends, who are also escorts that are fun, witty, and have steamy, sexy stories as well. This face paced, erotic romance will keep you on the edge of your seat. There are twist, turns, sex, sadness, anger, excitement, happiness, and humor… this book has it all! You need to add this to your TBR list.
***And bonus… this is the first of the series. I can’t wait to read more about my favorite group of guys!

**This story contains graphic sexual content and strong language. Intended for mature audiences only.** Jace Jamison is every woman’s fantasy. He’s a mysterious businessman willing to sweep you off your feet, a tattooed bad boy from the wrong side of the tracks, and a sexy friend you want to take that next step with. Jace is everything and anything you want him to be. He’s a highly paid escort. But nobody knows who Jace really is; the man whose dad abandoned him, whose brother was killed, and who had to take care of his mom at a young age. At the age of nineteen, he was living in Sin City, ready for a life away from stress and struggle. Adrienne has been having a sexual drought since she broke up with her boyfriend. Even then she wasn’t getting fully satisfied. Being an event planner, she’s constantly working at numerous events. Several times she’s seen a man she can only refer to as the God-like creature at her work functions. He’s devastatingly handsome, tall, and has beautiful eyes, but he’s always with a different woman. The last thing she needs is another player in her life.After a few chance encounters with Jace, her best friend convinces her to just get some good sex out of him and not worry about who she’s seen him with. But what happens when she finds out that he isn’t dating these women because he wants to, but because he’s paid to?Keeping his job a secret from Adrienne seems easy at first, but when she begins meeting people he knows in his escort life, and they begin getting closer, he knows he has to tell her before someone else does.When their worlds entwine, and confessions are made, will they be able to work through it? Will she be able to push aside his sins and focus on the good in him? Will Jace get what he’s never had? A woman who wants him despite what he’s done. Or will living in sin cost him what he never knew he wanted?*An erotic, contemporary romance* *Book one in a series, but can be read as a standalone.*
Posted by Unknown at 10:38 AM No comments: