Release Blitz - That Night With You by Alexandrea Weis

Madison Barnett spent one-night with a stranger that changed her life forever.
But when she takes a job at Parr and Associates as their newest architect, Madison has no idea that the stranger she has spent five years trying to forget is about to walk right back into her life. And what she hoped would be a fresh start turns into a perplexing dilemma.
Soon Madison’s life is sent into a tailspin as she tries to juggle the demands of her controlling boss, Hayden Parr, with her persistent desires for her long lost sexy stranger.
Then, just when she thinks all hope is lost, everything changes.
Madison embarks on an education in the art of pleasure that began five years ago in the bed of the man who captured her heart. But there is one little catch…
When fantasies become reality, passion can turn addictive in…That Night with You. 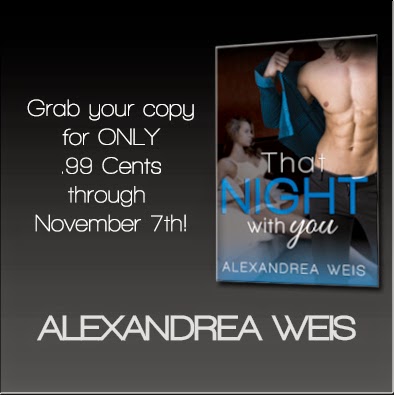 At the entrance to the patio, she savored the feel of the nippy fall breeze on her hot skin. Then, a familiar laugh made her breath catch in her throat.
Standing by an outdoor fireplace of orange stucco and dressed in a fitted black tuxedo was Hayden Parr. In the pale light of the dozens of cast iron lanterns that were strewn about, his gray eyes appeared magically aglow. His rugged features were accentuated by the dancing shadows of light, making his strongly carved chin and sharp cheekbones even more luscious. In his hand was an old-fashioned glass of dark yellow liquid that matched the dark yellow furniture spread about the patio. He was talking to a beautiful brunette with stunning cheekbones, catlike brown eyes, and a lean figure, not unlike his. Draped in a black and white satin gown that gathered at the waist and collected on her right shoulder, she looked every inch the woman Madison knew she could never be: sophisticated, stunning, and irresistible to men. As she chatted with Hayden, she affectionately placed her smooth white hand on the sleeve of his black tuxedo jacket.
The well of jealousy that overtook Madison was unexpected; she wanted to scratch the woman’s eyes out. Feeling the desire drain from her body, Madison was about to turn away when Hayden’s eyes found her. Suddenly, she felt naked beneath his gaze. He seemed to drink in every inch of her, and without hesitation she knew what he was thinking. Any woman worth her weight knew that look when she saw it in a man. It was primal; it was instinctual, and utterly carnal.
Putting his drink down on a nearby table, Hayden abandoned the woman at his side and came up to Madison. “You look absolutely wonderful,” he purred in a voice akin to black velvet.
The rush of heat to her cheeks only compounded the tingling in her belly. “Thank you, Mr. Parr.”
He grinned, looking sexy as hell. “None of that Mr. Parr stuff tonight. We’re out of the office and this is a party. Call me Hayden.” 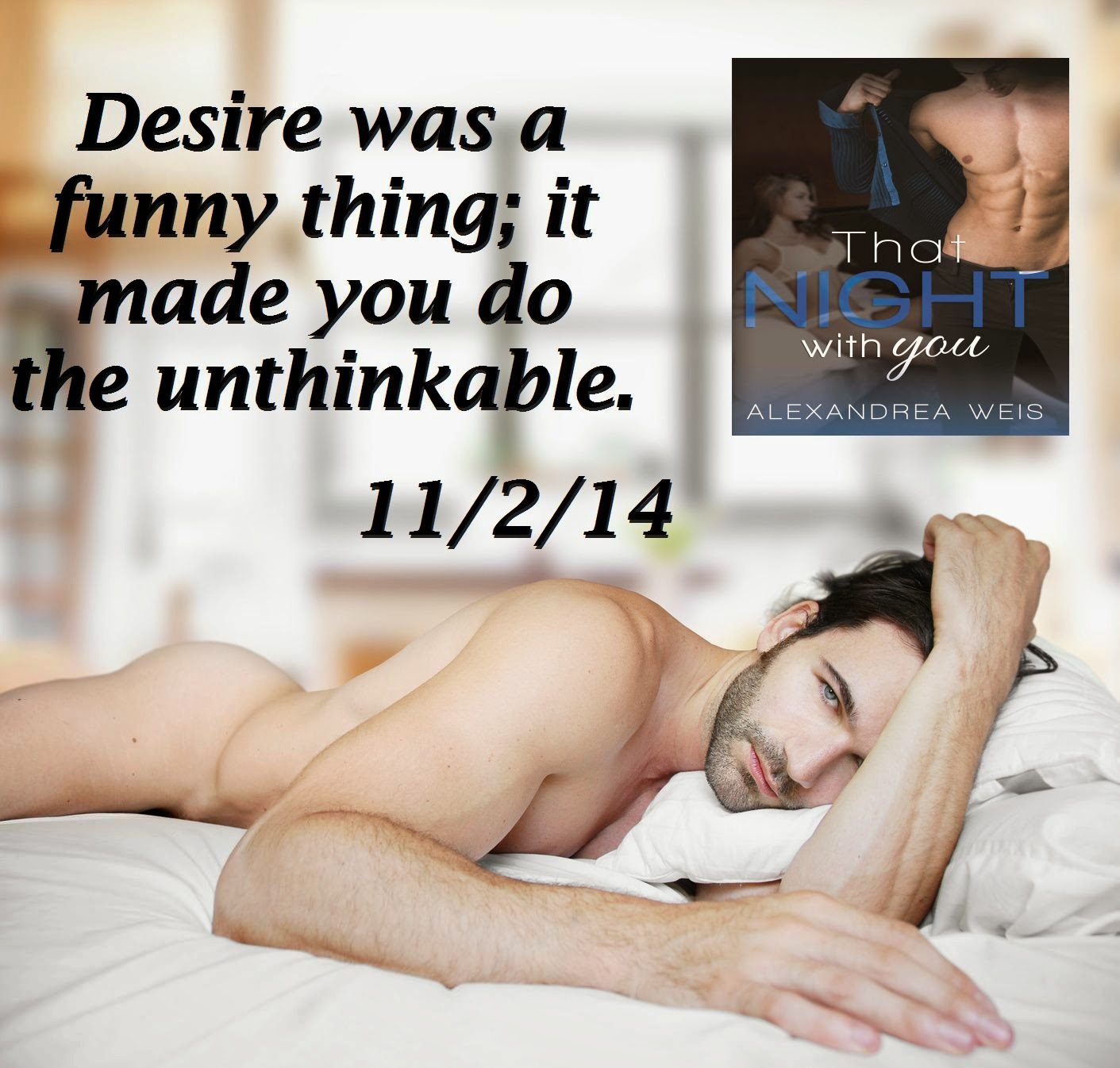 Alexandrea Weis is an advanced practice registered nurse who was born and raised in New Orleans. Having been brought up in the motion picture industry, she learned to tell stories from a different perspective and began writing at the age of eight. Infusing the rich tapestry of her hometown into her award-winning novels, she believes that creating vivid characters makes a story memorable. A permitted/certified wildlife rehabber with the Louisiana Wildlife and Fisheries, Weis rescues orphaned and injured wildlife. She lives with her husband and pets in New Orleans. 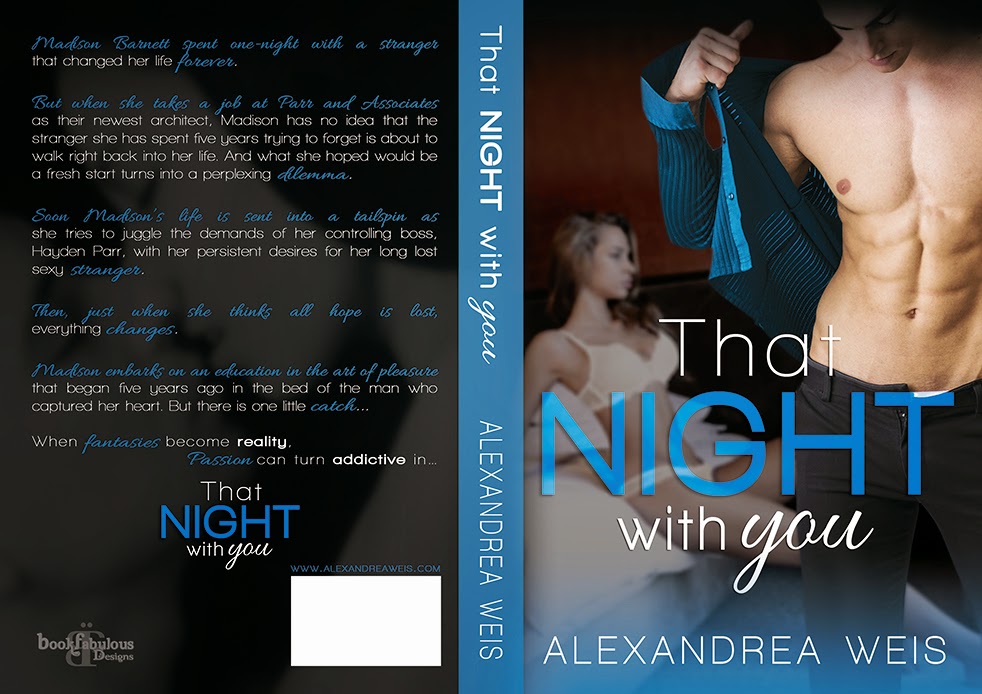