Review of Belong to You & Made for You by Vi Keeland 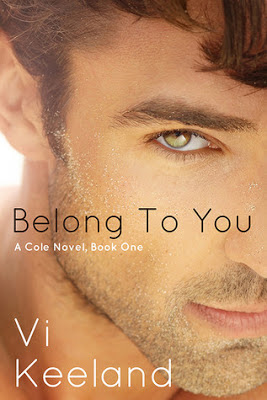 Belong to You
by Vi Keeland

First of all, Vi sent me this book months ago and with all of the craziness of blog tours, starting new projects and helping to BETA read, I did not get to read this until yesterday and am kicking myself now for missing out on one of the best books I have ever read, and a great book boyfriend in Jack Cole.

I loved this book from the very start. Sienna and Sydney's friendship is insanely hilarious and Sienna is probably THE funniest female character I have ever read in a book- I loved her enormously. The fact that she will say and do ANYTHING and not care what anyone thinks was great entertainment in this book.

I also loved Sydney and the fact that she was not a weak female character but she let her man be the man and at the same time established herself in her own right. Jack could be overprotective and controlling at times but she always looked at the benefit to her for his behavior and never came off as a victim when she acquiesced to any of his demands.

Jack was definitely smoking hot- green eyed, muscular, tanned, coy grin with perfect teeth and lips that you want to run your tongue over. Loved him and his ability to know what Sydney thought, felt and needed without her speaking a word, because, as he said, it was important to him so he paid attention. LOVED him!

This was a great read- took less than four hours from start to finish to complete and I highly recommend it to everyone that likes a great story- five stars for sure. <3 Kellie 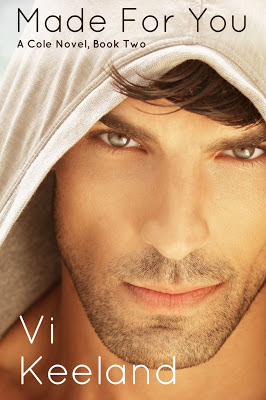 Made for You
by Vi Keeland

Conclusion to the Cole Series by Vi Keeland and an excellent tie up for this fabulous story. It flowed straight from book one without missing a beat and continued the great romance between Jack and Syd and Sydney and Sienna's friendship was just as strong and crazy as book one. This book gave you more intro into other people in their lives- parents, friends from the past, and allowed some insight into who they are as people outside the little bubble of the two of them.

This book was also a quick read- less than four hours, and I was happy with the way that it ended but at the same time sad to say goodbye to Jack and Sydney.

I really enjoyed both of these books and felt Vi's ability to convey a passionate story but at the same time give us laughs and tears for the happy and the sad and not just the hot sex that this story contains was tremendous. I look forward to much more from Vi in the future. I also gave this book five stars. <3 Kellie

About the Author: Vi Keeland is a native New Yorker with six uniquely insane siblings. She has three children of her own that occupy most of her free time, which she complains about often, but wouldn't change for the world. She is a bookworm and has been known to read her kindle at stop lights, while styling her hair, cleaning, walking, during sporting events, and frequently while pretending to work.
She is a boring attorney by day, and an exciting smut author by night! After years of thinking about writing her own book, she finally took the leap in 2012. Her most recent book, Belong to You, was published in April 2013 and hit number 8 in the Amazon Erotica Best Seller's list in its first five days!

Made for You is 99 cents to celebrate the release of Belong to You! Here are the links to buy right now! 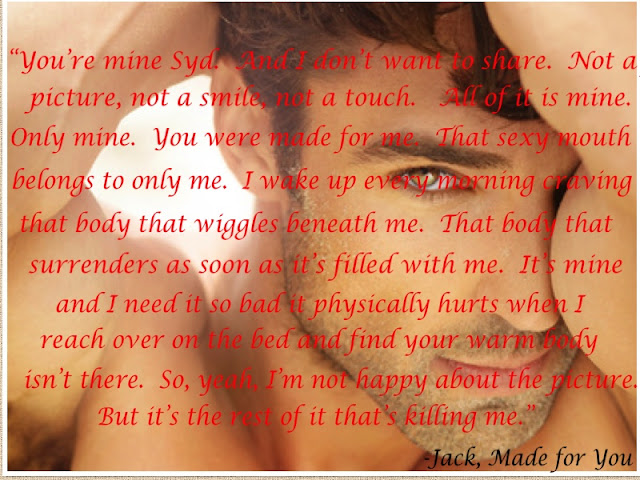