Promo Blitz: The Conklin Trilogy Books 1 and 2 (May 9TH) 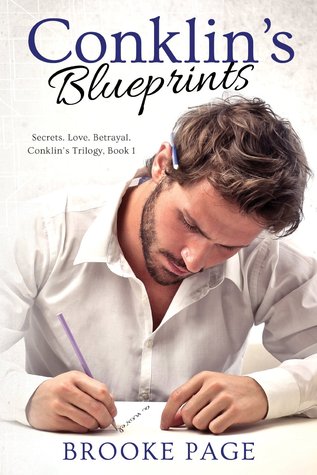 Recent graduate Becca Stine’s all too perfect and predictable life went spiraling out of control when her supposed childhood friend committed the ultimate betrayal. Following college, Becca attempts to bury the pain by retreating into a dangerous lifestyle with her best friend, Jamie Rae. She decides it’s time to grow up after being irresponsible, broken, and out of control. To Becca’s horror, her only option is to return to her hometown of Grand Rapids. Worried she will forever live in the shadow of her prominent family’s notability, Becca decides moving is her only opportunity to get her feet back on the ground. With her best friend in tow, Becca reluctantly heads home to attempt to live her ideal life.

Little does Becca know the owner of the architecture firm she lands a job with has an intriguingly mysterious son. Tyler Conklin is infatuated with Becca, yet is apprehensive about a public relationship because of his hidden baggage. Not wanting anyone to know about his slight obsession with her, their potential relationship must be kept a secret. Will Becca put up with Tyler’s untold story for long? Will she tolerate being his secret? 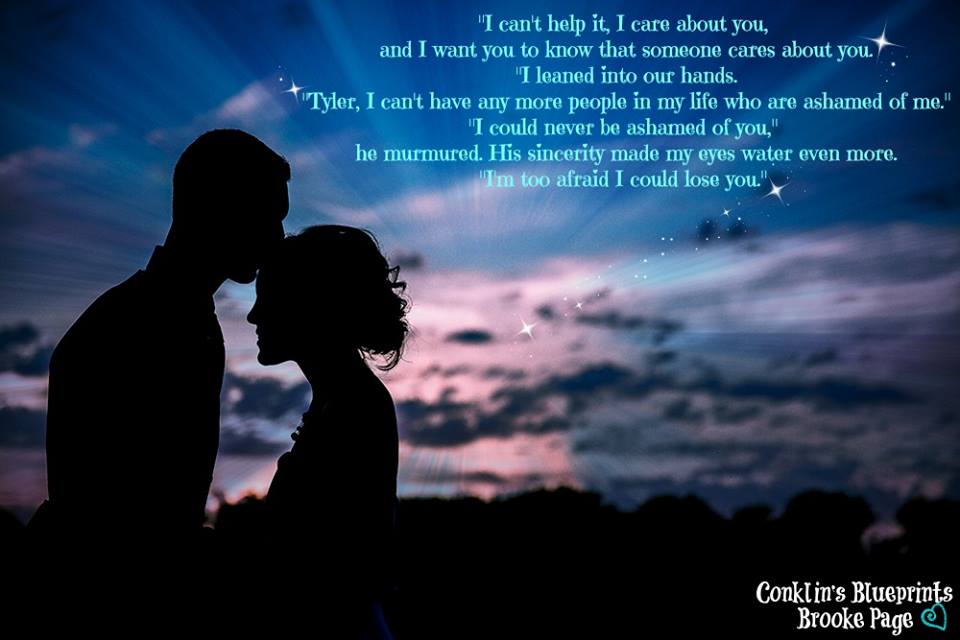 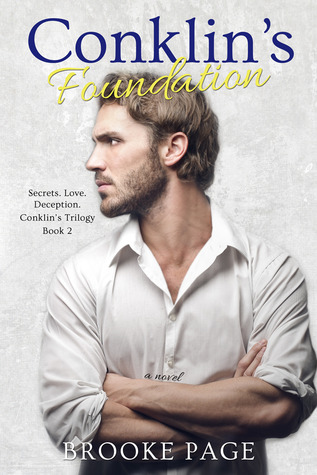 Becca finally found her courage and faced her tormentors head on to get what she deserved: respect and Tyler Conklin. Becca’s faith in Tyler is solid, but is he willing to completely open up to her? They both have past baggage, and as Becca says, Tyler’s is particularly old.

With everything they have been through, Becca and Tyler know that secrets get them nowhere. They have made great leaps and bounds in their relationship, but Becca can’t help but feel he is still keeping something from her. Between the local detective snooping around and asking questions at the Conklin building and Tyler’s evasive answers, Becca remains skeptical about his excuses. The detective seems more interested in Tyler’s father’s “projects”, but Tyler’s hands seem to be in the pot as well.
Unfortunately, Tyler’s past comes back in his face along with his shady business. Will Becca hold true to her new found confidence and claim what’s hers… including Tyler?

Brooke Page is the independent author of Conklin’s Trilogy.  She and her husband live with their two children in the suburbs of Grand Rapids, Michigan.  When she is not writing, she enjoys using the pottery wheel and reading. 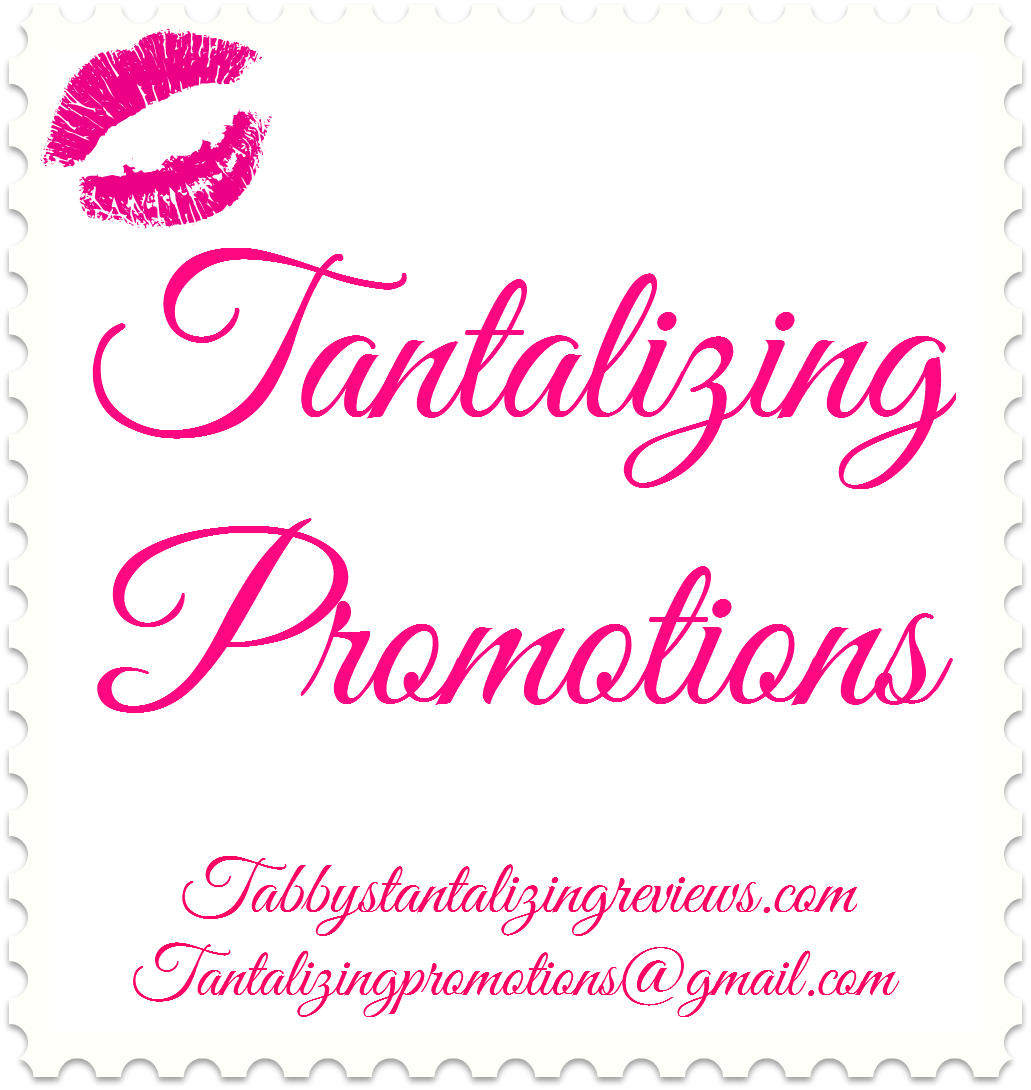 I’m a firm believer that everything happens for a reason, that there was a path we were all supposed to be on and the choices we made led us to those paths. My path led me to work on the Johnson farm in Texas, where I met Landon, the owner’s son. He worked there during the day and raced cars for fun at night. He was a bad boy with a reputation that exceeded my own. The guy all the girls wanted to change, the one that hooked up with random girls because he didn’t do relationships. He was exactly the kind of guy I wanted to stay away from, but there was something about him. It wasn’t just his looks, although they didn’t go unnoticed. There were layers I wanted to peel back and reveal. I wanted to know the real Landon Johnson. All the choices I made led me to him and he would change my life forever.

Heart wrenching, life changing, awesomeness to not be missed. I loved it, I hated it, it made me cry, it made me laugh. Definitely one to read, remember and love forever. Sadie never expected her life to change so much when her father's indiscretions caused her family to up and move to a small town in the middle of nowhere. Meeting a feisty and quite nosy girl on the first day of college registration, Sadie gets thrown into a farm girl life she would have never chosen for herself- scooping poop and sorting beans. And meeting Landon......the man who will change her life forever......

Yep, that's all you get! Read it- five stars. It is not anything like you will be expecting. <3 Kellie

FACEBOOK * GOODREADS * TWITTER * AMAZON
J.M. La Rocca was born in Chicago, IL. At an early age, her family relocated to lower Alabama where she began her love for writing. She currently resides in Pensacola, FL with her husband and twin sons. As a stay at home mom, La Rocca was able to pursue her love for writing. It was always an unrealized dream to write her own book. With the encouragement of her mother, La Rocca began to set to paper her ideas for her first book.

Landon arrived at the house ten minutes late. I heard him pull up and was about to hop off the couch and run out to meet him, but I held myself back. He could come to the door and get me. That’s what gentlemen were supposed to do, right?
I was anxious as I waited, but thankfully I didn’t have to wait long. A few moments later, I heard a knock on the door. Quickly getting up from the couch, I made my way to the door and opened it up. Landon smiled at me as soon as he saw me, but I gave him no time to speak. I knew we were running late, but I pulled him inside. He had a stunned look on his face, but laughed as I shut the door, until I reached up and captured his lips.
I had seen him the day before, but it had felt like forever since I’d kissed his lips. Something changed between us after our conversation and it only fueled my desire for him more. The intensity of the kiss was unlike anything I’d felt before. I knew he felt the need to be closer just like I did. Pulling away from me, he turned me and pushed me up against the door, firmly pressing his lips against mine. I opened up to him again and explored his mouth. But this wasn’t some soft kiss. This was a bruising kiss with sucking and biting. His hands roamed all over my body and ended up pulling at my nipples over my shirt. The heat level skyrocketed out of control.
Grabbing my butt, he lifted me up and I wrapped my legs around his waist. Then he pushed me back up against the door. He trailed kisses down my neck and I moaned in approval as I ran my hands through his hair. I had my head tilted back with my eyes closed, as his kisses got lower.
I felt like I was going to combust.
He kissed the curve of my breast and I squeezed my legs around his waist causing him to groan. Looking down at him, I could see the primal lust in his eyes as his lips captured mine once again. His hand trailed up my waist, over my breast to the top of my sparkly tank top. Then without warning, he hooked his first two fingers into my top and pulled it down along with my bra, revealing my breast and my hardened nipple. He pulled back from the kiss and immediately went for it, causing me to buck and grind myself on him. He sucked and nibbled, before pulling down the other side to give the other one the same attention. He could have ripped the thing off and I wouldn’t have cared at that moment; I was so wound up.
Grabbing his head, I pulled him back and captured his lips again. Cursing the jeans shorts I chose over the skirt I was going to wear. Then a phone started ringing. We ignored it and continued with our need to touch. His hand had just gripped the hem of my shirt, when a phone started ringing again, bringing me out of my lustful haze.
We looked at each other, breathing heavily, as it continued to ring. “Holy shit,” I mumbled through my ragged breath.
He leaned his forehead against mine as he fixed my bra and shirt, and then he gently set me down. “You can say that again,” he breathed heavily, giving a short laugh. “I definitely wasn’t expecting that.”
I laughed shaking my head. “I bet that’s someone trying to figure out where we are.” I looked over at the clock and sure enough, ten minutes had past. “We are definitely running late now.”
Tilting my chin up with a finger, he smirked down at me. “You can make me late anytime. Especially if you answer the door like that.” He leaned down and gave me a soft kiss on the lips before he pulled back and dug his phone out of his pocket.