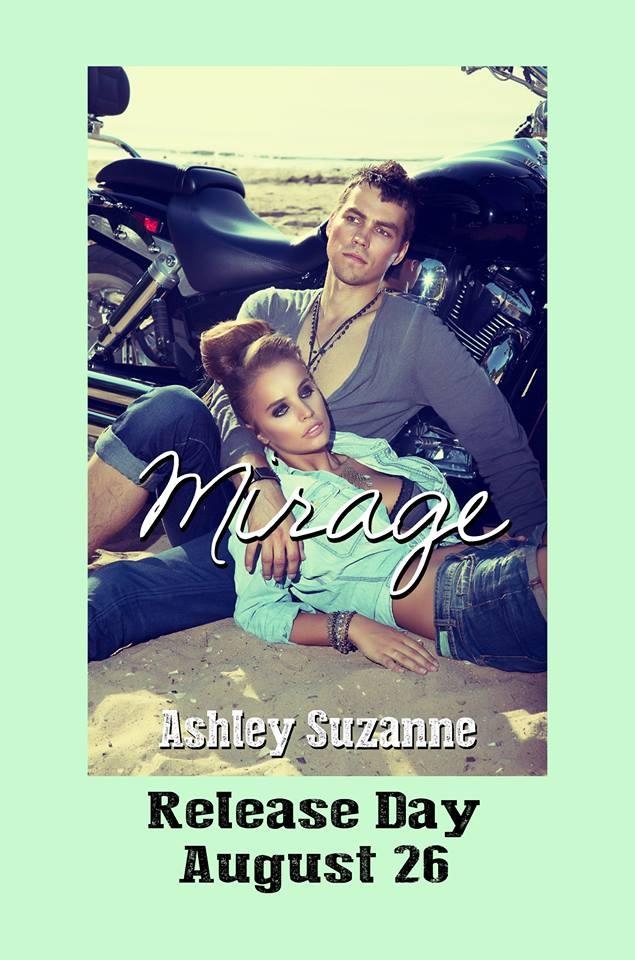 HOLY MOTHER OF ALL CLIFFHANGERS!!! I am speechless! Just..I'm..I don't even know right now! Somebody come pick me up off the floor! Ok--Ok-- I'm ready to do my review! We meet Mira and Danny along with Skylar who are in a love triangle so to speak. I loved all of them so much! You will be taken on the ride of your life! I can't go into details because you need to feel the emotions as you read along! The HOTNESS factor in this book is AMAZING! I seriously had my air up to turbo, and was still sweating! Danny and Skylar both ride motorcycles and are HOT! <<<<<< you had me at hot men on motorcycles! You will love Mira as well. She will win you over right away and touch your heart. My heart is so full of love for this book! You will be on the edge of your seat! When my friend Toski told me to read this book NOW!!!! I took that as I better get on it! I did and loved every minute of this wild ride. I give Mirage 5 HUGE stars but it deserves more!! I can't wait to get more of this story!! I'm obsessed and won't sleep until I know what will happen next! I am still scratching my head, and wondering did that just happen? Did I read it right? I even yelled at my kindle thinking the damn thing was broke and didn't download it all! Omg! Love, Love, Love!!! Read Mirage and go on this roller coaster with us please!! Thank you Ashley for this awesome story! <3 Carrie

Synopsis: Mira and Kylee meet Danny and Skylar during freshman orientation, their first week of college. Two sets of best friends embark on a new adventure together, forming life long bonds.
Mira and Danny are looking forward to their future as husband and wife. Everything was going according to plan. That was until tragedy struck them on graduation night leaving three broken people to pick up the pieces.Skylar has always stood in the background, watching his best friend begin a life with the woman he fell in love with until he can no longer keep a distance.Right when Mira thinks her life is back on track it spirals out of control. What if everything you thought you knew was nothing more than a mirage.

Beyond Control by Karice Bolton 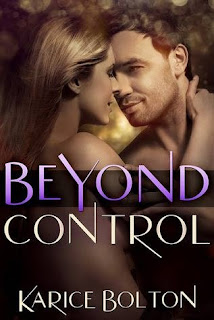 Beyond Control by
Karice Bolton

I received and ARC copy of this book from Karice to review. Firstly, I feel honored for doing it because I love this girl hard, and have been a huge fan since I first read her book Awakening in April 2012! I have read all of her other books too and loved every one of them, so I couldn't wait to get into this one as I know it is different to what she is used to writing.

I instantly sympathized with Gabby. I wasn't sure where the story would go from how the book started but it drew me in and I needed to know more. I was intrigued about her past and curious about her relationship with her brother and father.

I got so excited when I figured there was a hot guy plus a motorcycle, that equals me swooning hard! He is wow, just wow. Jason is hot! I liked him at the start and the further I got into it I loved him more. He was mysterious and I needed to know more about him.

I love the connection between them both. I love love love the way were together. I really enjoyed the story and the twists and revelations made the it true to life events.
The ending had my stomach in knots! I can't wait for Beyond Doubt!! <3 Sarah

Synopsis: Gabby Sullivan learns in college that some things are impossible to control, and whenever life has spun out of control bad things seem to happen. She promises herself that she’ll stay a safe distance from the top three culprits:
SexLoveRelationshipsBut some things are beyond control…Gabby handles her mom’s death and brother’s sudden abandonment just about as well as anyone could at the age of twelve. Left feeling alone, she finishes high school, developing a bit of a wild streak, and lives like there’s no tomorrow. That is until an illness stops her in her tracks. Learning to control life around her becomes her comfort. With a visible scar that reminds her and the world that she beat the odds, it’s impossible for her to put everything behind her, no matter how hard she tries. Right out of college she begins working at her family’s company and buries herself in the safety of the corporate world. No extra time, no life, no relationships. It’s safe to say she might be a little demanding and overly ambitious, but she’s got everything under control, just how she likes it. Jason’s been trying to piece his life together after a personal tragedy, only it’s not working. He’s thrown himself into his work, but he’s only becoming angrier. He’ll never forgive himself and doesn’t expect anyone else to either.When the back of his vehicle is clipped by an obnoxious limo driver he can’t wait to let the driver have it until he hears Gabby’s voice coming from inside the sedan. There’s something soothing about it, something familiar. The moment she sees him, she knows her life will never be the same. But she doesn’t know why. He’s everything she said she never wanted. He’s cocky, arrogant, and infuriating. With his dazzling amber eyes, dark hair and chiseled features she can hardly remember where she’s going, let alone where she’s been and maybe that’s a good thing. She begins to let him show her what life could be, if she really lived it.Neither wants their past to define their future, but sometimes destiny has something else in store. It’s only as their love grows and secrets are revealed that they realize a devastating connection from their past might actually tear them apart.
Posted by Unknown at 7:50 AM 1 comment: