A family of heroes, all in dangerous jobs, all irrevocably tied to those they love. Read about the Marino clan in this fast-paced, emotional new series, To Serve and Protect, by NYT bestselling author Kathryn Shay.
Nick Marino is the top guy on POTUS’s Secret Service detail. But he’s temporarily sent to upstate New York to guard the president’s sister, Isabelle Barton, who is being threatened in anonymous notes. There, Nick becomes involved with the widowed mom and twin boys, who quickly win over what he thought was his hardened heart. Amidst the heightened anxiety of tracking down the threats, the constant vigilance and an ever-growing sexual attraction between Isabelle and Nick, these two people must uncover not only the plot against her, but determine what to do about their impossible romance.
ABOVE AND BEYOND provides a deep dive into the life of a Secret Service agent and a close look at being related to the most powerful man in the world, along with the glamor of Washington, D.C. politics. The story will keep you interested and capture your heart. 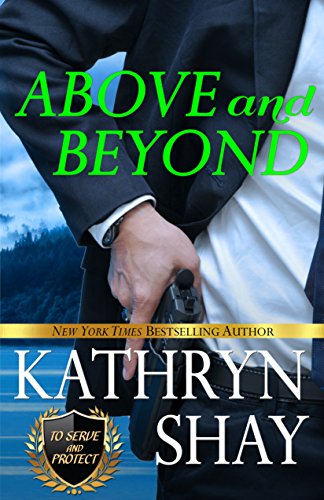 Prologue
“I need you to go to Catasaga, Nick. Indefinitely. Isabelle is getting threatening notes. She could be in grave danger.”Special Agent in Charge Nick Marino stared over at the President of the United States, trying to hide his shock. The Oval Office felt hot all of a sudden, though the cool rain dribbled down outside the open window facing the Rose Garden. “Seriously?”From behind the big oak desk, the President gave a small smile.Nick’s reaction was inappropriate. He shook off the emotion. “Excuse me, sir, but I’m surprised. Of course, I’ll do this willingly.” Tall and built like a football player, James Monroe Manwaring snickered. “You’re probably furious as hell with me. But there are a couple of perks to the assignment. I’m sending Agent Dwyer in with you.”“Ah.” He’d never worked with his cousin Whitney, who’d become a legend of her own in the service. Manwaring would know her presence in upstate New York sweetened the pot.“And in a year, when your time on the presidential detail is up, I’ll see what I can do for you. I hear one of the deputies to the director might be leaving then.” Nick would move heaven and earth to get in line for the agency’s head job, and the President knew it. Since Nick had joined the Secret Service eighteen years ago, his sole aspiration was to fill the position. Every single career move he’d made had been calculated with that in mind.“But there’s more to why I chose you.” The President frowned. “The agency has had too many screwups lately. I need someone I can trust up there.”In recent years, several incidents had blighted the reputation of the service big-time. Agents had allowed the White House to be breached. They’d been drunk and disorderly on the grounds. And most reprehensible, they’d behaved abominably on advance travel visits. His own brother had been a victim of one of these events, though there were extenuating circumstances.“I understand, Mr. President. And I apologize for my initial reaction.”“I appreciate your cooperation, Nick.”“Do we have any leads on who’s threatening her?”“No, we don’t. My gut says that it’s me they’re after, through Isabelle. I’ve alienated people, even before I became President.”He had. As attorney general, he’d busted up a ring of dirty cops, been responsible for a myriad of drug arrests and even taken on two corrupt senators and one judge. Because of all that, when he was elected POTUS, he’d been given the code name Pit Bull.  Sighing, Nick tried to accept that he was going to be a babysitter for several weeks. The very thought of it frustrated him. Because there was nothing more that Nick Marino wanted than to be in the kill zone.

A New York Times and USA Today bestselling author, Kathryn Shay has been a lifelong writer and teacher.

She has written dozens of self-published original romance titles, including print books with the Berkley Publishing

Group and Harlequin Enterprises, and mainstream women’s fiction with Bold Strokes Books. She has won five

Magazine’s Book of the Year, and several “Starred Reviews.” Her novels have been serialized in Cosmopolitan

Magazine and featured in USA Today, The Wall Street Journal, and People magazine.

There are over five million copies of her books in print, along with hundreds of thousands

downloaded online. Reviewers have called her work “emotional and heart-wrenching.” 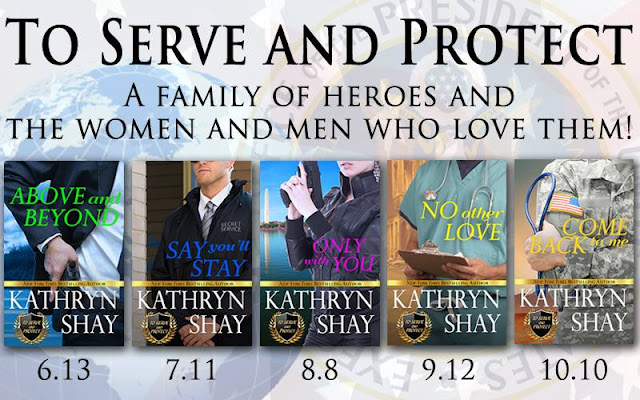 He’s my art professor.I’m his student.With an electric connection and undeniable chemistry, I know it won’t be long until one of us cracks.When the opportunity arises to pose naked for the entire art class, I can’t help the thrill of knowing he’ll be watching me.While they all look past me with their eyes narrowed and concentrated, drawing only the lines and angles of my body, he sees right through me down to my vulnerability.He sees more than just the physical aspects—he sees me.That’s when I see the struggle in his features as he tries to stay in control. How do we keep our distance when everything seems to be pulling us together? What feels so right can only go wrong if we keep pushing the limits.Recommended for 18 & above due to explicit sexual content, language, and adult content.*Pushing the Limits is a 101,000 words standalone.* 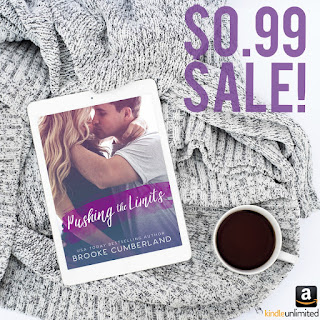 Posted by Unknown at 1:45 PM No comments:

Kate Stewart lives in Charleston, S.C. with her husband, Nick, and her naughty beagle, Sadie. A native of Dallas, Kate moved to Charleston three weeks after her first visit, dropping her career of 8 years, and declaring it her creative muse. Kate pens messy, sexy, angst-filled contemporary romance as well as romantic comedy and erotic suspense because it's what she loves as a reader. A lover of all things '80s and '90s, especially John Hughes films and rap, she dabbles a little in photography, can knit a simple stitch scarf for necessity only and does a horrible job of playing the ukulele. Aside from running a mile without collapsing, traveling is the only other must on her bucket list. On occasion, she does very well at vodka.
Website * Facebook * Twitter

Posted by Unknown at 1:30 PM No comments: 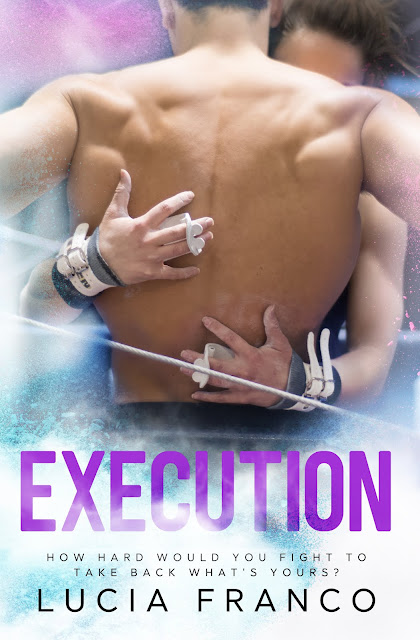 The move to World Cup Academy of Gymnastics is the greatest challenge Adrianna has encountered. Punished for Coach Kova's overwhelming desires, she's reeling with resentment while she sits out the first meet of the season. As Adrianna fights to regain her focus, he pushes her body to the extreme, leaving her mentally and physically exhausted.
Kova underestimates Adrianna's endurance, and gravitates more toward her, despite his internal battle raging within to stay away. They try to disentangle themselves, but the tension between coach and gymnast mounts, engulfing them both in a forbidden world of deception and passion.
The one place where they should never feel alive, is where they find complete absolution. But one slip, one wrong landing, a missed grip, and everything they built can come tumbling down, damaging both their professional and personal lives. 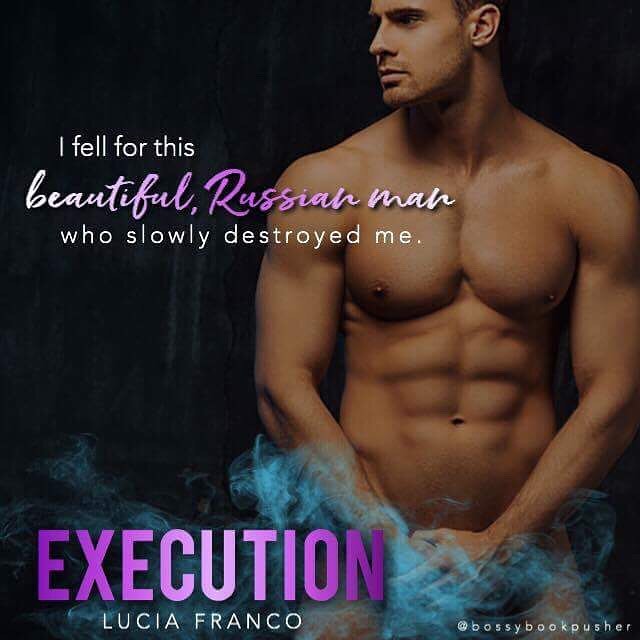 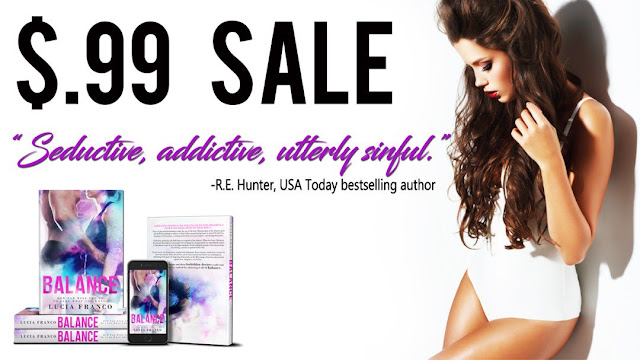 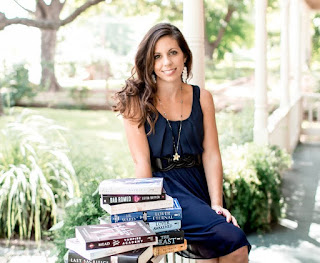 A competitive athlete for over ten years, Lucia Franco currently resides in sunny South Florida with her husband and two boys. Paranormal romance was her first love, but she has a soft spot in her heart for small-town and reunion romance stories.
When Lucia is not hard at work on her next novel, you can find her relaxing with her toes in the sand at a nearby beach.

Find out more about Lucia at authorluciafranco.com. Make sure to join her newsletter to receive exclusive updates and more! 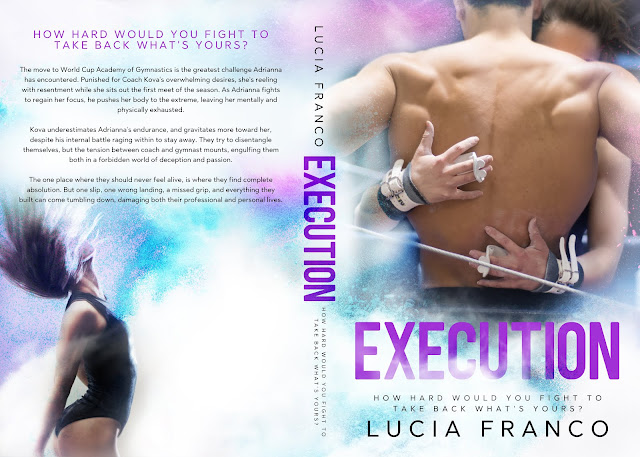