Titles include: Crashing Back Down, Falling Back Together, Crashing: The Wedding,

Crashing Back Down (Crashing #1)

Mags McManus has just become a war widow in her mid-twenties. Her late husband, Randy, left for the Army right after their wedding. Instead of celebrating his homecoming and living in marital bliss with her soulmate, Mags finds herself living in constant agony. Dealing with the guilt of still living without Randy, are Randy's best friends and parents.

Rising from the ashes of this tragedy, Mags starts to learn how to love and trust again, finally being able to find happiness. But sometimes things really are too good to be true and again Mags learns how cruel the world can be as she crashes back down.

Falling Back Together (Crashing #2)

“I don't know if it’s fate, coincidence, or my curse, but I'm still breathing, and my breaths are for you.”

Mags McManus is far from a normal woman in her mid twenties. Being a war widow, a business professional, and a brokenhearted train wreck only skims the surface of the layers of who Margret McManus truly is. Waking up in a hospital bed, alone and confused, Mags once again has to pick up the pieces of her shattered heart. With her best friends by her side, Mags slowly starts to learn the answers she so desperately longs for. But is everything going to continue to spiral out of control? Or is there a light at the end of this dark, twisting tunnel where all the broken pieces can finally fall back together?

Well this is freaking great…


Right when my best friend’s wedding was in full swing, the flowers were paid for, the dresses were being tailored and the bachelorette party was planned and nonrefundable, the bomb gets dropped right on my doorstep at four in the morning.


“The Wedding is OFF!” Mags yelled right as I opened the door to my apartment.


Oh hell no! We’re not canceling these plans. I will make this work. I will get her and Randy on track to walking down that freaking isle. I am getting to go on a bachelorette weekend vacation to party with my best friend! This is happening whether Mags and Randy like it or not.


That’s what a best friend is for, right?!

Once upon a time, I was Fallon Dunbar. Rock and roll, drugs, and bad decisions were the life I lived. I'd fallen so deep into the dark rabbit hole that I was certain I would never make it out alive. People like me didn't get second chance. People like me didn't get lifted from the darkness. So when the opportunity showed up, I had to take it. I walked away from everything I loved, everything that was killing me, and I became Fae Dunham. After that, I hid behind makeup, long sleeves, and a closed-off heart. All was well until I met Dane Pearson. He wasn't convinced of the new me, and whenever he was near, I felt like the old me, the real me, filled with passion and a love for music. Every day was a fight to not fall back down the rabbit hole. And every day, somehow, I slowly began to discover what it meant to fin myself. It was a hysteric rise, but it was ours. And I wouldn't change a thing.

**This Book is a Standalone** It is a companion novella to The Hysterics, a rock star romance.

Gay-for-pay, it's not just a guy thing. I was knee deep in that seedy world for far too long. It was time, time to break away from that lifestyle and make something of myself that I could be proud of. Nothing else mattered once that tattoo gun was buzzing in my hand, that is until Colt - the guitar player from The Hysterics - waltz into the shop I was apprenticing for. He turned my world upside down and I wouldn't change a damn thing.

That’s all I saw all over social media a few years after he dumped me for a super model and was the first round draft pick for the North Carolina Hogs.

I thought I loved Bo, way back when, but it was all too cliché. He was the star quarterback and I was the head cheerleader. High school sweethearts turned college romance that crumbled when our careers twisted into different paths, or so we thought.

Oh and did I mention, I am about to start photographing his team?!

FML…This is going to be interesting to say the least.

I should have freaking known.

How dense can one girl be?

If it’s too good to be true, then it is.

If he’s too nice, smiles too perfectly, says all the right things, then he probably isn’t prince charming. Nope. Of course he’d be freaking married. And I didn’t see it.

So here I am, in a city that I hate doing a shoot I don’t want to do.

Suck it up, Jolene.

That’s what I have to keep telling myself.

It’s time to swear of smooth talking men and just focus on the only true loves in my life: photography and Dozer, my dog.

Time to escape from my mother, her crazy antics and questionable morals. I'm getting the heck out of Dodge, leaving the trailer park, to make something of myself. Everything was fine until I walked into The Unacceptables' bar and met Abel Hellock. With his gorgeous muscles, tattoos, motorcycle and perfect smile, my knees quaked. My life was about to be sucked back into the seedy underbelly I fought so desperately to climb out of.

Everything was fine until I met my step-brother for the first time.


Everyone has their damn breaking point, why did the president of my MC’s daughter have to be mine? She was everything I wanted, and nothing I could have. Being a prospect was hard enough. Living with my father that I had only known for a few years wasn’t making life any easier. And there I was, ready to jeopardize it all for love. I went to Vilas to figure out where I came from, little did I know that I wasn’t just going to be passing through. This life was pumping through my veins my whole life, I just didn’t know it until I walked into the Unacceptable’s bar for the first time.


Raine Hellock was my kryptonite and come hell or high water, I was going to figure out how to make her mine.

You want to know more about me? Well, let’s see…

I am just an average twenty-something following my dreams. I have a full time “day job” and by night I am an author. I guess you could say that writing is like my super power (I always wanted one of those). I am the lover of wine, sushi, football and the ocean; that is when I am not wrapped up in the literary world.

Please feel free to contact me to chat about my writing, books you think I’d like or just to shoot the, well you know.

A portion of all my profits are donated to The Marcie Mazzola Foundation.

Posted by Unknown at 9:31 PM No comments:

Where there's smoke, there's fire . . . and nothing but destruction comes in it’s wake.

Addilynn St. James has learned that loyalty is just another pretty word to cover the dirty things people do in the name of family.

And now he is too.

They still want to control her.

While he wants to know everything about her.

They want to crumble her world.

He would never let them.

She couldn’t be more wrong.

He would burn down their whole fucking world for her.

Jacqueline Noir lives in Phoenix, AZ with her loving husband, three pups, and her 'small and tiny humans'.
She loves everything paranormal from the movies, television, books, and adventures to haunted places. When she isn't dreaming of werewolves, witches, and all things that go bump in the night, she is busy creating hot and romantic stories that bring to life all these creatures in their most alpha form.
Her stories feature kick-butt female leads, hot dominate alphas and a whole lot of wicked trouble. Her love for books has taken from being an avid reader, to a book blogger and now an author. 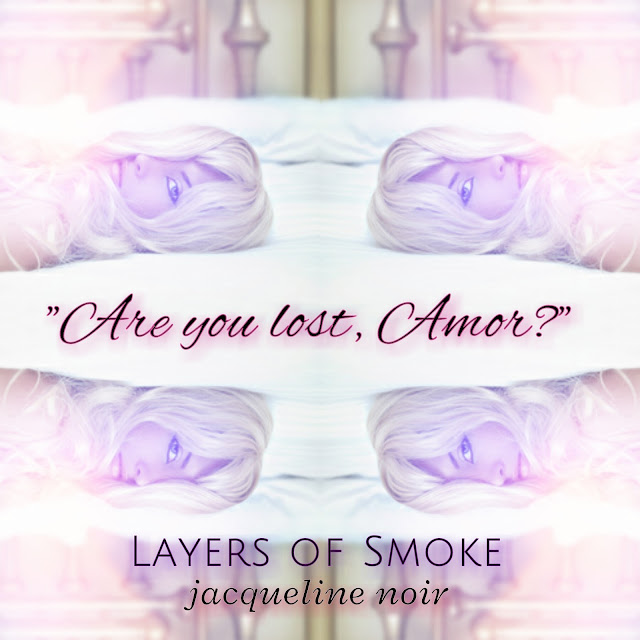