Along with Trudy Stiles, we are very excited to share with you the Release of Dear Tabitha, the 2nd book in The Forever Family Series. If you have not read Dear Emily (Book #1) yet, now is the time to grab it while it is on sale for ONLY $.99 in celebration of the New Release.

Make sure to check out the Book Trailer, add this series to your Goodreads, enter the Giveaway below for a Kindle Paperwhite and Amazon Gift Cards and join the Facebook Release Party Event for more fun and giveaways!

You know me. You know who I am. What I am.
Damaged. Confused. Alone.
You feel sorry for me. You pity me.
You know what I’ve done. What I’ve given up. Who I’ve given up.
You try to understand what I’ve been through and how I can possibly go on with my life.
But you can’t possibly understand.
I’ve lost too much. Sacrificed too much. Given up everything so that I can find myself.
Well I’m done.
I’m done walking away from everything that matters.
It’s time for me to heal.
It’s MY TURN to earn…
Redemption.
Love.
Family.


This was a highly anticipated read for me. I was so blown away by Dear Emily, with my snotty ugly crying that I wanted to read this one so bad but at the same time was not sure I was mentally prepared for it. Dear Tabitha did not disappoint. Trudy Stiles is a master story teller, giving us flashbacks into each character's past and what has shaped their futures, as well as the dual point of view storylines that allow us into the heads of Tabby and Alex, our two main characters whose past they had both hoped to overcome but keep coming back to creep in on the present. I absolutely loved this book and the emotional roller coaster ride I took while reading it. There is no way to read this book and not feel the pain, anguish, love, surprise, happiness, fear and everything else delivered between these pages. I wish this was a many book series that went on for years as I am not even close to ready to separate myself from these characters. Five stars most definitely. <3 Kellie

Trudy Stiles is a New Adult author, mom to two beautiful children, and married to the love of her life. She is the author of the Forever Family series including “Dear Emily” and “Dear Tabitha”. There will be many more stories from this series and you never know who may have a standalone or novella written for them. Stay tuned!
Trudy is a music junkie and you’ll know that she’s writing when you see her plugged into her laptop with her earbuds in. Her playlist is unique and is a must for her writing sprints.
When she’s not writing, she’s carting her children to their various activities while avoiding any kind of laundry or housework. She also loves to run along the boardwalk of the beautiful New Jersey shore.
She’s always been an avid reader and frequently escapes into the fictional worlds of the many characters that she has come to love. Well, now there are some fictional characters in her head dying to get out!
This first story is called “Dear Emily” and was released in December 2013. “Dear Tabitha” will be released in March 2014. The Forever Family series will continue with several companion/stand alone novels.
Email: authortrudystiles@gmail.com
Facebook: www.facebook.com/authortrudystiles
Goodreads: www.goodreads.com/trudy_stiles
Twitter: @trudystiles

a Rafflecopter giveaway
Posted by Unknown at 9:00 AM No comments: 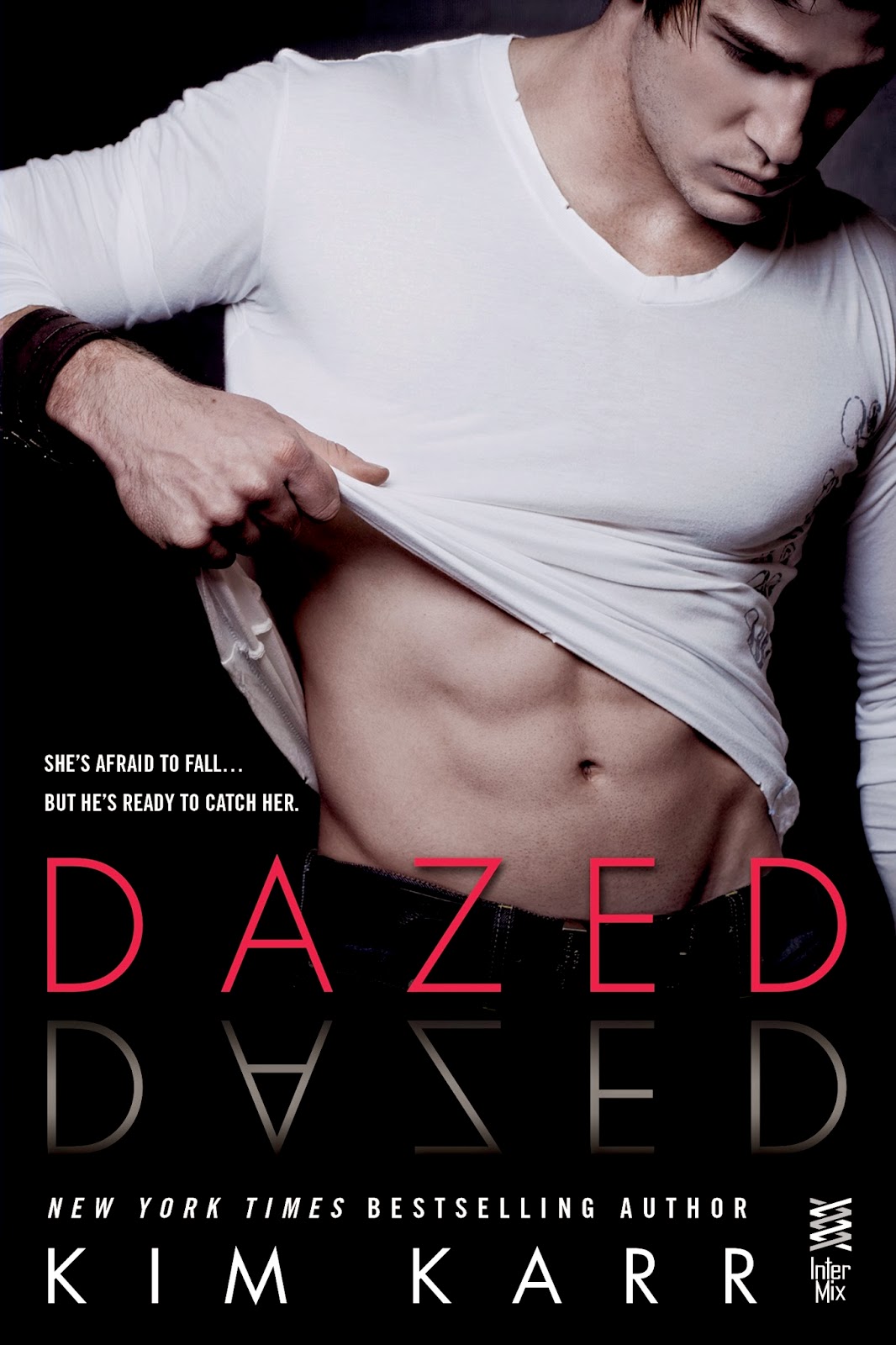 DAZED SYNOPSIS:
Jagger Kennedy never went looking for fame, he just fell into it. After scoring a major modeling contract, his clean-cut good looks and charm catapulted his career. But when his actress girlfriend breaks his heart, he moves to L.A. to try his hand at acting. He’s not looking for love—he just needs to make a change.

Aerie Daniels is a woman in control … until she meets Jagger. Her surprising connection with him leaves her dazed and it’s unlike anything she’s ever felt. But just when she lets her walls fall, she makes a startling discovery about Jagger that breaks her fragile heart into a million pieces.
To keep from losing the woman who’s changing his world, Jagger is willing to give up anything—including his career. But even that might not be enough to regain Aerie’s shattered trust…

DAZED IN GENERAL:
Dazed is a Connections Series Novella but it not necessary to read Connected and Torn prior to reading this. Also it has a beginning, a middle, and an end :) 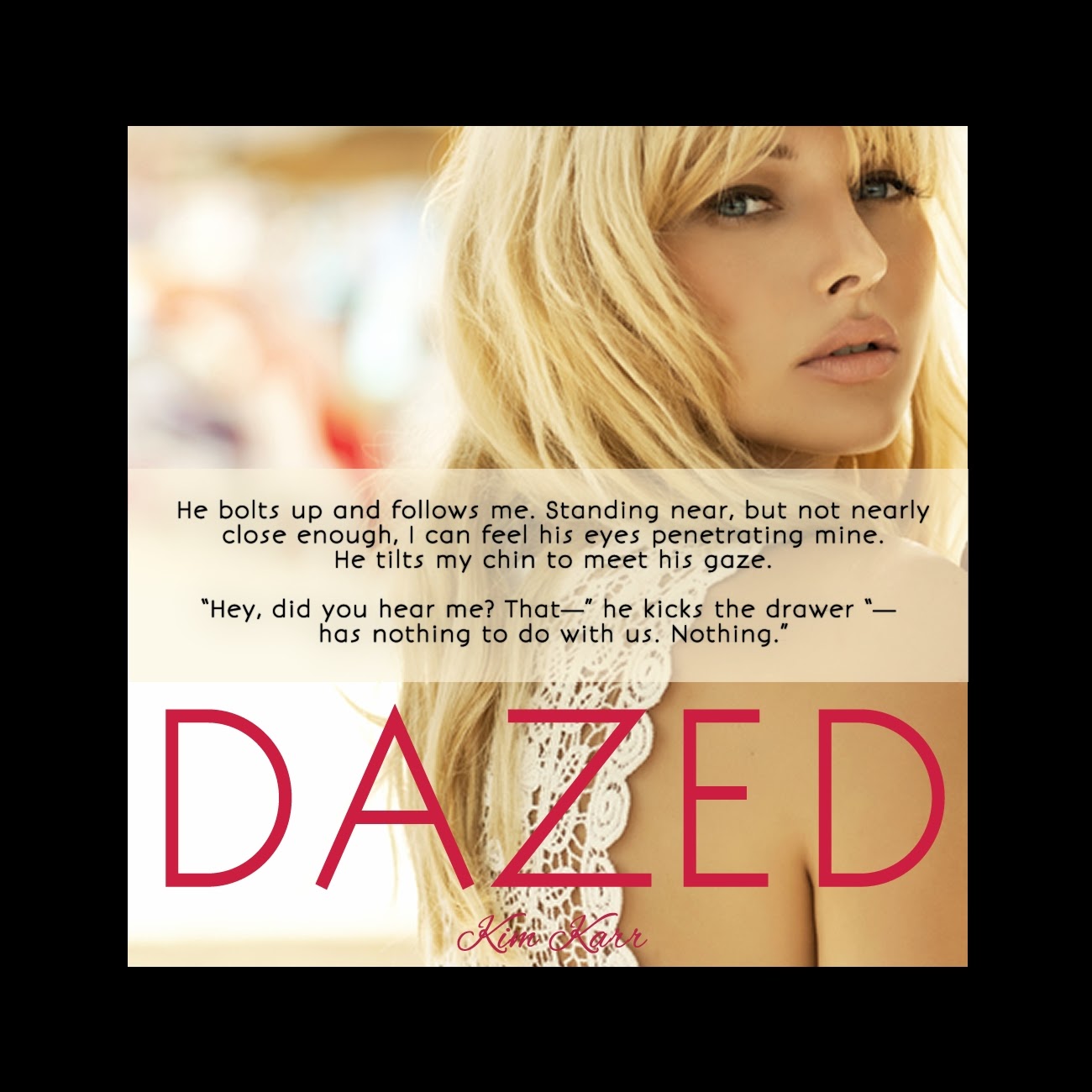 a Rafflecopter giveaway
Posted by Unknown at 8:00 AM No comments:


brought to you by: 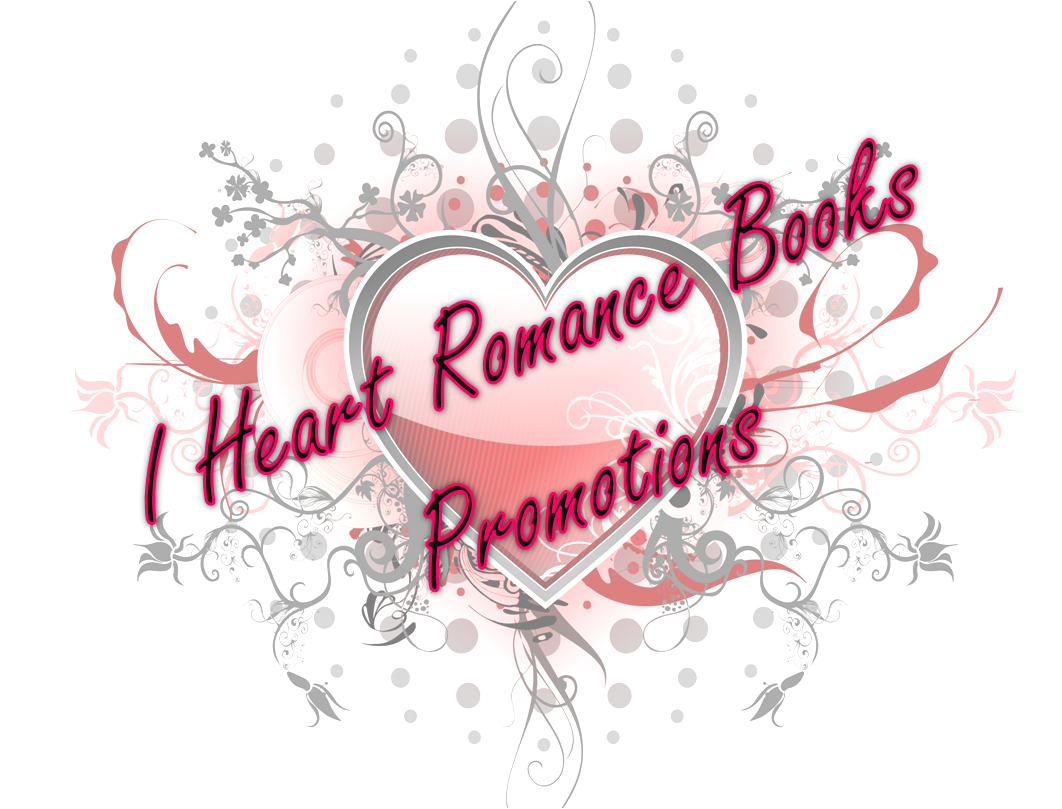 Posted by Unknown at 7:37 AM No comments:

LET ME LOVE YOU
BY AMY DAVIES
Published January 4, 2014 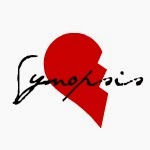 Natalia Slone(Tally) had no choice but to leave an abusive relationship and find herself again. Tally decides it's time to to move forward with her life.After starting a new job at one of LA's biggest photography studio 'Exposure'. Tally meets LA's newest and hottest TV star James Wilde. Will Tally allow James to help her move forward and over come her personal issues. 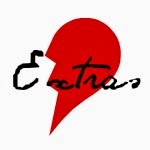 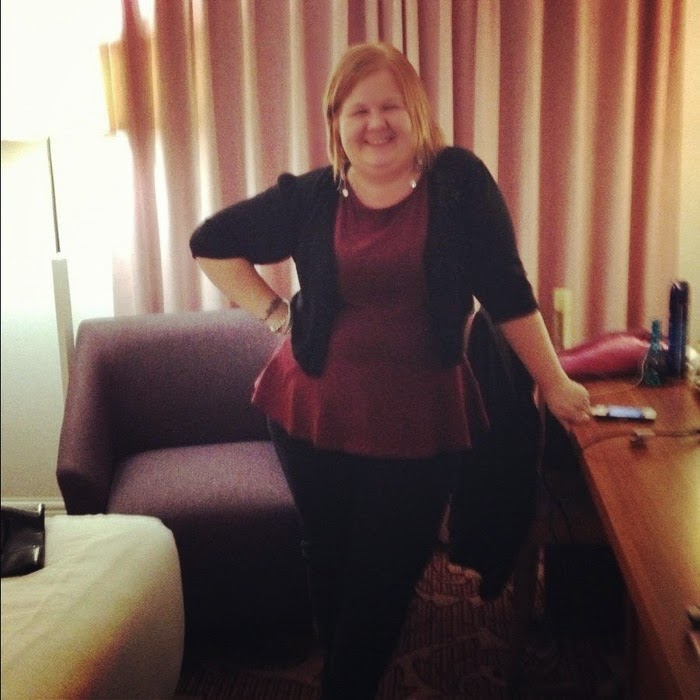 Mum of 3 amazing kids Jackson, Max and Isabelle. Married my best friend and soul mate Darryl.I am an avid book reader. I love photography, reading and music.I started my 1st book a while ago but hit my writers block but after meeting some amazing people online I managed to get back into my book and finish. 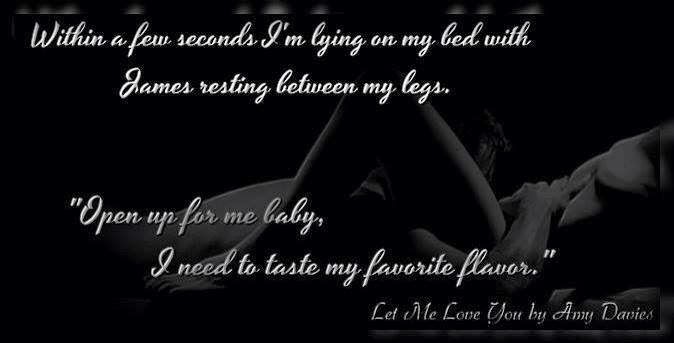 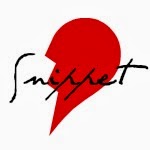 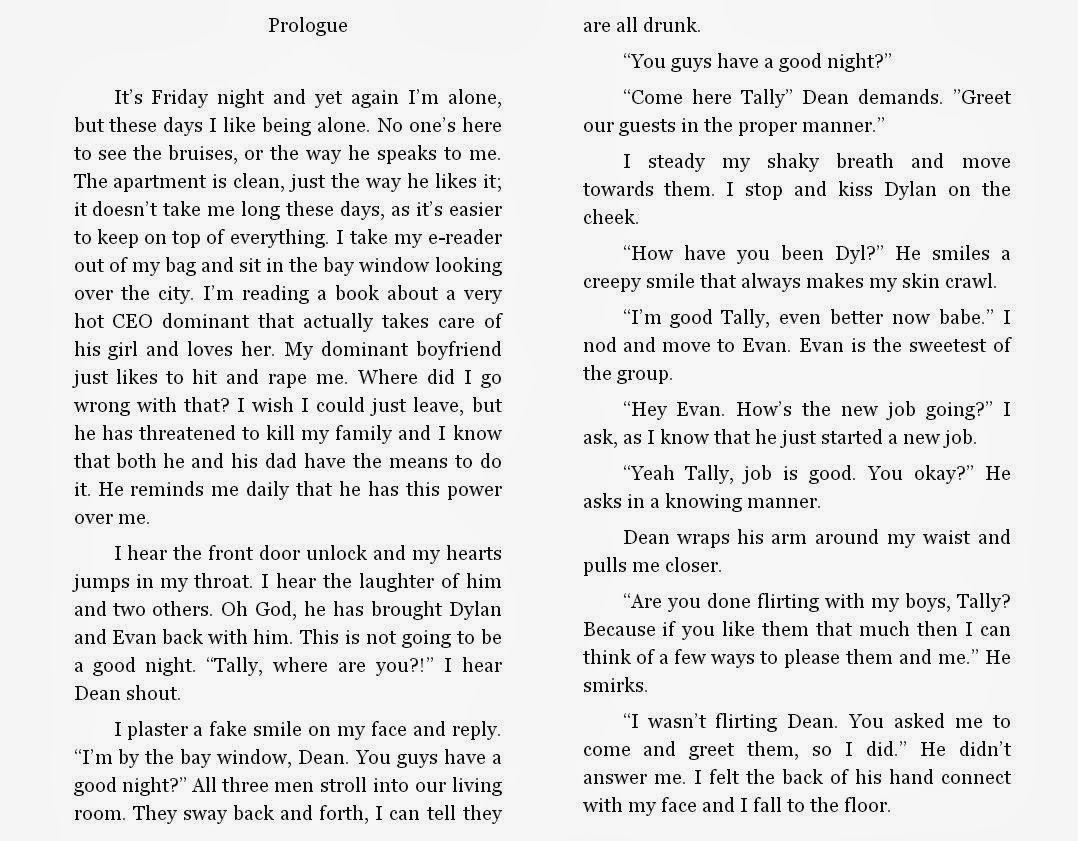 Posted by Unknown at 7:06 AM No comments:

Hope Trahan has everything she wants and everyone she needs…except her sister and someone who really is deserving of her. Who knew two separate events would turn everything completely upside down? When her best friend drags her down to the rodeo to help clear her head the last thing she expects is to meet a sexy, sweet talking cowboy. That's not what she came for but fate had other things in mind.
Wesley Tyler owns two national titles and is riding his way to the next. The day he meets Hope, he knows there's no going back. He soon learns Hope carries ghosts with her she can't quite shake. She holds things she wishes she could let go of. Wesley just may hold the key to helping her overcome it all. Can he win her over and help mend her broken walls or will her past hold her down?

“Excuse me ladies.” The voice comes from nowhere and I look around spotting Amber first with her jaw on the ground. She’s speechless, this never happens with her. My eyes roam to find what’s got her in a comatose state and standing right in front of us is a guy in Wranglers so tight it should be a crime and a baby blue dress shirt with those snap buttons. This guy is playing this cowboy part a little too seriously. His boots are even worn like they are the only pair of shoes he owns. Oh brother, is he kidding me? I roll my eyes while Ambers jaw is still on the floor.
She slowly closes her mouth and manages a weak smile. “Hi.”
My eyes feel like they are constantly rolling, this is a damn joke. We’re next at the concession stand and I lean forward asking for a Bud Light. The girl hands me a big plastic cup filled to the brim. Thank you God. I take a big sip letting the cool liquid slide down my throat. I look back to see he’s still standing there and he’s looking at me. Practically staring. His green eyes are sparkling like emeralds and it takes a second before I’m able to tear mine away.
“I’m Wesley.” That drawl in his voice is almost making me swoon but I stop it. He extends his hand out to me. I can practically hear Amber scoff and I’m agreeing with her. Why isn’t this guy talking to her? I am nowhere near ready to speak to another guy.
Baffled, I just stand there trying to decipher what’s going on. “I’m Amber, this is Hope.” Amber interjects and I shoot daggers at her begging her to shut up. She’s smiling, and I know exactly what she’s doing.
“Nice to meet you Hope. I won’t bite, I swear. I may nibble and that’s it.” Oh man Wesley sure has some nerve! I’m rolling my eyes again and I’m really praying he doesn’t notice because I’m not trying to be rude.
“Nice to meet you too,” I mumble.
“I hope you like the rodeo tonight.” He says never taking his emerald green eyes away from mine. The intensity of his stare takes my breath away.

My name is Ashley Johnson and I live in Lake Charles, La with my fiancé and our daughter. I graduated high school in 2003 and graduated college in 2008 with an associate's degree in Criminal Justice. I've always loved to read and write and that's what I do :)