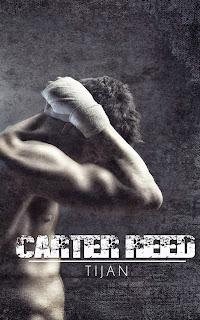 When Emma decided to skip the gym and go home early, little did she know her life would never be the same again? When she got home she found her roommate being raped by her boyfriend, there and then she had to decide to kill or be killed. There was no choice! She then went to the one person she was told to go to if she ever needed help... Carter Reed.

Carter Reed is part of the mob and was Emma’s brother best friend, He is intimidating, intense,sexy and downright loyal and protective to those he loves.

When starting this book I was hooked from the first chapter, I was really looking forward to finding out how Emma would deal with things, but I didn’t get to find that out as there was no insight as to how she felt or coped afterwards it felt like that was just ignored and she just moved on from it. although this is fictional I felt that there would have been some sort of emotional rollercoaster for Emma dealing with   what she done, she would have been tearing herself up inside even though the reason she done it was for the good, it still would have torn her apart. Also the way Emma was portrayed in the beginning was that she would do anything even kill for her friend, however later on in the book, she didn’t put up any sort of fight when she found out her friend wasn’t being protected she just carried on as normal. The relationship between Carter and Emma seemed very rushed, I loved the feelings they had for each other but was confused as it happened so quickly. I would have liked to have known more and see them build on the relationship, it felt emotionless at times and they hardly spent time together, but fell in love so quickly. There wasn’t much of a back story into Carter growing up and his feelings for Emma, which I hope there may be a second book that explains more of this. <3 Katie 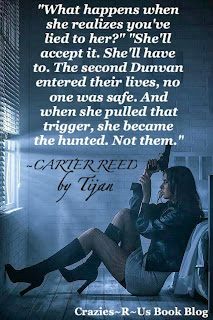 Synopsis: Emma decided to skip the gym and went home early. It was the last easy decision she made because she found her roommate being raped by the boyfriend. She had two choices. Call the cops and be killed by his family’s mafia connections or kill him first and hope to survive. There was no choice to her. She killed the bastard first and went to the one person who could protect her. Carter Reed. He’s a weapon for the rivaling mafia family, but he’s also Emma’s secret. Not only was he best friends with her brother, but she’s the reason he became that weapon in the first place.

This book is not for the faint of heart.

Posted by Unknown at 4:35 PM No comments: