Carson Matthews, the hottest driver ever to hit the MotoGP circuit, is living the carefree, celebrity lifestyle. With little to worry about, other than keeping himself top of the leader board, his favourite weekend pastime is visiting a certain blonde at Angels Gentlemen’s Club.

Emma Bancroft, a part-time lap dancer, is just trying to make ends meet. Her responsibilities weigh heavily on her, as does the secret she’s kept from everyone for the last two and a half years.

The two of them are poles apart.

Kirsty Moseley has always been a passionate reader since she was a little girl, devouring books overnight, barely sleeping and paying for it at school the next day. Writing has come similarly to her and once she discovered Wattpad, she finally plucked up the courage to post one of her stories. Seven million reads later, she self-published her debut novel THE BOY WHO SNEAKS IN MY BEDROOM WINDOW, which later became one of 10 Finalists for the 2012 Goodreads' Choice Awards, Best YA Fiction. Shocked and overwhelmed by the response, she published her second novel ALWAYS YOU a few months later.

If she had to sum herself up in one word, it would probably be 'daydreamer' - but unlike most of her school teachers, she doesn't necessarily view that as a bad thing. After all, she read somewhere once that books are like waking dreams....

She lives in Norfolk, England with her husband and son.

Image by Cool Text: Free Graphics Generator - Edit Image
Posted by Unknown at 6:00 AM No comments:

Between the Raindrops by K. Pinson Blitz! 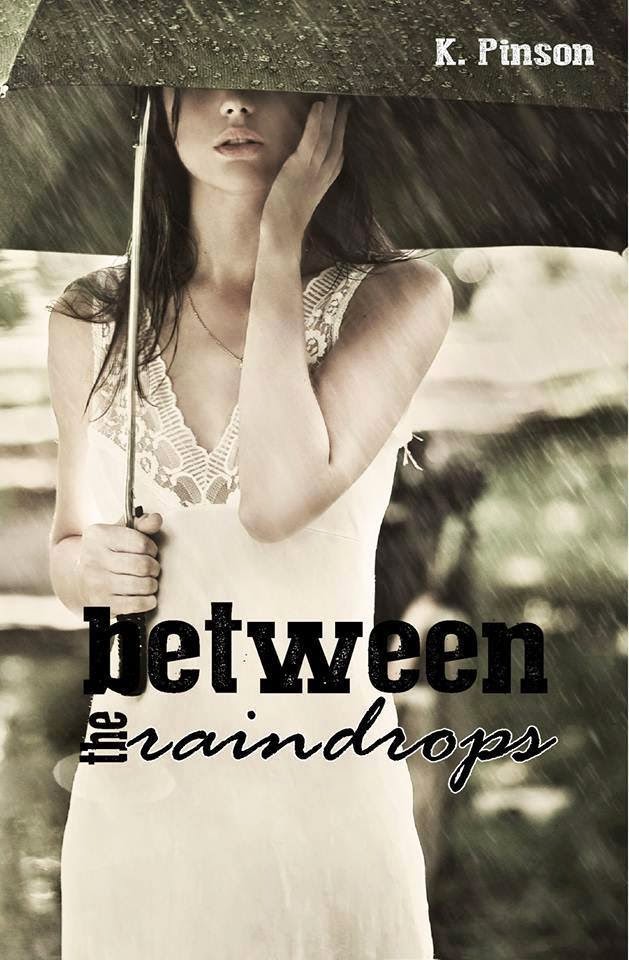 Nevaeh Daniels isn't like your typical twenty-four year old. She doesn't have life all figured out and frankly, she just doesn't give a damn.

She parties too hard, cusses too much and has no true direction in life.

Her parents gave up on her long before and focus solely on her identical twin sister, perfection at it's finest, Heaven Daniels. Well at least they did... until she commits suicide and puts the reputation of her family and herself at stake. Her parents refuse to go back to a life of squalor, so they devise a plan. A plan to give Nevaeh a life she never thought she'd have; fortune, fame and the love of fellow Hollywood hottie, Tate Monahugh. But he isn't the only one interested in getting inside her head and discovering her true being.

Are the lifestyles of the rich and famous all they are really cracked up to be or will Nevaeh succumb to her old life of solitude and forget-it-all attitude?

17 years and up for adult themes, sexual content and curse words. 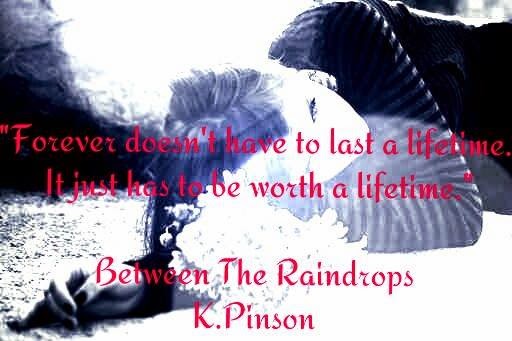 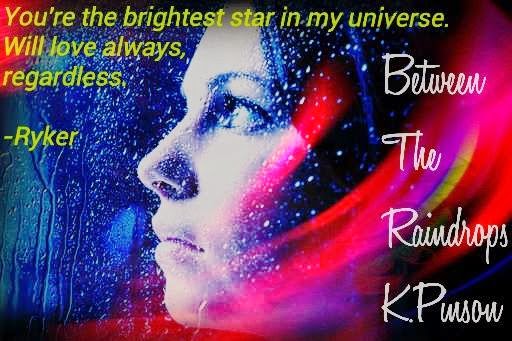 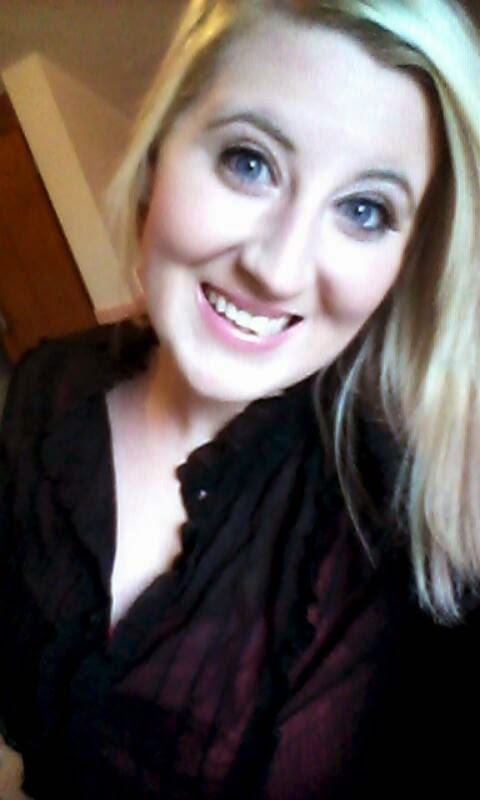 24 years old. Lives in a small farm town.Work full times as a Manager for an assisted living program for mentally challenged adults. I love my job. :) Getting my degree in music therapy.

Email: authorkpinson@live.com
Posted by Unknown at 6:00 AM No comments:

Stone, At Your Service (Carolina Bad Boys #1) by Rie Warren

Bad boy mechanic Josh Stone likes to get his hands dirty any way he can—the filthier, the better. Ever since his wife walked out on him and their young son, he’s only had room in his heart for two loves: the kid and cars.

Roped into playing his best buddy’s gay boyfriend during a romance writers convention, the player meets the girl who’s gonna rock his world. Leelee Songchild. Shy, bashful, beautiful Leelee who blushes at the drop of a hat yet writes hardcore smut to rival Josh’s backlist of Penthouse Forum.

The only problem is his hands are tied. Josh can’t stab his old friend/fake lover in the back even though all he wants to do is take luscious Leelee to bed, and maybe, love her. When the truth comes out, all hell breaks loose.

Too bad romance is just for books. 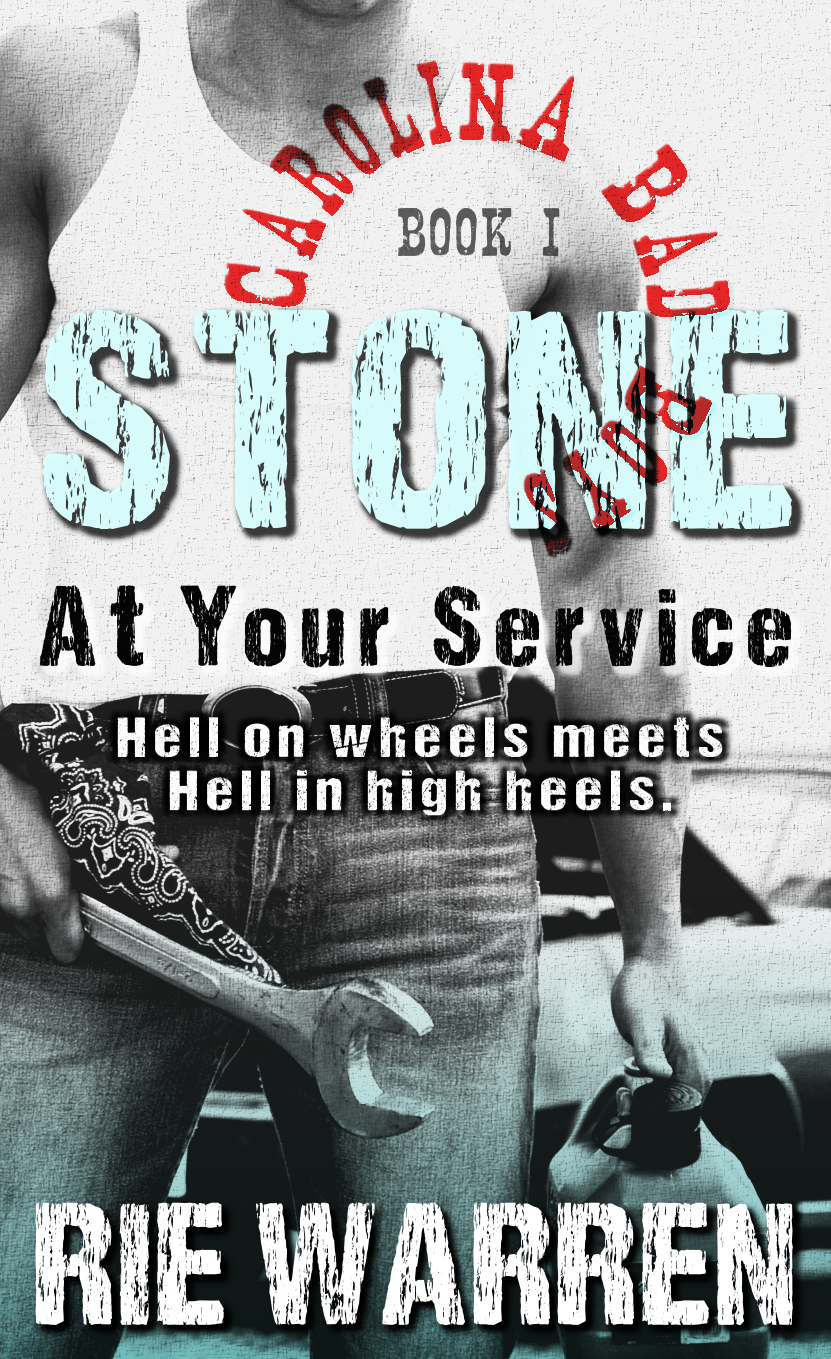 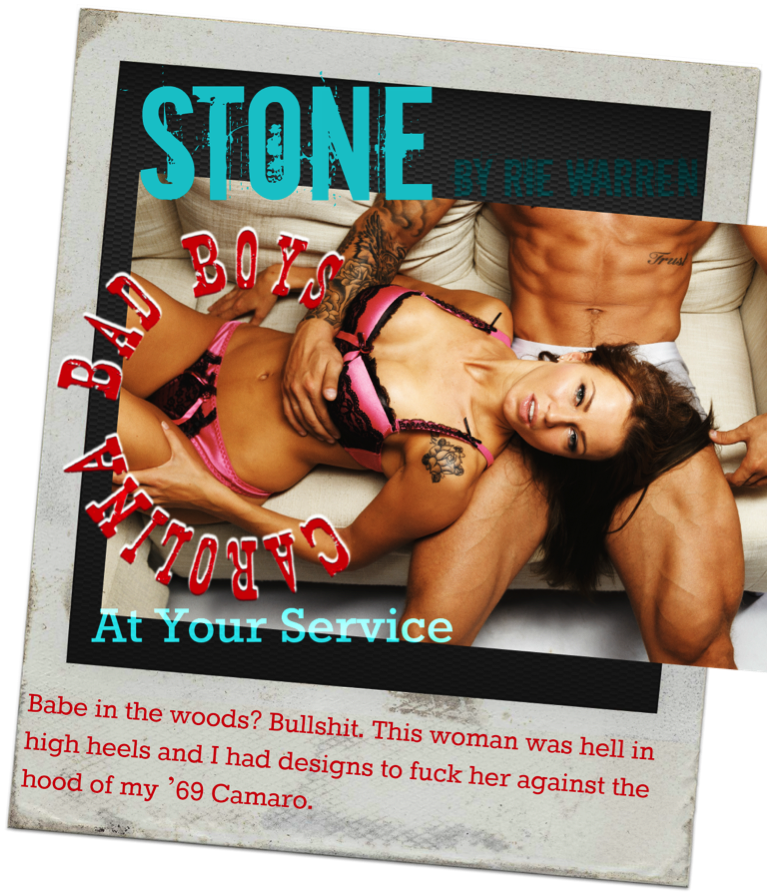 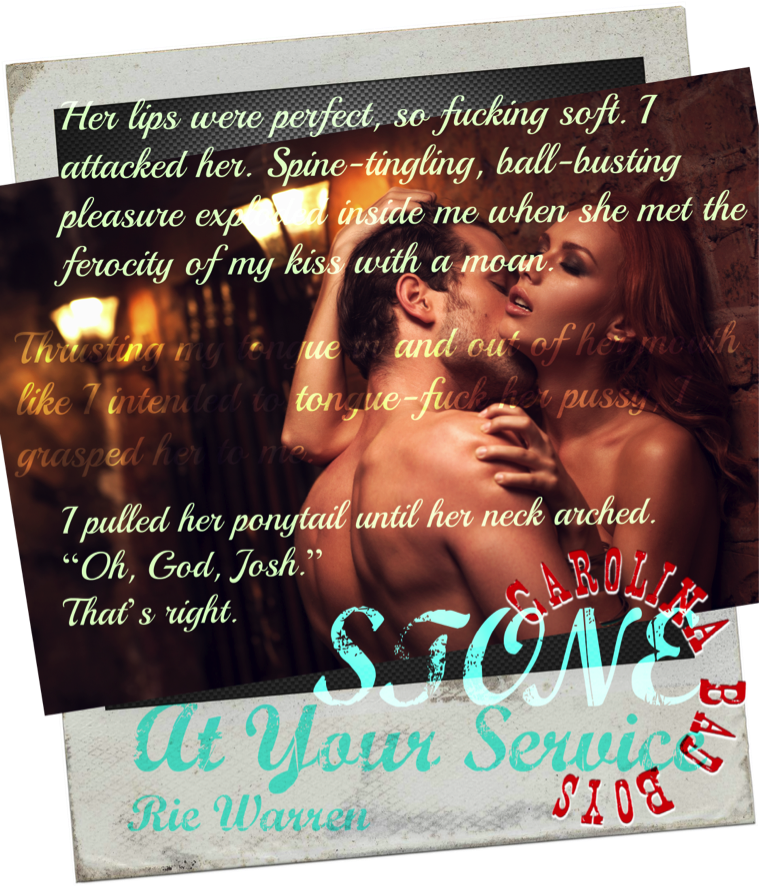 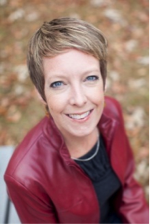 Rie is the badass, sassafras author of Sugar Daddy and the Don’t Tell series–a breakthrough trilogy that crosses traditional publishing boundaries beginning with In His Command. Her latest endeavor, the Carolina Bad Boys series, is fun, hot, and southern-sexy.

You can connect with Rie via the social media hangouts listed on her website https://www.riewarren.com. She is represented by Saritza Hernandez, Corvisiero Literary Agency. http://www.corvisieroagency.com/Saritza_Hernandez.html

Synopsis
Some things won’t stay buried… Drake Jefferson has been missing for years. Wanted by the very people who hired him, he left behind his job, his life, and his love to pursue a career of the criminal variety. Caitlin Saunders, Drake’s ex-wife and one of the AFP’s best analysts, is doing her best to move on after losing the love of her life. Originally a part of the team that managed Drake’s operation, she gave up her field role the day she realized he’d turned. And she hasn’t trusted a soul since. One phone call in the middle of the night will force her back to active duty - a suspect in an ongoing case has been captured and they insist they have information on Drake – they just aren’t willing to talk to anyone but her. That information will change everything she believed to be true and send her down a path that could land her in the exact position Drake ended up in. It will take every skill set she has, just to keep her head above water as she learns that right and wrong don’t always follow the rules, and that when you’re fighting for love – there are no rules.

Prepare to be Owned... Lose yourself in this collection of never before seen novellas from eleven best selling authors from around the globe. And the best part - they contain controlling alphas, feisty females and story lines that will have you holding your breath.

Bestselling New Adult Romance Author, Lilliana has always loved to read and write, considering it the best form of escapism that the world has to offer. Australian born and bred, she writes romance revolving around her authentically Aussie characters as well as a biographical trilogy based on an ex-Sydney sex worker, named Angelien. Lilliana feels that the world should see Australia for more than just it's outback and tries to show characters in more of a city setting. When she isn't writing, she wears the hat of 'wife and mother' to her husband and four children. Before Lilliana turned to writing, she worked in a variety of industries and studied humanities and communications before transferring to commerce/law at university. Originally from Sydney's Western suburbs, she currently lives a fairly quiet life in suburban Melbourne.