Synopsis
Fast. That’s how I like life, especially my two great joys: bikes and women. I’m committed to exclusively riding one, but not the other. Until April. A sexy-arse freelance photographer who’s travelled the world, and doesn’t do long walks on the beach or romantic candlelit dinners. She enjoys running with the bulls and food spicy enough to make your hair fall out. If that weren’t enough to get me hard, she rides a mean mother of a motorcycle. I’ve gotta have a taste of this wildcat.
~Spencer (Jones)
I don’t do fast. Not anymore. I’ve got my career, my independence, and since I fled Spain to come back home I promised myself that I wouldn’t be put second—or third, for that matter—again. Then I meet pretty boy Spencer. He’s smooth, oozing the most potent pheromones probably known to modern science, and he’s making a move on me. One kiss was almost enough for my promise to dissolve. My head says no—my treacherous body screams yes. I’m gonna make Spencer work for it. Make him fight for the chance to have me, because I know that deep down I’m worth it.
~April MacIntyre

Prologue
SPENCER (JONES)
My head pounds, alerting me to the fact that I’m alive. Barely. I run my hand over my bare chest to find a set of fingers clad with rings. The hand tightens, sharp nails scratching my skin as they sweep over my ribs. I shudder with the realisation that she’s still here. That was not part of the plan. Her hand continues over to my hipbone, and curls around my side. I turn to see her face buried in the pillow beside me, a cascade of fiery red curls tangled down her back, a strong contrast to her pale skin. I strain to lift my head off the pillow, and there he is. Ryan. On the far edge of my king-sized bed, face down, bare arse and all. I’m here again. My life on repeat. My liver screams out its hate for me, and my body aches in silent protest. And why the fuck is my arse sore? I wriggle to release myself from her hold. I don’t like them to stay, but Ryan and I were obviously too fucked-up to care. I must’ve passed out, because normally I deal with their exit. I don’t do mornings. I don’t do awkward. I like simple hook-ups, and then “see ya”; No expectations, no complications. This here looks complicated. Walking naked across my bedroom, the floor littered with condom wrappers and clothes, I pick up a rogue black leather shoe and throw it at Ryan’s arse. He chokes on his snore, and stirs. “Hey, what the fuck, man?” He rolls over, thankfully tugging the tangled sheets with him to shield his dick. I don’t need a vision of his giant cock in the back of my head today. “What’s up is that you and Princess Redhead need to leave, buddy. I gotta get to work,” I whisper loudly. Working for Dad today is totally gonna blow. Ryan swings his legs off the bed, and stretches his arms over his head. “Well, you never fail to disappoint, man. Guess I’ll catch ya next time I’m in town.” I take a white crumpled towel that I must have left on the floor yesterday and wrap it around my hips. “That depends, mate. If you’re the reason my arse is sore, then this was the last time. Oh, and you might just get the shit kicked out of you.” He chuckles quietly to himself. “You don’t remember?” He grabs his jeans from the floor in front of him, and slips them on. “Remember what?” Oh no. Ryan did not go there. I’ll kill him. On instinct, my teeth grind against each other, and I breathe out heavily through my nose as I stalk towards him. He holds up a hand. “Relax,” he says, as he juts his chin towards the redhead. “Miss Ginger Sex Fiend over there brought toys.” “Fuck,” I gasp. I’ve seriously gotta lay off the drink. “Now, get outta here. I’ll take care of Ginger.” Ryan winks, and runs his hands through his mussed up sandy-coloured hair. Yeah. I need to get to work.

A sexy imagination, a life-long love of books and a sucker for romance, Jennifer Ryder couldn't stifle her creativity any longer.

Writing steamy adult romance has become her new focus. Living on a rural property in New South Wales, Australia, she enjoys the best of city and country.

Her loving husband is ever willing to provide inspiration, and her two young cherubs, and sheep that don't see fences as barriers, keep life more than interesting. 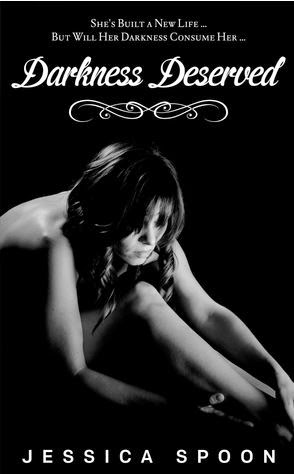 This is the first book in the Shattering the Darkness Series.  The story is about Harper Reagan, a beautiful woman attempting to travel on the path of a new life, leaving behind her horrid past.  Losing her parents to a horrible murder as a child, being put into a broken foster care system and being abused by a foster father sets her on a road of no return.  Living  a life a prostitute, accepting this is her life with no way out, or so she thought until her savior comes to rescue her.  Nikko Scott, a family friend helps Harper get out of her horrible life and helps her start a future , helping to keep her past hidden.  Just when Harper is getting comfortable in her new life, she meets a handsome Adonis, Breccan Caldwell.  He is gorgeous and wants Harper in his life, but will she let him into her past or will she walk away in order to protect him.

This book was filled with suspense in wondering what the main character will do.  Filled with hot scenes of passion between Breccan and Harper.  There were times when Harper’s indecisiveness to keep her past hidden from Breccan seem to drag out too long, but in the end, the author will make the read worth while, with a little cliffhanger into the second book.

This is Jessica Spoon’s debut novel and she is great writer.  I enjoyed reading this book. 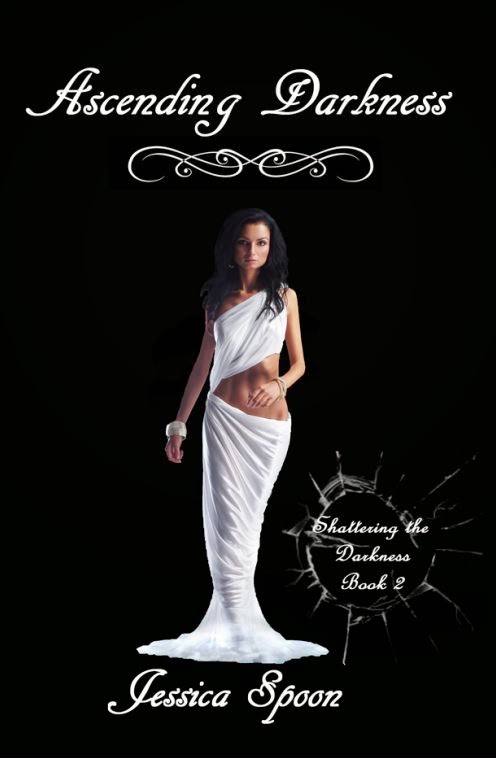 This is the 2nd book in the Shattering the Darkness Series.  Ascending Darkness, picks up from the first book Darkness Deserved.  Harper and Breccan struggle to have a future together, but Harper’s fear of Breccan learning everything in her past keeps her from fully opening up to him.  She is afraid to love again for fear all of her happiness will be taken away by someone from her past.  Things start to happen to those she cares about, leaving her and Nikko to wonder if the one person she feared is back and knows where she is.  As her relationship with Breccan deepens, Harper is starting to realized no matter what her past is, Breccan is never going to leave her and that love she has always thought she could never have is no within reach.

This 2nd book I have to say, was my favorite.  Although the first book really set the tone to become familiar with all the characters, this book really gets the reader invested in the characters making you not want to put it down.  Jessica’s description of certain scenes really makes your hair stand up and yet her love scenes are much more delicate, describing the love between the main characters, Breccan and Harper.  In the end, I was pleased with where Jessica left the characters.