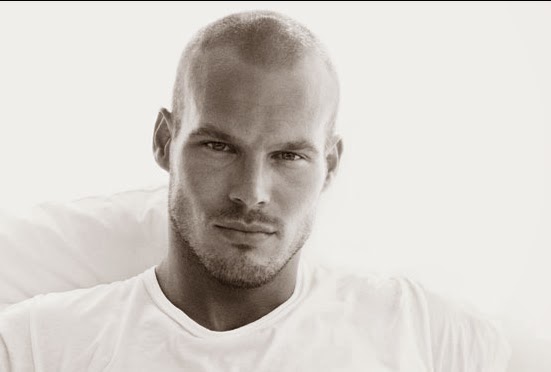 I really, really loved this book. Reading a book with a strong female lead that has a don't fuck with me attitude but that also has a mama bear protective vibe is always a nice change of pace. Cora and Rome have been in each other's circles for years, never really noticing one another, but when Rome leaves for the war, everything changes. He comes back as someone no one knows anymore and Cora doesn't let him take his new found "winning personality" out on anyone else. Rome doesn't know what to make of this sptifire and from the day she pours her beer over his head, she never leaves his mind. My one and ONLY complaint about this book was the way it ended so abruptly and my one and only hope is that because there will be a book four, any unresolved questions and unfinished situations will come to be concluded then. This is a story not to missed, about love, loss, sacrifice, lessons learned and coming into your own after losing yourself completely for awhile. Absolutely must read, more than once if you can. Four and a half stars.
The MARKED MEN are coming back on January 7, 2014, so get ready for the ride of your life with ROME (MARKED MEN #3) by the fabulous Jay Crownover.
You’ve met inked-up bad boy RULE (Marked Men #1) and have been swept away by the lyrical JET (Marked Men #2). Now, get ready to be riveted by Rule’s older brother ROME.
Rome returns to Denver after serving his country and leaving a part of his soul, along with his blood, behind on the sands of the battlefield. When he meets Cora, sparks fly and all bets are off in this steamy, heart wrenching love story. Can two souls who have their own dark past survive the explosion of them coming together. Find out in ROME on January 7th.
Be sure to join us as are part of the Jay Crownover’s Rome Book Tour.

Title: Rome (Marked Men #3)
Author: Jay Crownover
Genre: New Adult
Publication Date: January 7, 2013
Publisher: William Morrow an imprint of HarperCollins Publishing
Synopsis
Cora Lewis is a whole lot of fun, and she knows how to keep her tattooed bad boy friends in line. But all that flash and sass hide the fact that she’s never gotten over the way her first love broke her heart. Now she has a plan to make sure that never happens again: She’s only going to fall in love with someone perfect.
Rome Archer is as far from perfect as a man can be. He’s stubborn and rigid, he’s bossy and has come back from his final tour of duty fundamentally broken. Rome’s used to filling a role: big brother, doting son, super soldier; and now none of these fit anymore. Now he’s just a man trying to figure out what to do with the rest of his life while keeping the demons of war and loss at bay. He would have been glad to suffer it alone, until Cora comes sweeping into his life and becomes the only color on his bleak horizon.
Perfect isn’t in the cards for these two, but imperfect might just last forever . . .

I’m supposed to share interesting details about myself so that my readers get to know me so here we go in no particular order: I’m an natural redhead even though I haven’t seen my real hair color in years, I’m a big fan of tattoos and have a half sleeve on either arm and various other pieces all over the place, I’ve been in the bar industry since I was in college and it has always offered interesting insight into how men and women interact with each other, I have 3 dogs that are all crazy, I live in Colorado and love the snow, I love music and in all reality wish I could be a rock star not a writer or a bartender but I have zero talent so there is that.
I love to write, love to read and all I’m interested in is a good story with interesting characters that make the reader feel something.
Facebook | Twitter | Website | Goodreads
Tags: Book Tour, HarperCollins, Jay Crownover, Jet, Marked Men, Rome, Rule, William Marrow
a Rafflecopter giveaway
Posted by Unknown at 6:39 AM No comments: