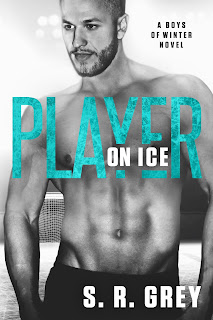 Jaxon Holland is more than a top-scoring center for the Las Vegas Wolves—he’s also the biggest “player” on the team. Women love him, flock to him, lust for his sculpted body.

Yeah, life is good for this hockey player.

Or it was until lately.

After blowing a key play in what may have been the biggest game of the season, the fans sour on Jaxon. Good thing memories are short, right? Uh, they’re not when a widely popular sports blogger, known simply as Mr. Hockeypants, calls Jaxon out and places all the blame for the loss on him.

Life goes from bad to worse, and Jaxon wants to get away.

Good thing one of his teammates has a beautiful, secluded beach house he can escape to. Sand, sun, surf, and lots of alone time sound good to this disgruntled centerman.

Only problem is the beach house is already occupied—by beautiful and spunky Cara Milne.

Cara and Jaxon are off to a rocky start after an extremely awkward first meeting. Yeah, these two pretty much hate each other. But Jaxon, forever a “player” at heart, vows to win his housemate over.

What he doesn’t know is Cara is Mr. Hockeypants! His worst enemy, the bane of his existence!

And she’s determined that he never finds out.

Too bad keeping a secret is more slippery than ice, especially when you start falling in love with the guy you almost destroyed.

Player on Ice is the fifth standalone novel in the bestselling Boys of Winter hockey romance series.

“Wow, you look rather happy all of a sudden,” he says.
“I am, Jaxon.” I reply. “I am.”
“Does this mean you reached a resolution?”
“I sure have. I decided to stop with all the overthinking and just go with what my heart’s been telling me to do for a long time now.”
Ooh, now he looks really curious.
“What does that mean?” he asks, our eyes meeting.
I take a deep breath, and then blurt out in a rush of words, “It means I’m tired of fighting the inevitable.”
His eyes bore into me, and I swear he already knows what I mean. He knows I’m referring to him…to us.
Swallowing hard, he steps out from behind the kitchen counter, looking gorgeous, as always. His hair’s a little damp, making it darker than the usual sandy-brown shade. He’s wearing khaki shorts and a royal blue tee, which shows off his bronze skin perfectly. Jaxon’s tan, like me, but so very buff, so freaking hard.
I watch his defined leg muscles flex as he takes a purposeful step toward me.
When he’s less than a foot away, he stops and rasps, “So what is your heart telling you to do at this very moment, Cara?”
I stare at his bare feet, tan like the rest of him.
Then I glance up, chuckling nervously. “Uh, it’s telling me to do a lot of things.”
He whispers, “Name just one.”
Just as softly, I respond, “Well, right now, my heart’s telling me those burgers can wait.”
He cocks a brow. “And…?”
“Hey, you said I only had to name one.”
He shrugs, smirking. “I lied. Tell me one more.”
It’s time to be more honest with him than I’ve been with myself.
I take a deep breath, then say, “My heart’s telling me I should kiss the heck out of you right now…since you’re so freaking close.”
“Shit, sweetheart.” He smiles. “I agree. Your heart is abso-fucking-lutely right.”
Months of confusion reach a moment of clarity. And there’s no stopping us from coming together now. 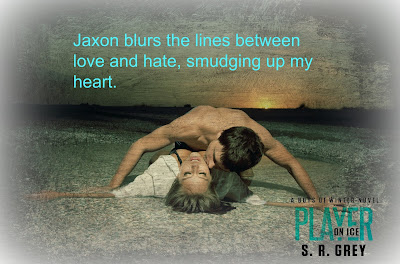 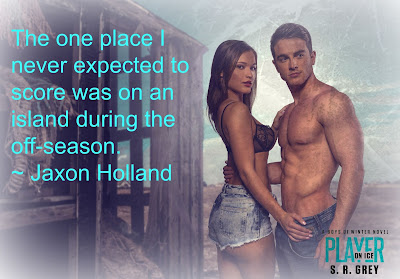 "The usual Grey crisp writing, lovable heroes that you kinda want to slap, and a heroine that doesn't back down," Resistance on Ice is another fun standalone novel in the bestselling Boys of Winter hockey romance series.” - Wall Street Journal Bestselling Author Ilsa Madden-Mills

S.R. Grey is an Amazon Top 100 and a #1 Barnes & Noble Bestselling author. She is the author of the brand new Boys of Winter hockey romance series, the popular Judge Me Not books, the Promises series, the Inevitability duology, A Harbour Falls Mystery trilogy, and the Laid Bare series of novellas. Ms. Grey's works have appeared on multiple Amazon Bestseller lists, including Top 100 several times. She is also a #1 Bestselling Author on Barnes & Noble and a Top 100 Bestselling Author on iTunes. 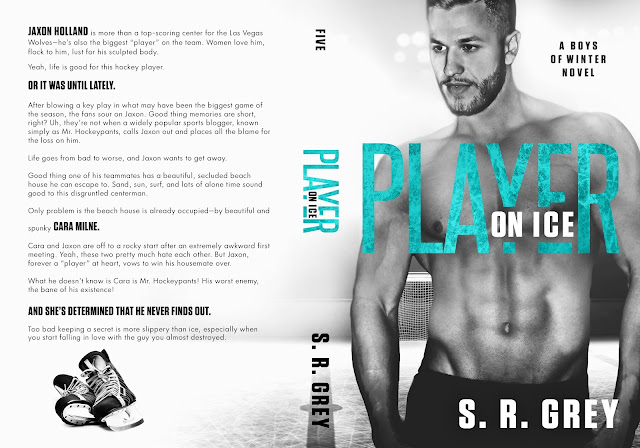 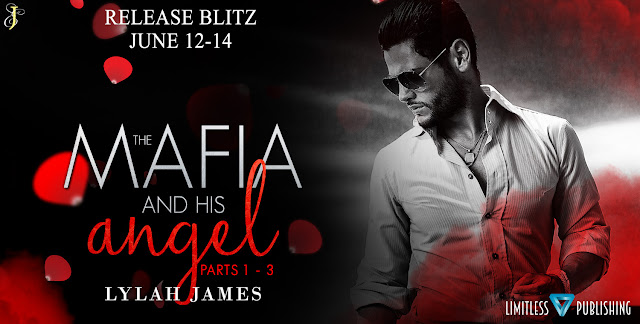 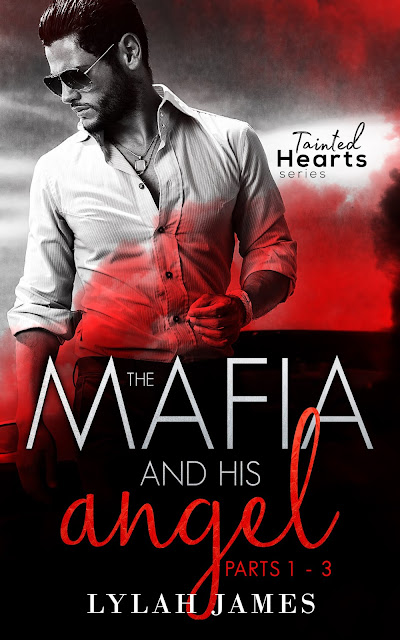 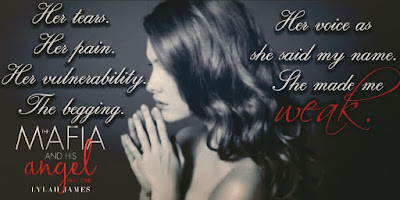 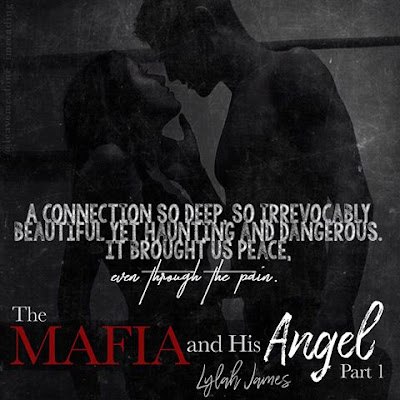 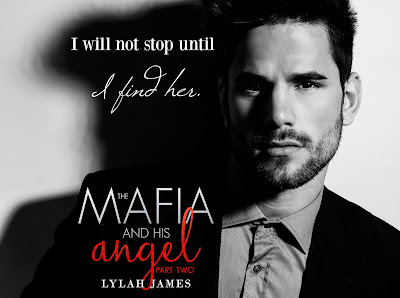 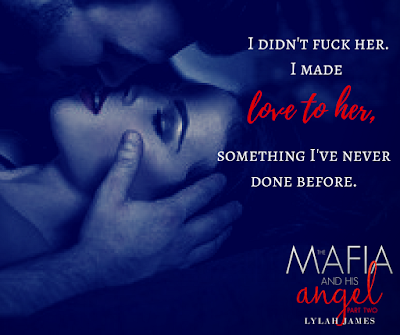 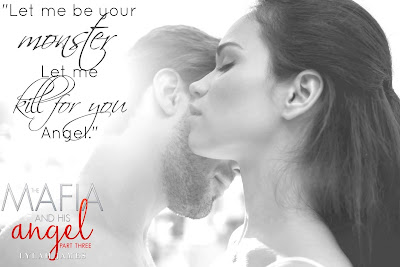 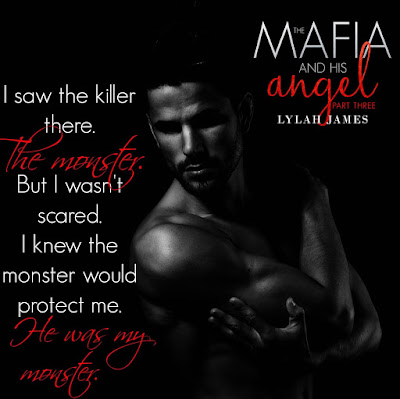 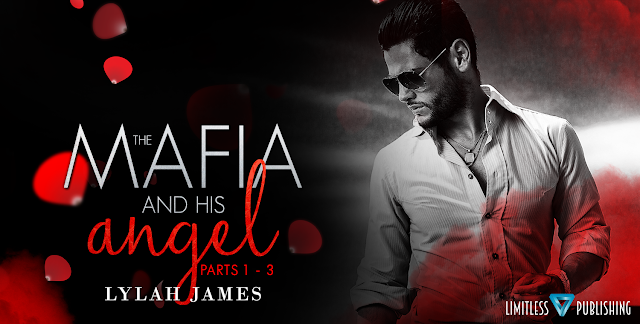