The Good One Tour 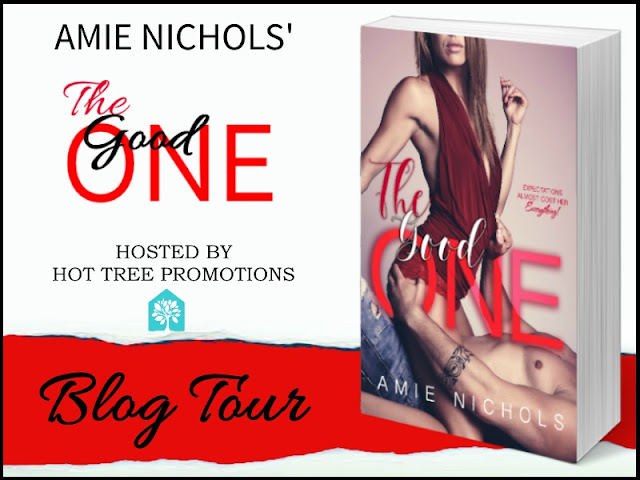 Expectations almost cost her everything. 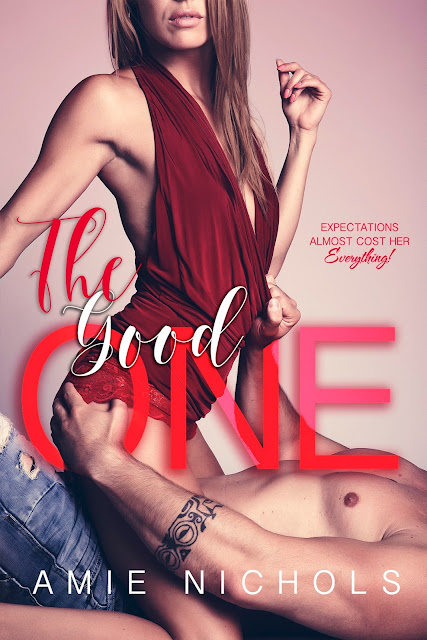 River Scott is the daughter of a billionaire. She runs her father's company and does what she is told, including cleaning up after her out-of-control, socialite, wild-child baby sister.

After a tragic night fifteen years ago, River feels she has no choice but to continue on the path of being the good one, keeping her sister in check and always pleasing her father.

She's in a dead-end relationship, but all she wants is love, passion, and sweep-you-off-your-feet excitement.

Because of her sister, she meets ex-male escort, Damian Matthews. Their attraction is by far like nothing either have experienced. He gives her everything she wants and so much more.

Unfortunately, this is not the guy River's father would approve of. He approves of Ryan Lane, a wealthy, successful playboy who is ready to settle down and start a life in politics. She knows Ryan is the smart choice, but no one makes her feel like Damian does.

When River starts dating Damian, a set of events are put into motion changing everything she thought she knew about her family.

Can River get what she wants without losing everything and hurting the one person she has sworn to protect for the rest of her life?

This is a standalone novel. Due to strong language and sexual situations, this book is meant for adults over 18.

Free on Kindle Unlimited
Read more »
Posted by Unknown at 5:55 PM No comments:

Eight minutes after I stepped off the elevator, thirty seconds faster than the last time—because, you know, my life had become so fucking routine that I’d started timing that shit—after enduring the record-breaking, twenty-seven-degree low—hey, this was Texas—I stepped into the coffee shop around the corner from my condominium building, inhaling the scent of homemade blueberry scones and freshly brewed coffee.

“Mornin’, Jake,” the young woman behind the counter greeted as I approached, her smile friendly, her gaze inquisitive.

“The usual?” she asked, looking up at me, one hand cocked on her hip.

Staring into the glass display case, I perused the items momentarily as though I might actually choose something different than the usual. For the past six months, I’d been coming to the coffee shop at least once every two or three days, ordering a blueberry scone and a strong, black coffee—not exactly the thing that would help my bad boy image. Then again, I was kind of a simple guy. Perhaps I kept my order uncomplicated because the rest of my life was chaotic enough. Whatever the reason, I didn’t see change in my near future.

Looking back at Kim, I smiled. “Yeah. The usual.”

As Kim rang me up, her dark eyes darted down to the notebook in my hand. “That’s new. What happened to the laptop?”

I followed her gaze down to the leather-bound book. “Thought I’d try something different today.”

Kim laughed. “But you still ordered a blueberry scone and black coffee.” It wasn’t a question. She cocked her head. “Sounds about right.”

Passing her my credit card, I shrugged. “Can’t step too far outta the box. Wouldn’t wanna get hurt.”

Kim gifted me with another laugh, handed back my card, and went to work on getting my order ready. While I waited, I glanced around, looking for an empty table. There was only one left—in the far corner near the window, which would be perfect provided I could get to it before anyone else did.

Everyone loved to do the play on my last name. Rarely did I ever hear anyone come up with something unique, but I’d learned to play along. “Funny.”

“I try.” Kim waved me off with her fingers. “Now go write something. We’re all waiting for the next masterpiece.”

I secured the notebook under my arm, grabbed the scone, a napkin, and my coffee, then weaved my way through the people scattered about. Careful not to run into anyone, I was about to give myself a mental pat on the back for making it all the way through without any mishaps, right up until…

Shit. “Sorry,” I muttered when I bumped the arm of a woman who’d been hunched over one of the round tables. At least I thought it was a woman. Too small to be a man, but thanks to the hood covering their head, I couldn’t be sure.

Turning, I slid into the chair at the table in the corner, dropping my load before lifting my gaze to see who I’d bumped and if they were ready to burn me alive with a scathing glare.

Definitely a woman. But she wasn’t scowling back at me. In fact, she wasn’t looking at me at all. Instead…

My eyes dropped to the notebook in front of her. “Are you … playing tic-tac-toe?” I found myself blurting before I could think better of it.

The woman’s gaze lifted, and I was then staring into eyes the color of storm clouds, such a mesmerizing shade that I was momentarily stunned, my hangover all but forgotten.

Damn, she was pretty.

And I’d never been more grateful that I’d stopped to take a shower than I was right then.

A lock of hair peeked out from beneath the thin white hoodie she wore, and my attention drifted down to her shoulder as I tried to decipher the color. Pink? Orange? I know, being an author, I should’ve said something along the lines of magenta or salmon, but seriously. Being a guy, I didn’t give colors fancy names. Regardless, I wasn’t quite sure what the color was, but I was fairly certain that it wasn’t natural.

“Yeah,” she said softly, the labret piercing beneath her lip twinkling briefly before she returned her attention to her game.

“Who usually wins?” I asked, dropping my eyes back to the paper, then up again as I pushed the hood off my head, secretly hoping she’d do the same.

Those gray eyes raised to meet mine once more, and this time one of her eyebrows lifted, and if I wasn’t mistaken, the corner of her lip curled slightly. Interesting. Her lips… I tried not to stare, but it wasn’t easy. Not only did she have a piercing beneath her lip, she had a ring that circled her plump bottom lip twice (or appeared to) on the right side, as well as a diamond stud in her nose and a barbell in her left eyebrow. Even with those distracting me, I couldn’t help but notice her glossy mouth matched the color of her hair.

As did her eyebrows. Did women actually do that now? Color their eyebrows?

“I normally do,” she said, and I assumed she was referring to winning the games, not coloring her eyebrows. Unless of course she was a mind reader, then … well, if that were the case, then I probably needed to censor my thoughts, because yes, more than once since my ass had hit the chair, I’d pictured her naked.

Another smile flirted with the corner of her coral-pink lips. (Yep, I went there—coral. My new favorite color.)

Visit Nicole's Website for the INKED ON PAPER #NEInked Photo Scavenger Hunt and put your name in the hat for one awesome PRIZE! Submissions are due by 1/22/2016!

Be sure to join the Nicole & Colt Edwards Group on FB today for the release day party for fun times and giveaways!

New York Times and USA Today bestselling author Nicole Edwards lives in Austin, Texas with her husband, their three kids, and four rambunctious dogs. When she’s not writing about sexy alpha males, Nicole can often be found with her Kindle in hand or making an attempt to keep the dogs happy. You can find her hanging out on Facebook and interacting with her readers - even when she’s supposed to be writing.

Nicole would love to hear from you!