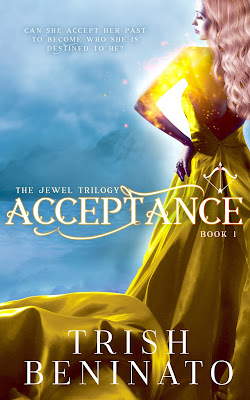 When destiny and desire collide...

In a community full of supernatural powers, eighteen-year-old Jewel longs for a life of normalcy. But nothing in her life is ordinary. And suddenly she discover she's more abnormal than she ever realized--complete with a past she never knew existed. Once a goddess from ancient Greece, Jewel is the main reason everyone has their special abilities.
As she struggles with her newfound knowledge, Jewel encounters the mysterious god of Egypt, Anubis. With a past she has no recollection of, she tries to deny the pull she has for the sexy god. But, destiny has other plans. As she uncovers more secrets about who she really is, Jewel is pulled into a dangerous world surrounded by a prophecy--a prophecy that both terrifies and intrigues her. Will Jewel accept who she once was for a chance to become who she's meant to be? 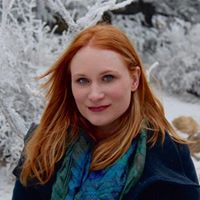 Trish Beninato is a young adult fantasy/scifi indie author, who has an unhealthy love for Marvel comics and Star Wars. She is desperately trying to make thirty the new twenty and lives in Colorado with her husband, three children and her adorable rescue pup. She was born in Indiana and raised around the world, spending most of her youth in Hopkinsville, Kentucky. She has a love for traveling and moving to new places thanks to being a child of the military and now spouse to a military soldier. In her spare time she works with young children, paints and hikes around the Rocky Mountains. 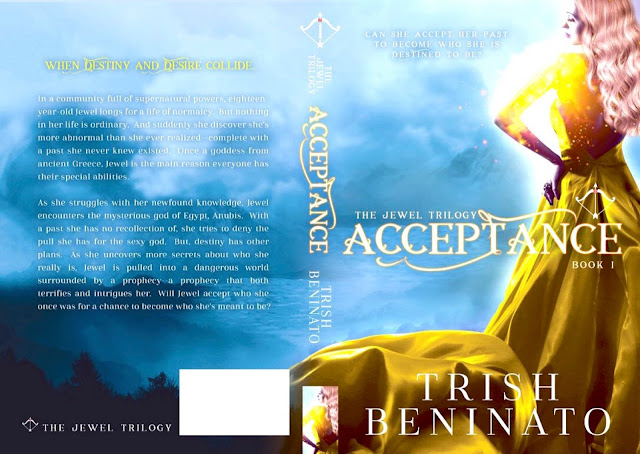