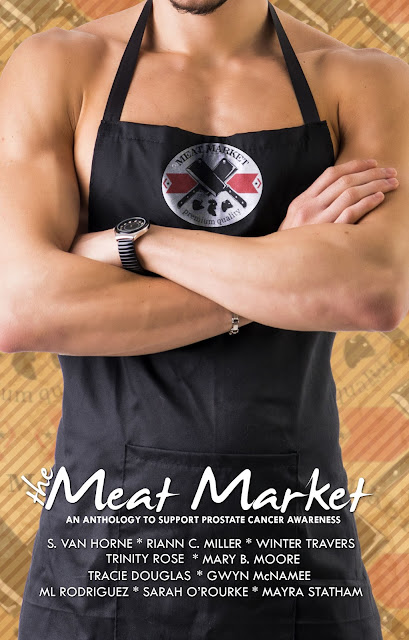 When Jason Somers inherited the family butcher shop, he had no idea he was taking the helm of a sinking ship. With the help of his younger brother Jaxson, a plan emerged to save The Meat Market.

What better way to earn some extra cash than to target one of their biggest customer group’s most basic needs.

All they needed were some willing men and some clever marketing.
The Meat Market is now the go-to place to order prime cuts of meat, both for human consumption and companionship.
The women of Chicago know where the best cuts can be found.
Come into The Meat Market and order whatever looks appetizing. 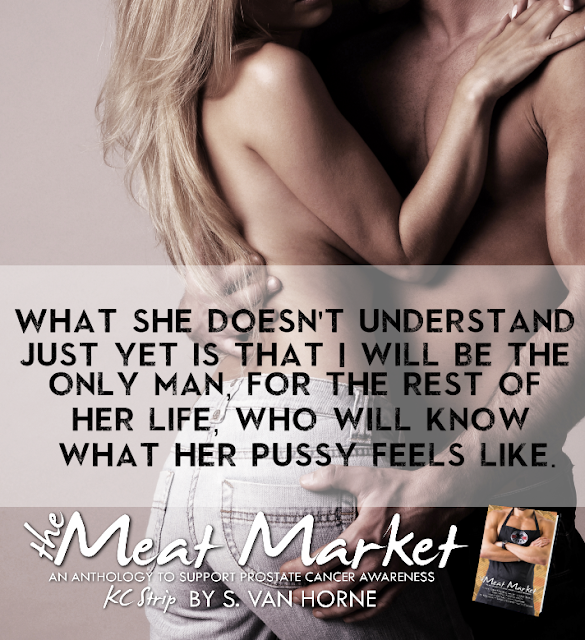 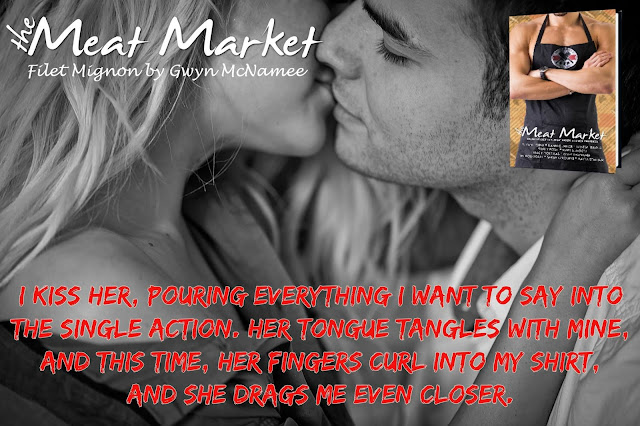 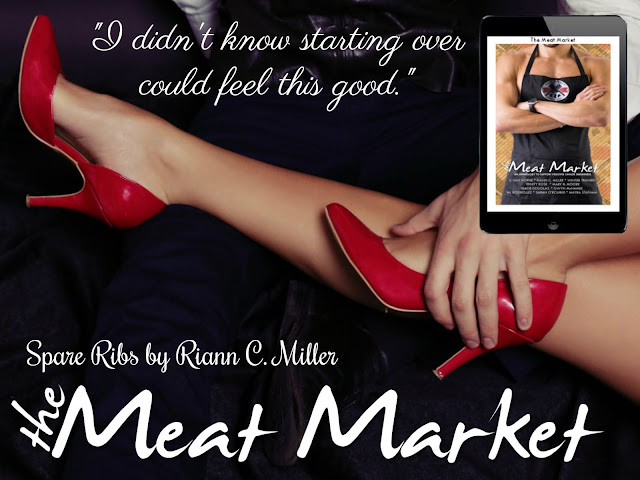 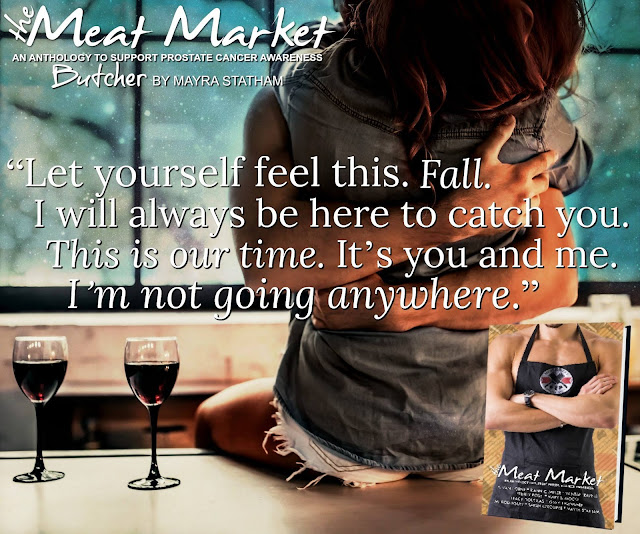 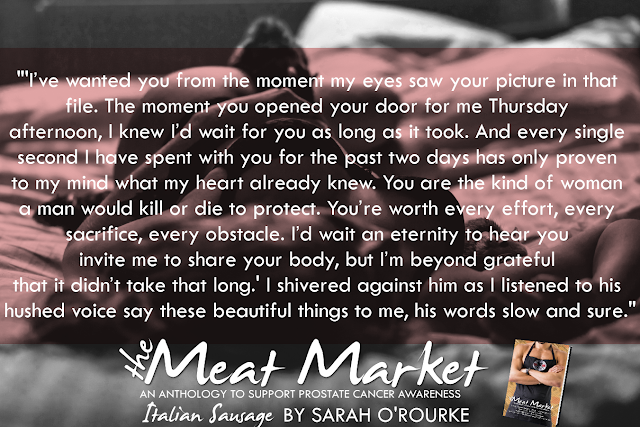 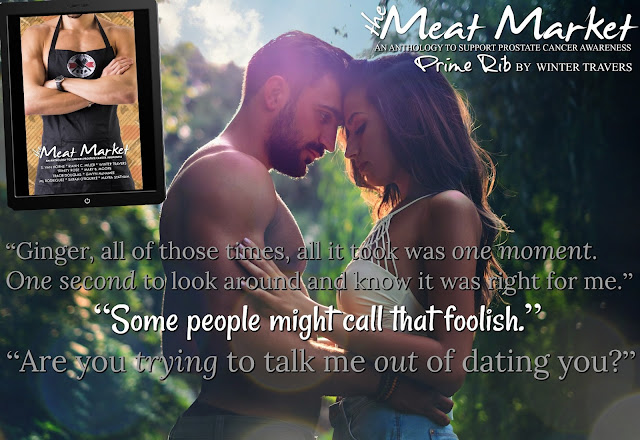 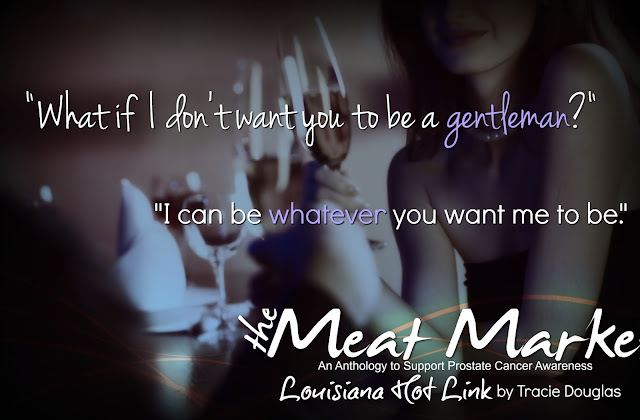 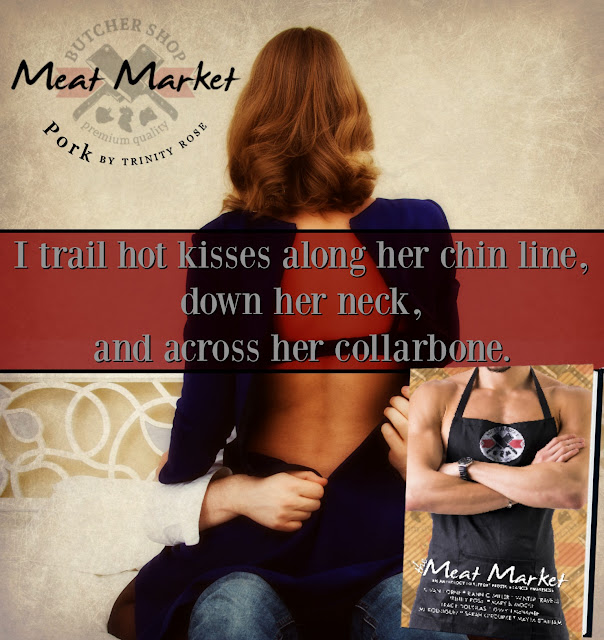 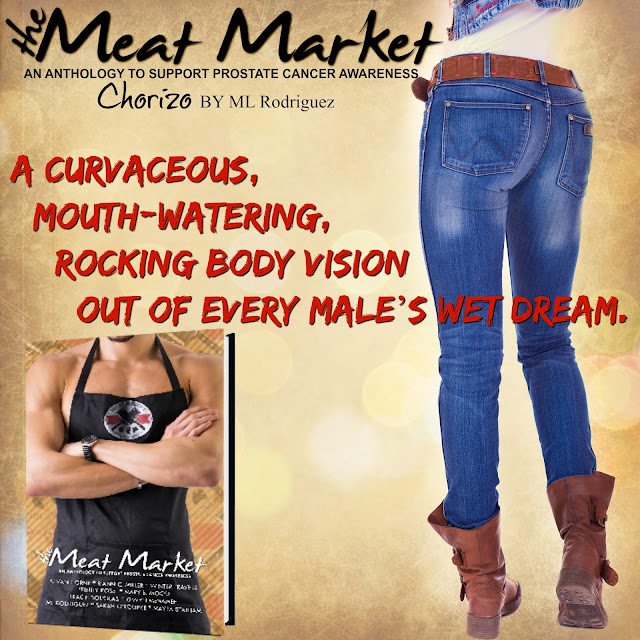 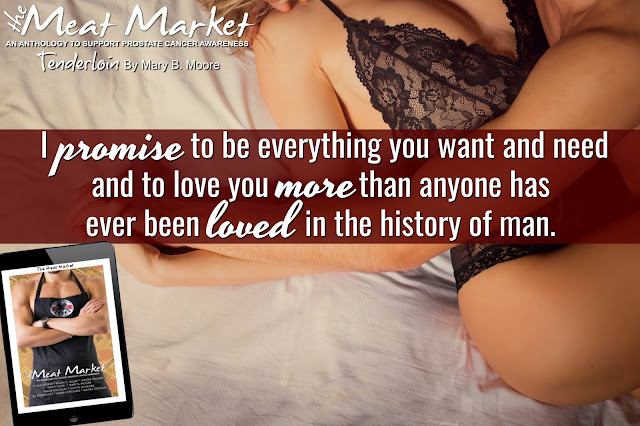 S. Van Horne was born and raised in the small town of Belton, Missouri, which is a part of the Kansas City metropolitan area. She’s from a very large family and is the oldest of six. Growing up, she didn’t have the easiest life. She learned quickly that family means everything, even if it’s the type that you get to pick for yourself.

She met the love of her life at the early age of twenty and was married just after nine months of meeting him. Shortly after marriage, her husband rejoined the U.S. Navy and they moved from Kansas City and started their journey together. Currently they have two amazing children, a boy and a girl, and are still enjoying the Navy life.

She spends her days being a wife, mom, reading books, writing her latest novel, watching her beloved Kansas City Chiefs or Kansas City Royals, watching movies, hanging out with family and friends and having girls’ day at least once a month.

Riann C. Miller lives in southeast Kansas and writes steamy contemporary romance stories. When she’s not reading or writing, she spends time with her friends and family or you might catch her watching a baseball game with a beer in her hand.

Winter Travers is a devoted wife, mother, and aunt turned author who was born and raised in Wisconsin. After a brief stint in South Carolina following her heart to chase the man who is now her hubby, they retreated back up North to the changing seasons, and to the place they now call home.

Surviving on caffeine most days, Tracie Douglas lives in Southern California with her husband, two children, two dogs and one really fat cat. She spends her days chasing children and fur babies, all while maintaining the illusion of sanity.

Her nights are spent toiling away at the keyboard, creating a world filled with hot men and strong women. She loves to read and write all types of book but tends to lean on the darker side of the spectrum. She’s pretty handy with a crochet hook too.

Tracie loves to hear from her readers!

Gwyn McNamee is an attorney, writer, wife, and mother (to one human baby and two fur babies). Originally from the Midwest, Gwyn relocated to her husband’s home town of Las Vegas in 2015 and is enjoying her respite from the cold and snow. Gwyn has been writing down her crazy stories and ideas for years and finally decided to share them with the world. She loves to write stories with a bit of suspense and action mingled with romance and heat.

When she isn’t either writing or voraciously devouring any books she can get her hands on, Gwyn is busy adding to her tattoo collection, golfing, and stirring up trouble with her perfect mix of sweetness and sarcasm (usually while wearing heels). An admitted shoe whore, Gwyn’s closet rivals Carrie Bradshaw’s and is constantly expanding.

Gwyn loves to hear from her readers!

Trinity Rose (AKA Jamie Cercone) was born and raised in southwestern New York. Never in her wildest dreams did she see herself become an writer, but with one sentence you read that shit some much you should just write it!” from her hubby the rest is history. Now this devoted wife, mother of two awesome kids and RN writes about alphas, strong willed women and badassery. When she’s not writing, playing mom, performing her wifey duties or saving lives you can find her surviving on Nutella, Halloween, purses and reading.

Go and stalk Trinity Rose at the follow social media and drop her a line:

I've always been an avid reader and writer, so when my best friends (three males who drive me closer to insanity daily) dared me to publish, in fact triple dared with no returnseys, I couldn't say no - the forfeits are always painful. Deciding to shelve all of the work I'd ever done and to start with a new project was my best idea though, at least I think so. After being on the brink of insanity many times, I'm delighted to confirm that I came out of it with my dignity still intact...just!

I'm the daughter of diplomats who has lived all over the world and you'd be hard placed to figure out where my accent was from - it's a Heinz 57 variety accent. My poor child has also picked up my accent and vocabulary, which is predominantly American I guess. We should really be classed as having United Nations accents.

My projects so far are a contemporary romance series called the Providence Series, an MC series which I love called Luther’s Vengeance and also a paranormal series. In Luther's Vengeance, I'll be using my background to make it as 'real life' as possible, never let it be said my childhood was boring.

For now though, it's going to mainly be about the romance...lots of romance!!

A proud Texan, ML Rodriguez resides in Bavaria, Germany with her husband, two children, and their dog--Bolt. When she’s not writing, she loves to drive her husband crazy, laugh at the hilarious things her children come up with, or enjoys curling up on her couch with her Kindle.

Sarah O'Rourke is actually TWO besties who live three states apart and write at all hours of the day and night! Born and raised in the Southern United States, they are overly attached to their one-click accounts, can’t make it through the day without copious doses of caffeine, and spend way too much time on the phone with each other.

Between them, they have four children and eighteen years of marriage...one to a super soldier and the other to egomaniac engineer. They hate empty chocolate wrappers and writer’s block, love to talk to readers...and oh, by the way, they write about strong, kick-ass women and hot alpha heroes!

Mayra Statham resides in southern California with her three kids and husband. When she isn't writing or hanging with family, you can probably find her hidden behind a romance novel while having a highly caffeinated iced drink. 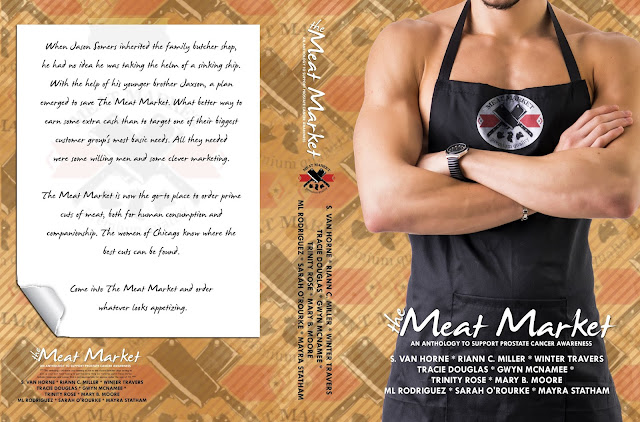